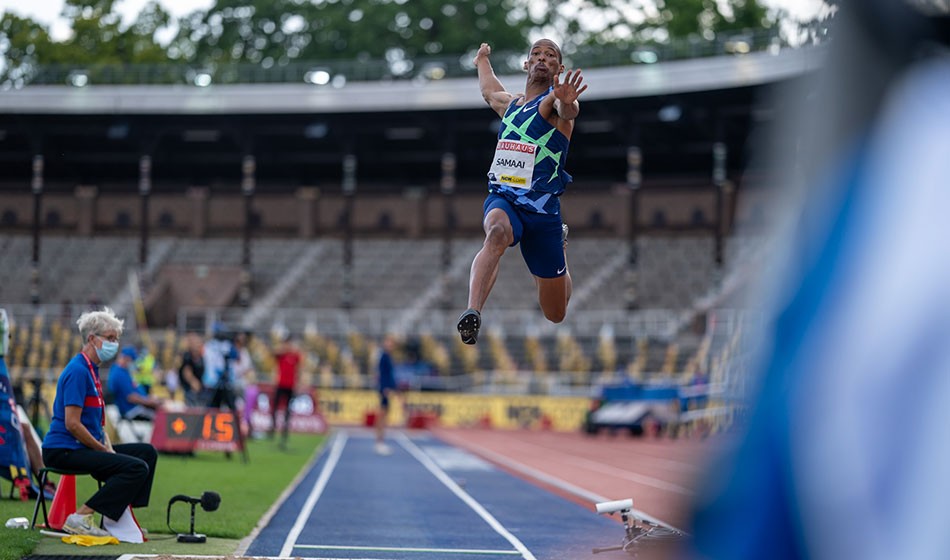 “I’m happy with my four times over 8m, but I’m not so happy with the competition system!”

That was the verdict of Thobias Montler after his second-place finish in a long jump competition which has attracted attention this weekend for all the wrong reasons.

Montler had three jumps in excess of eight metres – leaping 8.13m twice as well as reaching 8.01m – which left him at the top of the standings after five rounds and with the longest jumps of the day. Stockholm, however, provided the Diamond League debut of the ‘Final Three’ experiment, which sees the top trio of athletes competing in a sixth-round jump-off to decide first, second and third place.

It is a system – trialled indoors earlier this year – which was roundly criticised by athletes and fans beforehand, with The Athletics Association going so far as to release a statement on the eve of the competition to outline the widespread objection to the concept. In practice, it worked as it was supposed to when the event began – yet the outcome left many people scratching their heads.

In the end, men’s victory went to South African Ruswahl Samaai after his 8.09m in the sixth round exceeded the final 8.06m jump produced by Montler. Finland’s Kritian Pulli completed the top three after his earlier 8.02m, but fouled his final jump.

There was consternation in the women’s event, too. Ukrainian Maryna Bekh-Romanchuk won overall with a final three jump of 6.85m, beating Olympic triple jump champion Caterine Ibarguen’s 6.61m. Sweden’s third-placed Khaddi Sagnia had a closing jump of 5.73m, however she had leapt 6.83m in round two.

For the British contingent competing, there were season’s bests for Abigail Irozuru (6.57m) and Katarina Johnson-Thompson (6.52m) in fifth and sixth respectively. Shara Proctor was ninth with 6.14m.