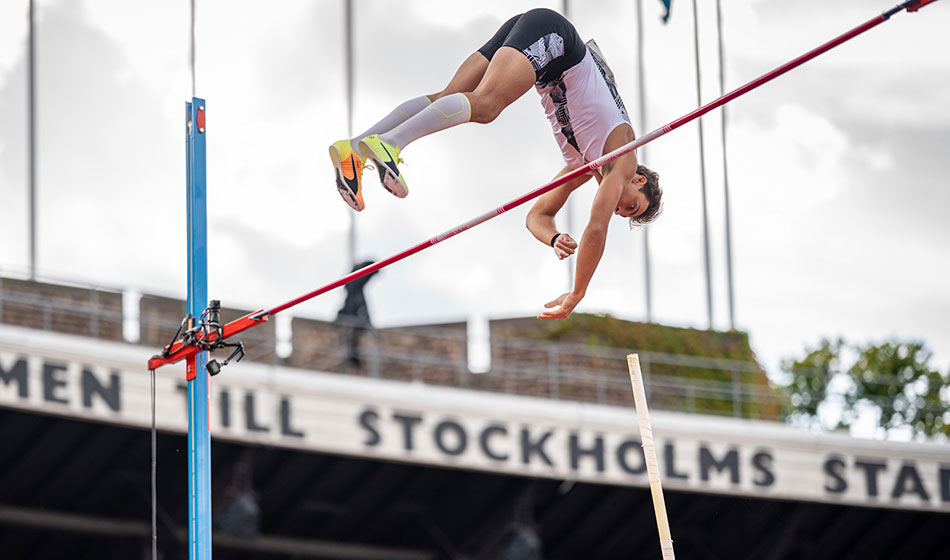 The pole vault competitions got the action under way in Stockholm on Sunday, with both providing plenty of talking points as Mondo Duplantis had yet another attempt at rewriting the record books while Holly Bradshaw savoured Diamond League victory for the first time in her career.

American-born Swede Duplantis always draws plenty of attention in the country he competes for on the international stage, and the world record-holder was determined to put on a show. When world champion and main rival Sam Kendricks surprisingly failed at all three attempts to clear 5.73m, victory was assured for the 20-year-old. Winning was not the only thing on Duplantis’ mind, however.

Having cleared 6.01m – a stadium record – the man who broke the world record with a 6.18m vault indoors in Glasgow back in February immediately put the bar up to 6.15m – a mark which would have represented the highest outdoor clearance in history. With the wind swirling and no fans to spur him on, however, the task proved to be beyond the powers of even this highly talented individual and he failed with his three attempts.

There are ominous signs for his competitors, however.

“I felt good, a little bit of a slow start for the outdoor season but I’m getting into the rhythm of things,” said Duplantis. “I just want to get back into the shape where I feel I can make 6 metres more (often) than that. I wanted to make my first attempt and try and secure the victory. I did that and had a clean sheet up to 6.15, got the win, got the stadium record which is also really important to me. (Having an empty stadium) is just the reality of things for the moment. It’s not as fun for sure, you don’t have that energy when you jump, that adrenalin rush, but it is what it is.”

Belgian Ben Broeders was second with a best vault of 5.73m, while Kendricks was third with his below-par 5.53m. 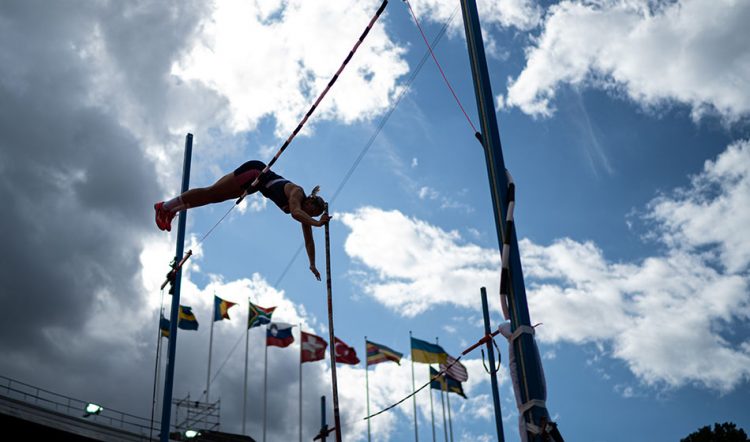 Like many athletes, it has been a very strange year for Holly Bradshaw. It’s not so long ago that she was having to make do with training in her garage and a local car park, so the woman who finished fourth at last year’s world championships was thrilled to taste Diamond League victory for the first time in Stockholm.

The Briton’s third-time clearance of 4.69m was enough to finish first and hold off the attentions of Sweden’s Angelica Bengtsson, who could not clear that height and finished with a best of 4.62m, while another home athlete – Michaela Meijer – was third with 4.52m.

Bradshaw failed in her subsequent attempts to get over 4.74m but was delighted with her day’s work and insists there is more to come from her this season, saying her British record of 4.81m is “not off the cards”.

“I was really coming into this feeling carefree and grateful for the opportunity to compete,” she said. “I didn’t really know back in March, April and May – when I was training in a car park – just how many competitions I’d get and it was just a fabulous competition. It was really challenging with the wind but I really enjoyed it.

She added: “It means so much. I’ve never won a Diamond League event and I’ve been going to them since 2011/2012 so to win one, in such a good field – I’m really pleased. The season so far has totally exceeded my expectations.”

Elsewhere in the field, there was an impressive battle in the women’s high jump, as Ukrainian Yaroslava Mahuchikh equalled the world lead of her compatriot Yuliya Levchenko when she cleared 2.00m with her final attempt. Levchenko was second with 1.98m and Australia’s Nicola McDermott third with 1.93m.