Will new long jump format take off in Stockholm? 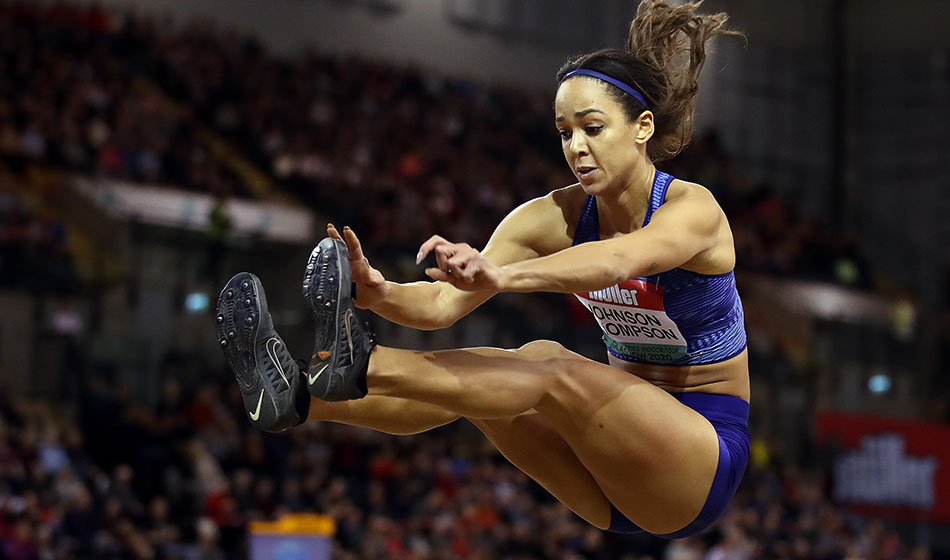 Diamond League meeting will trial “Final Three” initiative this weekend, but athletes have been quick to criticise plans

Last week’s Wanda Diamond League meeting in Monaco produced all manner of talking points thanks to some truly memorable performances but the tour’s next stop, in Stockholm, is already causing a stir amongst field athletes before even a step has been taken in the Swedish capital’s Olympic Stadium.

With the athletics season truncated and altered beyond recognition by COVID-19, Wanda Diamond League CEO Petr Stastny admitted: “We want to be innovative and try out new concepts. Given the impact that COVID-19 has had on the WDL this summer, this is certainly the right year to experiment a little.”

That experimentation will be in evidence during the long jump competition at the BAUHAUS-Galan on Sunday – but the plans are not proving to be a hit with their target market.

As announced earlier this week, the format of both the men’s and women’s long jump competitions this weekend has been altered from the traditional set-up.

“The winner of both long jump competitions at the Wanda Diamond League meeting in Stockholm on 23rd August will be determined by ‘The Final Three’ – a mini final contested by the three highest placed jumpers after five rounds of competition,” read a Diamond League press release.

“In the ‘Final Three’ (effectively the 6th round) each of the athletes will have one further jump,” it continued. “Whoever records the best jump out of the three is the winner of the event. In a case of a tie the best performance from the previous five rounds will determine the winner.”

In a bid to explain the thinking behind the move, Stastny added: “This format is likely to award athletes who have the ability to perform under the most intense pressure. We think it will bring more drama to the field events as nothing will be decided until the very last performance.

“A jumper who sets a new record (personal, national, area or world) in rounds one to five will keep that record, whether or not they qualify for the ‘Final Three’.”

It did not take long, however, for the field event fraternity to voice serious and passionate objections to a format which was trialled in the World Indoor Tour events in Karlsruhe and Glasgow earlier this year.

The women’s event at the Emirates Arena proved anti-climactic rather than dramatic when all of the top three fouled their ‘jump-off’ attempts. In Germany, Spain’s Eusebio Caceres won with a leap of 7.99m while Ukraine’s Vladyslav Mazur was runner-up with 7.84m, despite that distance being shorter than the 7.88m leapt by German Julian Howard in an earlier round.

A number of high profile athletes took to social media to make their feelings clear about the plans for Stockholm. Olympic and world triple jump champion Christian Taylor, who launched The Athletes Association last year in a bid to fight for athletes’ rights, tweeted: “I hope this idea DOES NOT continue after this season. I also wish @WeAreTheSport could speak with the athletes or working group that believed this was a “good” idea. I would like to understand how this could possibly be better than the traditional format.”

In a later tweet he added: “So many great performances happen in the last round. Now this opportunity will be taken from them.”

I hope this idea DOES NOT continue after this season. I also wish @WeAreTheSport could speak with the athletes or working group that believed this was a "good" idea. I would like to understand how this could possibly be better than the traditional format. https://t.co/bJDVvugVhY

Britain’s former Olympic, world, European and Commonwealth champion Greg Rutherford echoed those sentiments when he tweeted: “Yet again the jumps are getting messed with. IT DOESNT WORK! TV doesn’t show it as live. Reading the final paragraph of the report makes me want to bang my head against the wall… surely a true measure of pressure is giving EVERYONE a chance to win?”

Four-time Olympic champion Carl Lewis did not hold his feelings back either, with the American tweeting: “This is silly. It will hurt completion, athletes and will be less exciting.”

British long jumper Jazmin Sawyers, a European and Commonwealth silver medallist who was one of the top three at that meeting in Glasgow, added: “Are you gonna take only the last 50m split of the 400 and declare the fastest split the winner? Stop this nonsense, *please*.”

With athletics forever competing with other sports for attention, innovation and change is seen by many as an  absolute necessity as the landscape continues to alter. Whether this kind of innovation takes off, however, remains to be seen.