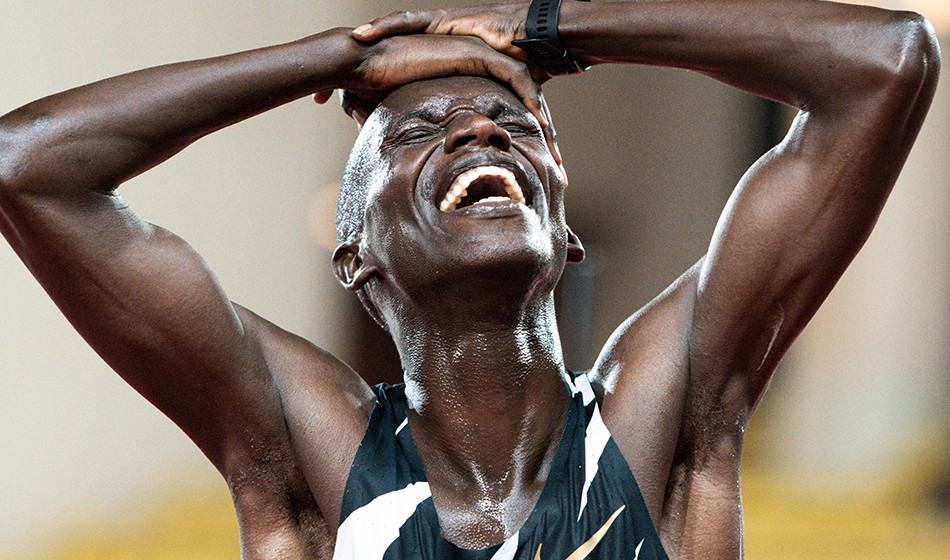 Joshua Cheptegei stormed to a world 5000m record at the Herculis EBS Meeting in Monaco on Friday evening as Diamond League action returned in stunning style.

In an interview with his NN Running Team ahead of the event, world 10,000m and cross country champion Cheptegei had said: “I believe if there is a time to attack the world record, it is this year. It is now or never.”

Following pacemaker Roy Hoornweg through 1000m in 2:31.87 and Matthew Ramsden through 2000m in 5:03.77, Cheptegei maintained the pace with around 60-61-second laps, guided by wavelight technology.

“I think Monaco is a special place and it’s one of these places where I could break the world record,” said the 23-year-old.

“It took a lot of mind-setting to keep being motivated this year because so many people are staying at home but you have to stay motivated.

“I pushed myself. I had the right staff with me, the right coach. I’m also usually based in Europe, but being based in Uganda with my family was actually great. I will for sure celebrate the world record when I get home.”

Bekele later shared a photograph of his own world record celebrations 16 years ago with a message of congratulations for Cheptegei.

“I have great memories of running my world record in Hengelo 16 years ago,” he wrote on Instagram. “It is very difficult to run any world record. Congratulations to my team-mate Joshua Cheptegei for running a new world record for 5000m tonight in Monaco.”

In the women’s 5000m, it was Kenya’s world champion Hellen Obiri who proved an unbeatable force. Ethiopia’s world 10,000m silver medallist Letesenbet Gidey remained with the Kenyan until the closing stages, when Obiri moved through a gap on the inside and kicked to victory.

Laura Weightman ran a PB of 14:35.44 in third to move to second on the British all-time list behind Paula Radcliffe. Click here to read more about the race and watch a video interview with Weightman.

Another superb race was the men’s 1500m which saw success for Kenya’s world champion Timothy Cheruiyot in 3:28.45 ahead of Norway’s teenage star Jakob Ingebrigtsen in a European record of 3:28.68. 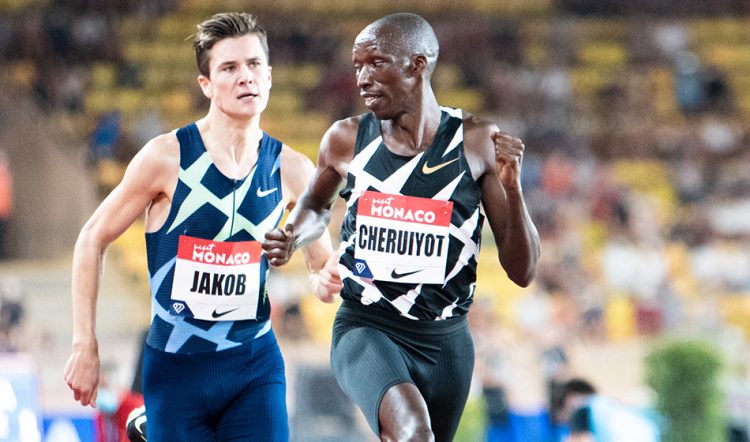 Jake Wightman finished third with a 3:29.47 PB to go second on the UK all-time rankings, with only 10-time global track champion Mo Farah having gone faster among Brits. Click here for our separate race report.

Over in the men’s 800m there was another world lead set by Donavan Brazier as the American improved on the 1:43.84 he ran in July. Looking comfortable as he crossed the line in 1:43.15, he finished ahead of his compatriot Bryce Hoppel, who was one of a number of athletes to set a PB in the race, with 1:43.23. Britain’s Kyle Langford finished fifth in a PB of 1:44.83.

Laura Muir added another British record to her CV this evening as she improved Kelly Holmes' 1000m mark with 2:30.82 at the Diamond League in Monaco! Click the link in our bio to read more and watch a post-race interview. 📸 by Etienne Fiacre for @diamondleaguemonaco #lauramuir #1000m #britishrecord #diamondleague #athletics

Ciara Mageean ran 2:31:06 to finish third, with her time taking more than three seconds off Sonia O’Sullivan’s 27-year-old Irish record, while Muir’s training partner Jemma Reekie finished fourth in a PB of 2:31.11 as they all moved into the top 10 on the world all-time rankings.

“I feel great to be back racing and after all we’ve been through, it was a great race today,” said Kipyegon. “Having Laura so close to me coming at the front helped me to push myself.

“Training in isolation was really hard, training alone with the tracks in Kenya all closed was complicated, but I managed to train a little bit and I’m really happy to win tonight.”

Both hurdles races also featured world-leading performances, with Norway’s two-time world champion Karsten Warholm winning the 400m hurdles in 47.10 for his second fastest-ever time and the equal eighth best in history ahead of Yasmani Copello with 49.04. Spain’s Olympic silver medallist Orlando Ortega secured 110m hurdles victory in 13.11 ahead of Britain’s Andrew Pozzi who equaled his PB with 13.14. France’s Wilhem Belocian and Grant Holloway of the USA were both also under 13.20.

Sweden’s world pole vault record-holder Mondo Duplantis gained another win as he cleared 6.00m for the first time this year on his third attempt before trying a would-be world outdoor best height of 6.15m.

The competition had been missing the USA’s world champion Sam Kendricks after his poles did not arrive in time, while France’s Valentin Lavillenie reportedly tested positive in a Covid-19 test and could not compete.

Morocco’s world medallist Soufiane El Bakkali won the 3000m steeplechase in a 8:08.04 world lead, while world champion Yulimar Rojas came out on top in the triple jump with a 14.27m leap, as Britain’s Naomi Ogbeta secured sixth with 13.56m on her Diamond League debut.

Ukraine’s world silver medallist Yaroslava Mahuchikh won the high jump on countback ahead of her compatriot Yuliya Levchenko after they both cleared 1.98m.

Further coverage and video interviews from the 2020 Monaco Diamond League are here.