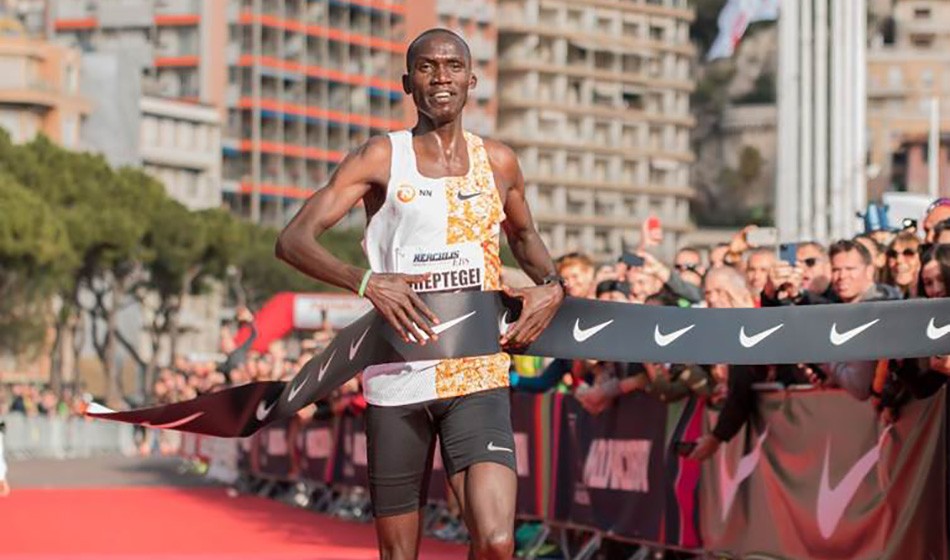 World 10,000m champion runs 12:51 to improve on the fastest ever time for the distance, while Nick Goolab breaks British best

Improving on Rhonex Kipruto’s 13:18 which had been set en route to his 26:24 world 10km record in Valencia last month, Cheptegei’s time at the Monaco Run 5km also beats the previous fastest ever time for the distance, which was Sammy Kipketer’s 13:00 from Carlsbad in 2000, run before it was an official world record event.

“I had sub-13 minutes in my mind today so when my legs felt good during the race I decided to really go for it.

“To take this many seconds off the record makes me very happy and is a great first test for me in an important season.”

Given the current discussion around Nike’s Vaporfly shoes, the world record performance was met with some comment on social media that Cheptegei had achieved it while wearing Nike footwear.

Britain’s Nick Goolab was also among the record-breakers as he improved the UK best with his time of 13:27 for third place. He replaces Rob Denmark and Mo Farah at the top of the British all-time rankings, with the pair having clocked 13:30 in 1996 and 2006 respectively.

Liv Westphal broke the French record to win the women’s race with her time of 15:31.