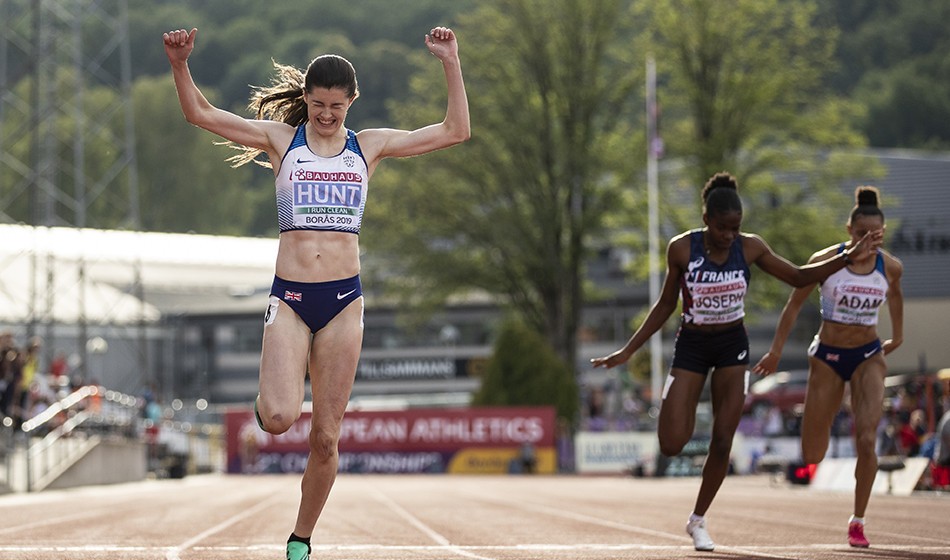 Amy Hunt says the careers of young athletes should not be dictated by their body shape but by what they enjoy and wish to pursue, following her own experience of being categorised as a middle-distance runner due to her height.

The world under-18 200m record-holder was initially encouraged to run the 800m and says even now she receives comments about stepping up to the 400m, despite having a half-lap best of 22.42 to her name.

“You’re growing and developing and you should be able to do what you want without anyone placing any barriers in your way or placing any limitations on you and making judgements and decisions on your behalf because of your body shape, which at a young age is probably likely to change in the next few years anyway,” says the 17-year-old, who claimed double European under-20 gold in the 200m and 4x100m following her record-breaking run in Mannheim this summer.

“In my first year I did mostly 800m. Someone saw me and said, ‘you’re not a sprinter, you’re tall and lanky – go in the middle-distance group’. I ended up doing the 800m but ran a fast 200m time and ever since then I have been a sprinter!”

She adds: “You can do anything you set your mind to.

Her decision to stick with the short sprints has certainly paid off so far and she is excited to see what 2020 has in store, with the World Athletics Under-20 Championships her main aim.

» Click here to read more from an interview with Amy Hunt, including reflection on her record-breaking year