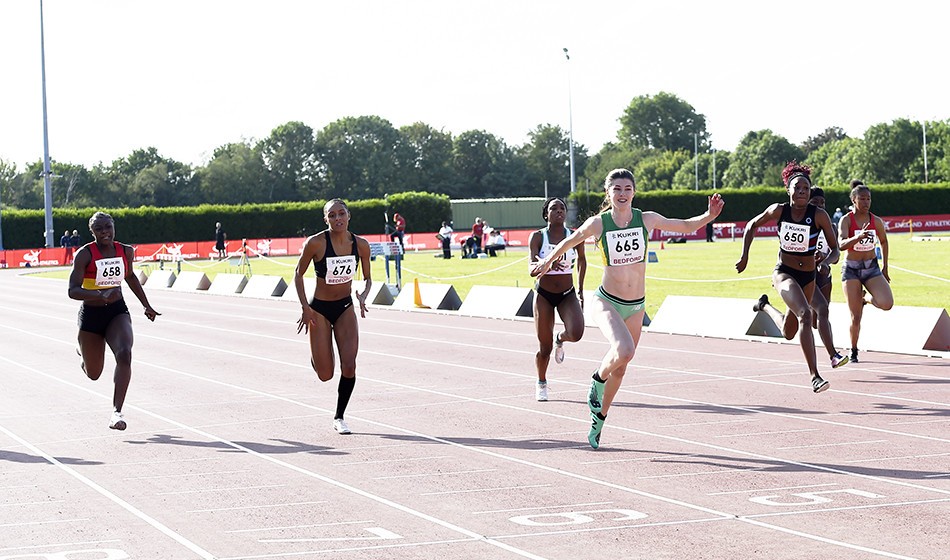 Amy Hunt’s 22.42 at the Mannheim junior international in Germany on Sunday not only smashed Dina Asher-Smith’s British under-20 record but it was a world under-18 best. Remarkably, she only turned 17 in May too.

Hunt is a prodigious teenage talent but her time in Mannheim shocked even those familiar with her ability. Her PB prior to the event was 23.17, which she ran into a slight headwind at Loughborough earlier this summer, whereas her 22.42 was aided by a tailwind of 1.7m/sec as she beat Asher-Smith’s junior best of 22.61.

What’s more, the time puts her No.3 on the UK all-time senior rankings behind Asher-Smith and Kathy Cook.

honestly still in shock, thank you so much to everyone who made this possible pic.twitter.com/BA0sDa5BER

Hunt grew up in Grantham and initially ran middle and long distance as a child before finding her talent as a sprinter and being coached by Ian Richards and Andy McMahon at Grantham AC.

Soon she began to develop a winning habit, clocking 26.4 for 200m in 2014 to top the UK under-13 rankings that year in her before winning her first English Schools sprints title in 2015 as a first year under-15

She then went unbeaten in 2016 against athletes from her age group as a 14-year-old in 2016 and ended the season with AW featuring her in our young athlete column.

On that occasion the AW writer, Emily Moss, wrote too many words for the space on the page but apologised by saying: “It is a bit longer than usual, but she is a talent!”

Sport runs in the family as her father is a keen triathlete and she also played netball, hockey and rounders.

But her performances have really taken off lately as she has joined Charnwood AC and is coached in Loughborough by Joe McDonnell – a coach known for developing para-athlete sprinters Sophie Hahn, Libby Clegg and Thomas Young.

At 100m the tall, long-striding youngster has run 11.31 – and she has already been selected to race that distance at the European Under-20 Championships in Boras, Sweden, in July, where she will surely start red-hot favourite.