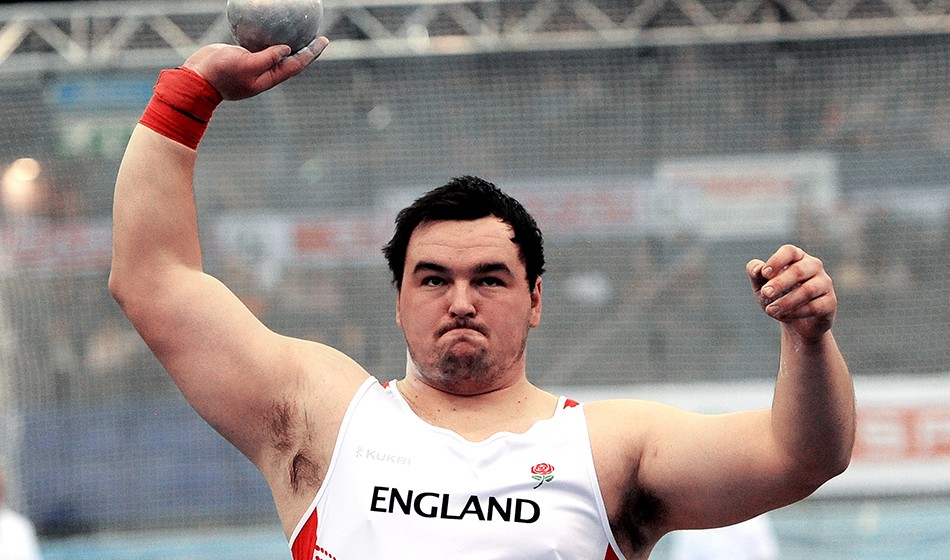 From pushing a truck, to sessions in his ’emergency throwing cave’, Scott Lincoln got creative when it came to finding ways to train during lockdown and his methods appear to be paying off.

The British shot put champion started his summer with a PB at a pilot event at Shaftesbury earlier this month, throwing 20.41m to add two centimetres to his previous best set in the Czech Republic last August.

He believes there’s much more to come, too.

“I feel there is a lot more in the tank,” he told AW after his season opener. “Big throws are coming, I feel!”

A bricklayer by trade, Lincoln has been working for much of lockdown but says he treated a three-week furlough period as “like a training block”.

He had already created his own gym at his workshop and then introduced other alternative training methods along with his coach, Paul Wilson, such as truck pushing and net throws.

“When lockdown first happened we were only allowed to leave the house for exercise so I was cycling down to my gym and we created a net in the doorway so you pulled the door up and it pulled the net up with it,” Lincoln explains.

“Just before lockdown I bought a sheet of plywood and made a circle out of that. We’ve got a bit of land by our workshop so I have been pretty lucky in that respect.”

First throwing session in the emergency throwing man cave was a success! 😝 pic.twitter.com/o1nQkBAzRS

Lincoln, who won his 10th British shot put title in Glasgow earlier this year, also benefited from a virtual series organised by Wilson, which saw him team up with his fellow UK champion Sophie McKinna and take on a GB juniors team in three live-streamed remote contests.

“We came up with the idea of doing these mock competitions and then one thing led to another and that’s what happened with the virtual competitions,” Lincoln says.

“It worked out pretty well, it was just something to keep us motivated more than anything.

“I wouldn’t say I got fired up as much as I would in a proper competition but it was something to look forward to and train for.”

Something which has really been firing Lincoln up, however, is the thought of next year’s Olympic Games, especially as the 27-year-old feels the qualifying standard of 21.10m is now within reach.

“It was all boding well to qualify for the Olympics, I felt I was in shape to do it and then obviously it was cancelled and everything was up in the air but it’s good to have targets for next year now,” he says.

“I am in the shape of my life. I did pretty well indoors although I wanted to throw a bit further. It was more a mental barrier rather than anything physical. I’m working with a psychologist now, I feel like I am excited to get out there and try some new stuff.

“I speak with some Americans that I went to train with who have done 22 metres and things and they say that I am capable of 21.50m-plus, at least, and I believe that, my coach believes that,” adds Lincoln, who spent time training in Arizona in 2018.

“From now until the Olympics, every single throw I do means something. Whether it be a learning throw or a good throw, I have got something out of it.”