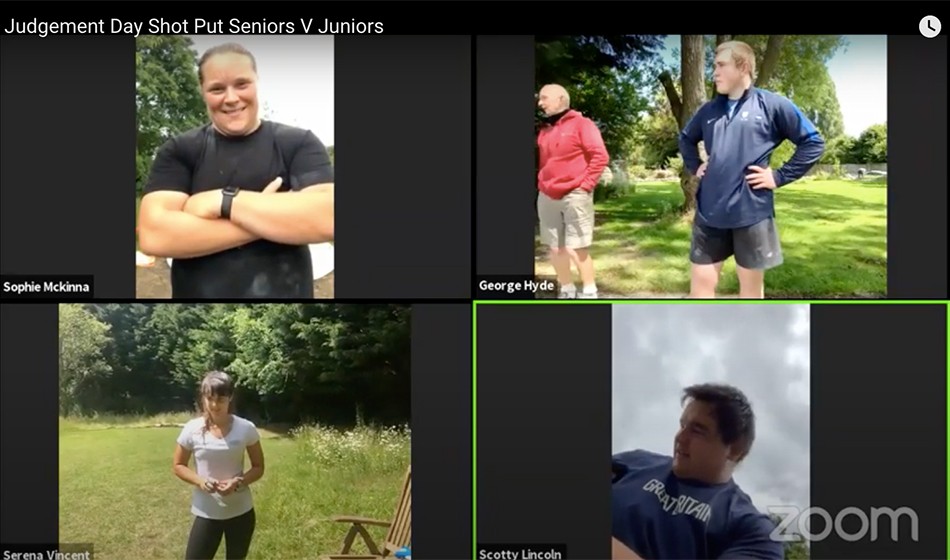 The GB senior team of Sophie McKinna and Scott Lincoln claimed overall success in the Valhalla Virtual Shot Put Competition series after winning the final ‘Judgement Day’ event by just a single centimetre over the junior duo of George Hyde and Serena Vincent on Saturday.

The first event had also seen the two teams separated by only 1cm as juniors Vincent and Lewis Byng claimed victory ahead of senior British champions McKinna and Lincoln, while the tables were turned in the second competition.

With one win each it came down to a final decider, with the seniors scoring 37.73m and the juniors 37.72m after their 3 metre handicap was added.

Great finish to the Valhalla shot put series! 1cm win for the seniors which means an overall 2-1 to me and @shotputtlinco ! Very close to 18m today for me, 17.95, just missed the end. Getting closer pic.twitter.com/KHQSzBhyv0

Although the results cannot count as official marks, all of Vincent’s valid throws were further than her official PB of 15.47m with the 4kg implement and she had a best of 16.15m, while Hyde’s best was 18.57m, which also improves on his official PB of 18.23m.

The event was created by Lincoln’s coach Paul Wilson and also featured an open competition, which saw athletes from a range of age groups around the world take part. The elite contest was streamed live for fans to watch on YouTube.

Full results can be found at instagram.com/valhallathrowsacademy/

The virtual competitions, which have been free to enter and had support from athletic equipment supplier Neuff, encouraged donations for the NHS and Wounded Highlanders.

More than £2500 has been raised for each charity, with over 700 entries in the events.