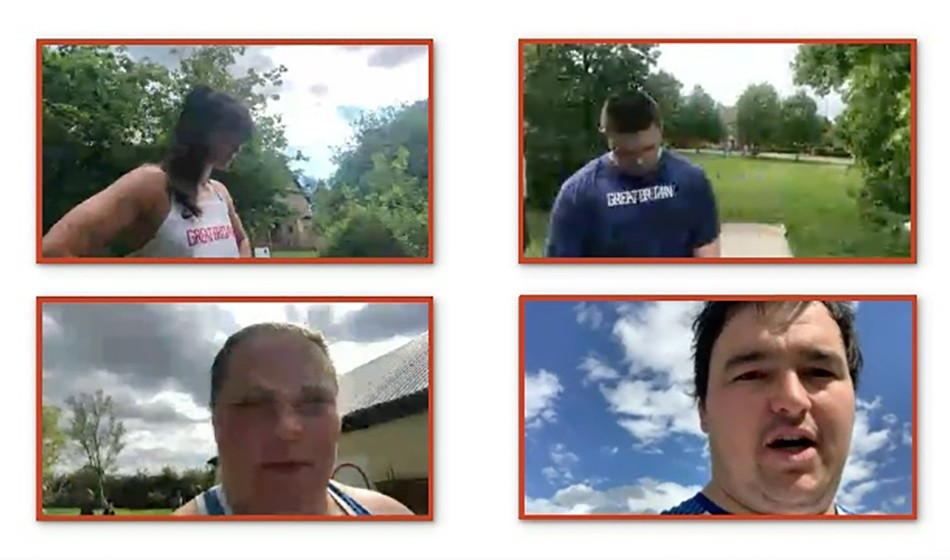 After 24 throws it came down to a single centimetre as top under-20 athletes Lewis Byng and Serena Vincent won the Valhalla Virtual Shot Put Competition against senior British champions Scott Lincoln and Sophie McKinna, 37.69m to 37.68m.

Created by Lincoln’s coach Paul Wilson, Saturday’s event was open to all but featured an elite head-to-head which was streamed live around the world.

In the elite competition, the team result featured the best throw by each athlete, plus a 1.5m handicap for the juniors.

On the senior team, Lincoln saved his best until last as he threw 20.22m with the 7.26kg implement, just 17cm off his official best. But, added to McKinna’s best of 17.46m, it wasn’t enough to clinch victory.

Wilson has since confirmed that a rematch has been set for May 25, with event entry to open during the next week.

“It proves that things can be done when you put your mind to it,” said Wilson, speaking on the live Vinco Sport stream.

“It’s great that people have got involved in an event that people wouldn’t normally see so close up and personal.

“Hopefully this won’t be the last time and we can do this more in the future.”

“We don’t know when we’re going to be able to compete officially again so it’s nice to be able to throw here and simulate a competition.”

The live stream can be watched back at runjumpthrow.com/live/42748/

Results from the open competition, which featured more than 220 athletes from under-11 through to V70, can be found at instagram.com/valhallathrowsacademy/

Please find attached the final results from the Valhalla Virtual Shot Put Competition yesterday. The next one will be held May 25th. If you want to enter please email your name, age, date of birth, PB and weight of shot to [email protected] all are welcome to enter.

A post shared by ValhallaThrowsAcademy (@valhallathrowsacademy) on May 3, 2020 at 1:34pm PDT

The virtual competition, which was free to enter and had support from athletic equipment supplier Neuff, set up a fundraising page for the NHS which has so far raised £1400. See justgiving.com/fundraising/valhallavirtualshotcomp