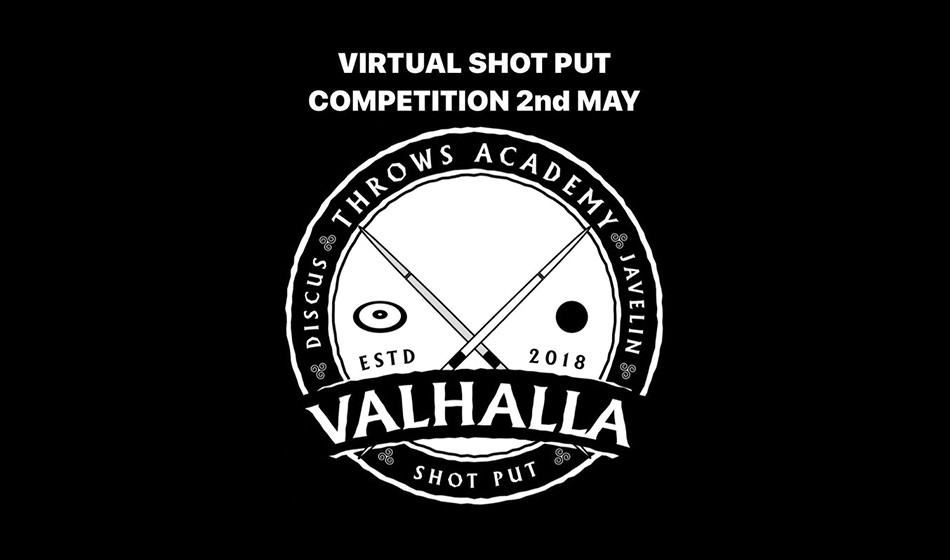 Valhalla Virtual Shot Put Competition will feature British champions Scott Lincoln and Sophie McKinna, while throwers around the world can also get involved

British champions Scott Lincoln and Sophie McKinna are among the more than 160 athletes from around the world who are preparing to take part in a virtual shot put contest this weekend.

Open to all, the Valhalla Virtual Shot Put Competition will also include an elite head-to-head as Lincoln and McKinna go up against top under-20 athletes Lewis Byng and Serena Vincent, with that action to be streamed live.

Virtual events are experiencing a boom as athletes look for ways to get a competition fix during the coronavirus pandemic lockdown. So far in athletics these have mostly been running events, such as the Virtual National Road Relays won by Leeds City’s men and Herne Hill’s women earlier this month.

Keen for shot putters to have a similar opportunity, Paul Wilson, who is the coach of Lincoln, created his own virtual event to take place on Saturday May 2, when Lincoln should have been competing at a meet in Poland.

Initially expecting around 30 entries, the start list now features more than 160 throwers from countries including New Zealand, Namibia, South Africa, Costa Rica, Sweden, USA, Ireland and the UK, with the deadline to sign up remaining open until midnight on Thursday April 30.

“Scott and I were working out how he could train when we went into lockdown,” explains former discus thrower Wilson (pictured below, right, with Lincoln), who now runs the Valhalla Throws Academy.

“On May 2 he should have been throwing in Poland, so we thought we would do a virtual shot put competition instead.

“Then I started thinking, what’s stopping everyone from being able to do this?

“It’s a lot of trust, because what I am saying to athletes is you mark out two lines as if it is a circle and you stay in the circle while someone measures the throws for you. It’s that bit of trust and a bit of fun at the same time.” 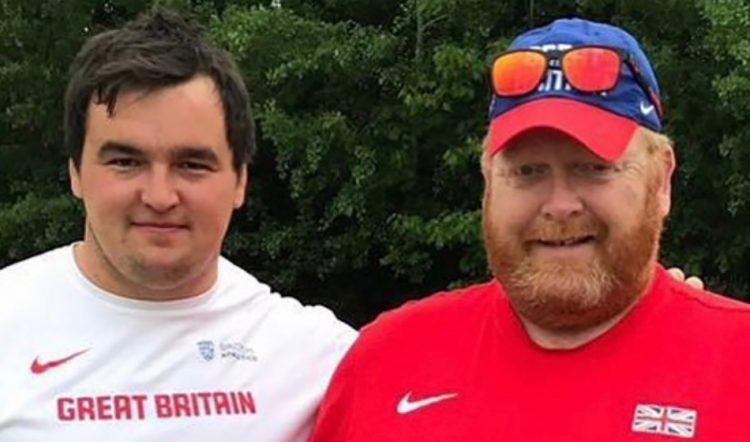 The event has entries from a range of age-groups, from under-13 through to V70, and Wilson hopes it will help to showcase the discipline.

“It’s getting people more engaged in an event that they wouldn’t normally be engaged in,” he says. “It has got engagement with the youngsters because anyone can do it. Not everyone can run 800m or sprint 100m really fast, whereas the shot put – anyone can throw, it doesn’t matter how far.”

Aware that the majority of people will not have their own shot put or indeed a throwing circle in their back garden, Wilson has sent entrants details of how they can set up their own throwing area, with a link to a measuring app in case they don’t have a tape measure.

The event has support from athletic equipment supplier Neuff, who offered a discounted rate for people wanting to order their own shot put to use in the virtual competition, though Wilson is keen to stress that in this case, having an official implement is not required.

“There are so many athletes who don’t have their own implements,” he says. “What I have suggested to these people is, just throw a tin of beans or, if you’re in a park, find a rock!”

Neuff director Sara Cunningham-Neuff said: “Neuff is delighted to support the Valhalla Throws Academy virtual shot competition for a number of reasons. The field events often feel under-represented in athletics, and in this time when everyone is sharing their Strava runs and Zwift sessions, it is wonderful for throwers to have the chance to share their training and competing too.

“It is also a great way of building a community of field athletes in the UK and beyond, and we hope that some of these new virtual links will be maintained and grow once the world re-emerges and physical competition restarts. The opportunity for young athletes to compete with and against some of the leading stars in shot put is fantastic and we hope to see lots of personal bests beaten during the competition.”

The virtual competition is free to enter and a fundraising page for entrants wishing to donate to the NHS has so far raised £350. See justgiving.com/fundraising/valhallavirtualshotcomp

To enter, athletes should email their name, age and date of birth, plus PB and weight of shot if applicable, to [email protected] by midnight on April 30. All of the throws from the competition will be collated and spreadsheets with the results will be posted.

With the global competition taking place across a range of time zones, athletes can throw at any time of day on May 2 but the elite competition will start at 2pm UK time. Vinco Sport will stream the action live here, while updates will also be posted at @valhallathrowsacademy on Instagram.

Word of the event has even reached a certain two-time Olympic and eight-time world champion in New Zealand, as Wilson explains.

“I spoke to Valerie Adams and she apologised that she couldn’t actually enter because her garden is not big enough! In New Zealand they are not allowed to go out of the house, it’s a much stricter lockdown.

“It might be the case that if this event goes well, I might do another one,” Wilson adds. “It gives athletes an idea of where they are if the season does start at some point.”

Meanwhile, another virtual competition with a global theme has also been launched, with the Sri Chinmoy Oneness-World series seeing each of its 5km races dedicated to the health and prosperity of a different continent.

The events take place on Monday evenings until the end of May. Click here to find out more.