Greg Rutherford on Smart Energy GB and his bobsleigh ambitions 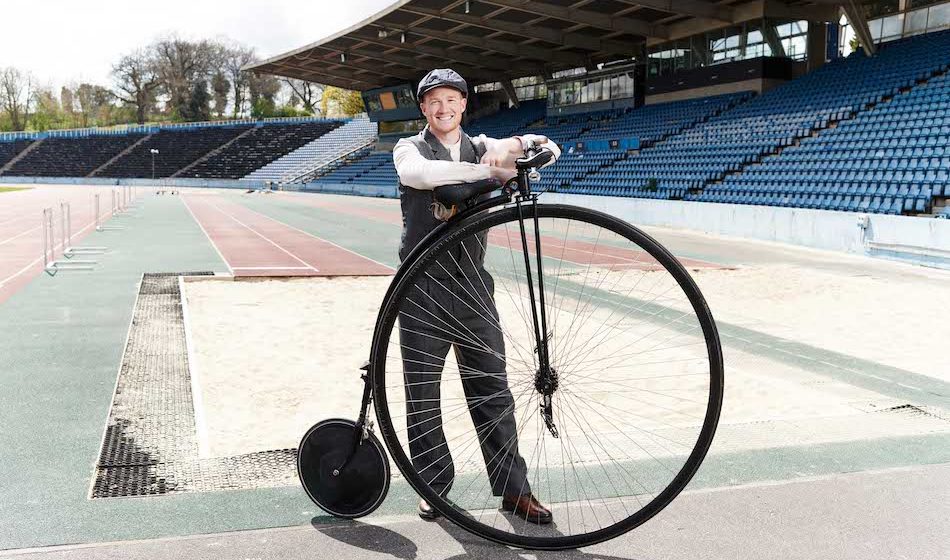 Olympic long jump champion on teaming up with Mr Motivator, Nicola Adams and Kelly Smith, becoming a dad of three and his ambition to win Winter Olympic gold in the bobsleigh

Greg Rutherford has helped launch the ‘Energy Fit for the Future’ campaign by Smart Energy GB, jumping on a penny-farthing bike to showcase the impact of new and old technology, the aim to encourage Brits to upgrade their technology and become more energy/cost efficient by installing a smart meter in their homes.

With Mr Motivator leading the instructions, Rutherford, alongside Nicola Adams and Kelly Smith, was set a series of sporting challenges using old equipment and turned cyclist for the day.

“It was really good fun and it was fascinating watching. None of us had done a sport or event that we had done previously, so seeing Nicola Adams try and hit tennis balls, Kelly Smith with the golf clubs was really interesting. I’ve always wanted to go on a penny-farthing believe it or not so I had an absolute ball of a time. I also had a massive tumble at the end as I wasn’t really paying attention and then forgot to peddle, which meant I went flying over the handle bars,” he tells AW.

“Mr Motivator was a bit of a legend amongst most of our youths. The character you see on TV is very much the person that he is. He’s quite infectious in the way he gets people going and the way he chats with people. I mean the man is nearly 70 years old, that’s what I find utterly remarkable about it, he’s testament to leading to a healthy lifestyle and making the most of it.”

Earlier this month, Rutherford became a dad of three as he welcomed daughter Daphne into the family alongside his two sons Milo and Rex. Getting involved in the ‘Energy Fit for the Future’ campaign has become more personal for the long jumper as he wants to become a role model for his kids in leading a healthy lifestyle.

“We’re [me and Susie] are very keen to get the kids outside and active as it’s good for the body, the same with food and the way they consume it, and then we try and get them to turn off lights if they’re leaving the room. It’s doing everything you possibly you can to give the world the best chance of surviving to the current situation we’re in and long after we’re gone for the next generation. As a dad of three, I don’t want my kids going into the world uncertain and worried about air pollution and the state of the planet,” the 34-year-old says.

“I’ve done a lot since Masterchef on the impact of food waste on the environment so to have Smart Energy involved was brilliant. Anything that we could do to help save the environment through saving electricity, I’m all for.”

Cycling isn’t the only new sport that Rutherford has had his eyes on.

He wants to be the first track and field athlete in history to win both an Olympic and Winter Olympic gold medal, following in the footsteps of Eddie Eagan, who won boxing gold at Antwerp 1920 and then winter gold in the four-man bobsled at Lake Placid 1932.

“I had to ask Susie whether it was the right thing to do it for both me and the family. I also wanted to see if I was right physically and think to myself whether I’m still in good shape to do it. I’ve been fortunate that I’ve been able to keep myself busy, obviously doing the broadcasting side of things as well, but to actually think every day there will have to be a part of that day physically and mentally preparing for something like bobsleigh is a big thing to take on board,” he explains.

Rutherford is good friends with two-time Winter Olympic gold medallist Kaille Humphries, who advised him that his athleticism, plus his recent weight training during lockdown, would stand him in good stead when taking part in the bobsleigh.

“She’s been badgering me since 2014 saying that I should do it! It comes down to is a bit of a ‘why not’ really? If I’ve been backed like someone like Kaille and Stuart McMillan, who is one of the best bobsleigh coaches I’ve seen, and then the British team as well, it’s great motivation,” he adds.

“I don’t want to look back in 30 years’ time and think I should’ve given the bobsleigh a go. I’ll go through the process, I’m fully backing myself to make the Winter Olympics and I think as long as the team can figure it out I’m sure we have a good as any chance to win a medal at the Winter Olympics.”

When Rutherford won his gold medal at London 2012 on that remarkable ‘Super Saturday’, he didn’t have any kids. Now, both his sons Milo and Rex could see him on the podium, once again. 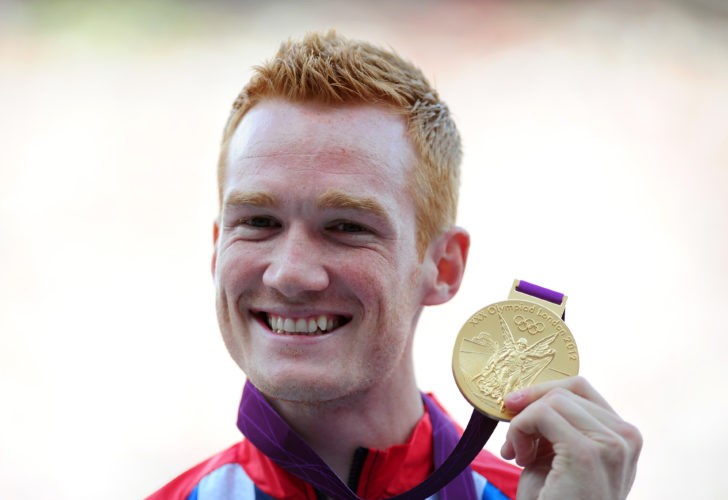 “I think having children puts everything into perspective. All of a sudden the little things don’t matter so much as they want you to be a dad. It’s not that they don’t care but they don’t understand or it’s not important to them that you’ve had a bad training session or whatever it might be.

“Rex will be about four and a half when the winter Olympics comes around but Milo will be seven and I’m hoping if all goes well the family can travel out to China for the last crowing glory of my career!”

Greg Rutherford is part of the Get Britain Energy Fit For The Future campaign, encouraging everyone to do their bit to help modernise our outdated energy system by getting a smart meter – paving the way for smarter homes and more integration of renewables.

You can find out more here.