Consistency is key for Harry Hughes 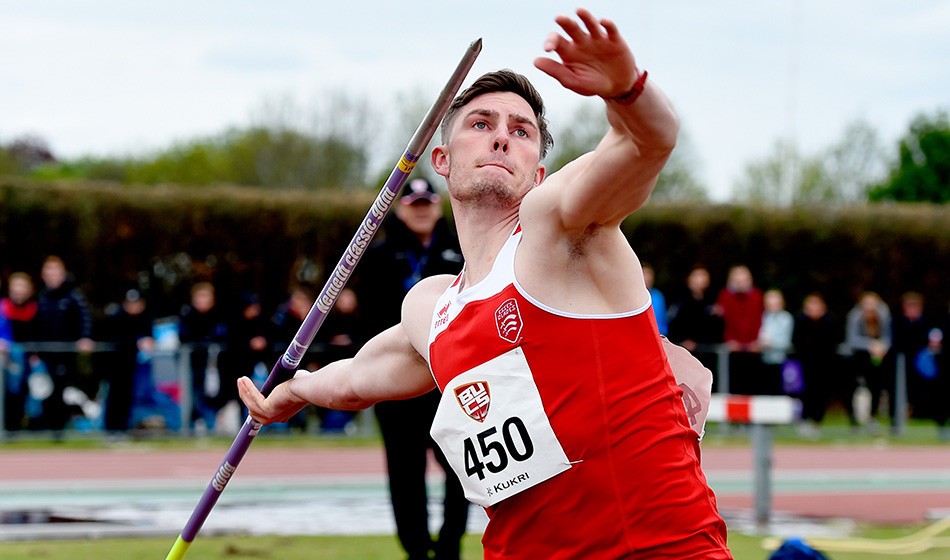 After overcoming career-threatening injuries, javelin man Harry Hughes now throws with metal pins in his elbow and is in the form of his life

When Harry Hughes threw 80.32m at Loughborough last month it was the first time a British javelin thrower had broken the 80-metre barrier since Mervyn Luckwell in 2012.

Achieving the feat helped Luckwell qualify for the London Olympics, whereas Hughes hopes it will provide a springboard for success at the European Under-23 Championships in Gävle in July.

More than anything, though, Hughes hopes it signifies the start of an injury-free season after nightmare back and elbow injuries have hindered his progress in recent years.

The 21-year-old from Suffolk was a big teenage talent – winning several English Schools titles and throwing for Britain at the World and European Junior Championships – but he missed the 2018 season entirely and now competes with metal pins in the elbow of his throwing arm.

“After taking the last year and a half off it’s nice to be back now and throwing well,” he says. “The last couple of years before that I was always around but had injury problems so I was never the best that I could really be. Now my hard work is coming to fruition, which is really good.”

Was it a surprise to crack the 80-metre barrier at the Loughborough International? “No,” he swiftly replies. “A few days before the BUCS Champs I’d thrown over 80m in training and had been close all winter so we always knew it was going to be there.

“So when I opened up at BUCS with 78.63m (and 78.89m at Loughborough in February) despite it being a bit rough technically, then I knew it would happen. Even the 80m throw at Loughborough was way off when it comes to good technique so there’s plenty more to come.”

But he adds: “For me it’s now about consistency and simply being able to compete and getting to the end of the season without being injured or feeling battered. I want to throw around the 80m mark as much as possible. Then the bigger throws will hopefully come out when it really matters.” 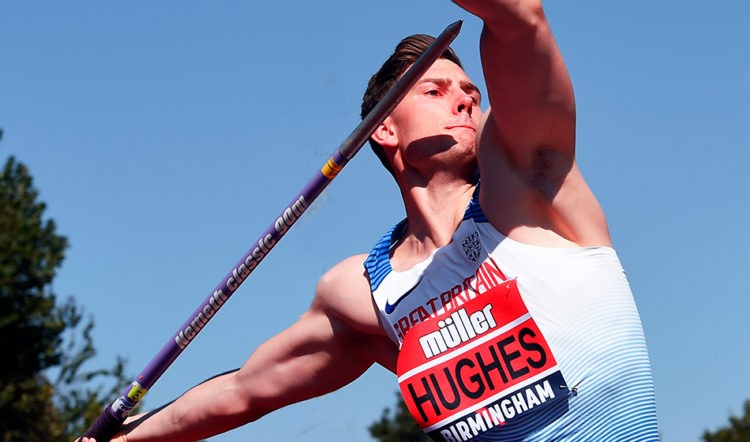 Despite his fine throwing as a teenager – he ranked first in the UK under-20 rankings in 2015 and 2016 and is No.4 all-time in that age group – he says he wasn’t an immediate success.

“As a young child I was the least sporty out of my brothers,” he remembers. “I was uncoordinated and only dabbled in a few sports like rugby but was never very good at it. I thought I’d be the academic one and they’d be the sporty ones.”

He only took up athletics after going to watch one of his brothers train for triple jump. “I asked my mum what I could try and she told me to have a go at everything,” he recalls. “Apparently I said I wanted to throw and then I spent the first three or four years throwing shot, discus, javelin. I was drawn to throwing and seemed to excel at javelin more than the others.”

Soon, javelin throwing became a huge part of his life. “From being a kid I loved every training session and was excited to do it and it was the highlight of the week,” he says. “I had a natural passion for throwing javelins.”

But like so many top teenagers, injury struck with back problems and then an elbow injury. “There are lots of good junior athletes who never make the transition to seniors but in javelin we find that more than in other events,” he says. “It’s such a destructive event.”

Hughes continues: “There are plenty of guys I competed against at European and world junior events but now they’re nowhere. I could have very easily been another one of those athletes.

“Maybe I was a bit more resilient simply because I experienced a hell of a lot of injuries at a very young age but for some reason I’d always do every single bit of rehab I could to make sure I could get back. I did this for the same injury on my back and it would have been very easy at the time to say that my body is not ready for this.

“But I always had the driving force behind me with a good support system and good coaches so I never thought about stopping at any point. I knew where I wanted to be and that kept me going.”

“There are plenty of guys I competed against at European and world junior events but now they’re nowhere. I could have very easily been another one of those athletes”

He adds modestly: “As a junior I was never amazing. I think I was always just okay. I qualified for the major competitions but never won a medal and that helped as I always had something to strive for. So now, as a senior, I want to go and get those medals.”

The same stubborn streak that helped him battle through the injuries was double-edged, too. In 2017 he unwisely kept throwing despite a sore elbow, which only made the problem worse.

“My growth plates in my elbow joints had not fused,” he explains. “Instead they were pushing apart because they were irritated by the force of throwing the javelin.

“The pain lasted for about three years and eventually the fluid in the joint meant I could hardly move the arm and it was agony and at that point they had to operate. I had two screws put through the growth plate into the joint so it forced it to fuse.”

Will these now stay in his arm forever? “Potentially,” he replies. “There was concern that the screws could force themselves out over time due to throwing the javelin but right now they’re sitting comfortably in my elbow so there’s no reason to try to take them out.”

Friends and family have no doubt dubbed him the ‘bionic man’? He laughs: “It’s well known that javelin throwers go through numerous injuries. It’s the nature of the sport but we try to limit it and I hope I don’t become the bionic man and try to stay as healthy as possible.”

Helping him achieve his potential is Mark Roberson. Hughes was previously coached by Mike McNeill but he now does a couple of throws sessions per week with Roberson, a former 85.67m thrower.

“We also do weights sessions in a really good gym he’s built in his back garden,” says Hughes. “We talk pretty much every day and he also does my soft tissue therapy. In addition he focuses on me and has no other athletes and I’m in a very privileged position to have a coach who can do that.”

Last weekend Hughes was victorious at the Halle throws international and this weekend he returns to Germany for another event in Jena.

“But the big one for me is the European Under-23 Championships,” he says. “Everything we do is with that in mind. After that it’s a case of whatever competitions come my way, enjoying myself and doing well at the British Champs.”

Athletics aside, Hughes spends his time on university assignments – he is in his penultimate year studying sport and exercise science at Essex University – and is also developing a mobile app called Dangler with his two brothers.

The app, he says, is “a social market place for people to buy and sell fishing tackle”. He adds: “Ever since a young age the three of us have always really enjoyed fishing, so it’s good to start a tech business in an area I’m passionate about.”

His brothers are older – aged 24 and 28 – and keep fit in the gym but do not specialise in a particular sport. Still, Hughes says they have regular physical contests for fun.

“I have the upper hand at the moment as I’m training full-time,” he says. “I’m also the youngest but now the biggest, which is quite nice! They always had the upper hand growing up but now the roles have switched, although we all get along pretty well!”