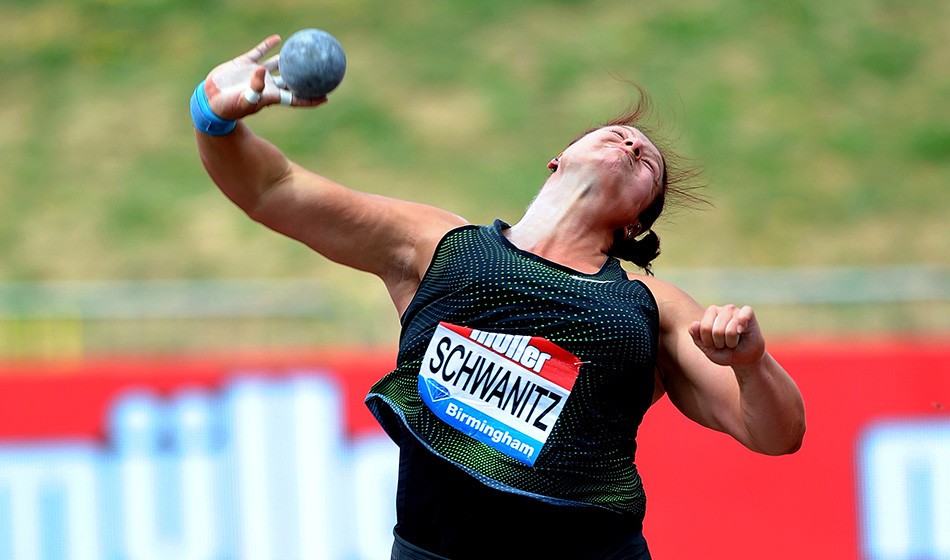 Coverage of the England area championships in Bedford, Nuneaton and Manchester can be found here, while other recent highlights are below.

European indoor silver medallist Christina Schwanitz threw a European lead of 19.23m on her season opener to win the shot put competition ahead of Sweden’s Fanny Roos with a national record 18.88m.

Britain’s Sophie McKinna, who has thrown beyond 18 metres recently, was seventh with 17.57m.

Cuba’s Denia Caballero threw 65.99m in the women’s competition to win ahead of China’s Feng Bin with 64.89m.

World champion Pawel Fajdek was a clear winner in the hammer as he threw 79.04m ahead of Michail Anastasakis of Greece’s 75.16m. Britain’s Commonwealth champion Nick Miller was fifth with 73.62m while his team-mate Taylor Campbell was ninth with 68.45m. China’s Wang Zheng with 74.89m won the women’s hammer competition.

Bernhard Seifert won the javelin with 83.05m and Kara Winger threw 62.08m to claim the women’s title ahead of European champion Christin Hussong with 61.81m.

British javelin thrower Harry Hughes, who recently set a PB of 80.32m in Loughborough, won the under-23 competition with a throw of 74.80m.

Incredibly frustrating! Threw 74m for the win in Halle, unfortunately hit two decent blocks, but slipped a couple of feet each time. On to next weekend in Jena.

Scott Lincoln threw a shot put PB of 19.77m for the best mark by a British athlete since 2012 to win the B competition.

GB junior athletes James Tomlinson and Sarah Omoregie both also set personal bests with respective marks of 60.24m in the discus and 15.45m in the shot put.

In the women’s under-20 hammer, Britain’s Charlotte Williams and Charlotte Payne placed third and fourth respectively with 60.89m and 59.66m. In the under-16 competition Lily Murray was fourth with a 55.60m PB.

George Armstrong was sixth in the under-23 discus with 56.46m.

3 weeks away from home, 4 track meets raced, and over 2500 miles driven. 11 races in 9 days here in Switzerland, against a World class field, lining up against 6 new T34 ladies and all the regular rivals. A busy month finished with a new T34 400m World Record and 4 new seasons bests times, faster over every distance already this year than all of last year. • Great to see new competition coming through and to see the T34 class building in strength and size and also great to feel those unsure nerves in call room. Really happy with how my 2019 season has started, and to be able to go back to training and know what I need to work on heading towards World Championship selection. • Massive thanks to my sponsors @irwin_mitchell, @caravanguard and @mullerukandireland for helping me afford the most expensive but important meet of the year, to @dynolight_racing and @invacareuk for making sure my old chair can get through a few more laps, to @nathan_maguire97 for being my chauffeur, to @gemma.jefferson for keeping me from falling apart and to @jennibanksgb. • Now just a small trip through 6 countries to get home and to my own bed! 🚘🇨🇭🇩🇪🇱🇺🇹🇩🇫🇷🇬🇧😴 • #Longestcaptionever #everyemoji #HurricaneHannah #Parathletics #Paralympics #wheelchairracing #swissseries #worldrecord

Sarah Tunstall won the senior women’s race ahead of Hatti Archer as they both also secured selection. 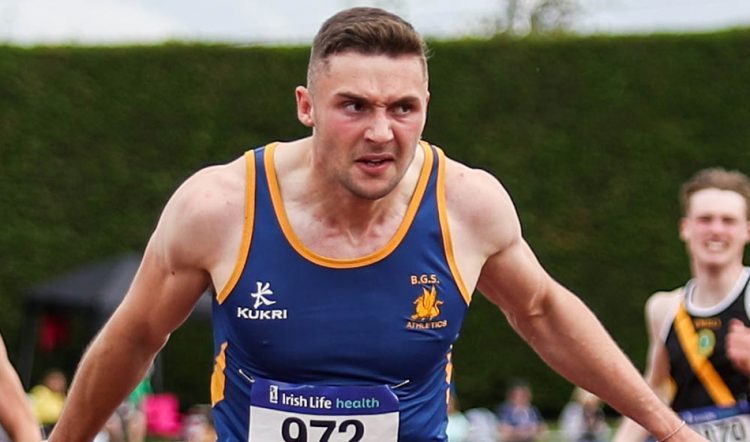 Sexton, who now heads the European under-20 rankings for the 200m, will compete at the European U20 Championships in Boras before playing professional rugby with Ulster.

Nigussie Sahlesilassie won the men’s race in a 2:10:10 course record from fellow Ethiopian Tafese Delegen with 2:11:40.

It was an Ethiopian double as Aberash Fayesa won the women’s race in 2:33:38 from Japan’s Haruka Yamaguchi with 2:34:04.

Italy’s Yassine Rachik won in a European race record of 63:02, while Lilia Fisikovici from Moldova won the women’s race in 73:29.

Britain’s Luke Traynor, who was the pre-race favourite, finished in 10th and later collapsed but posted an update on social media saying he is fine and will be undergoing tests to find out what caused his collapse.

I collapsed shortly after finishing the race. Im fine now and get tests done this week to find out what happened. Again thank you @RunCzech

Ethiopia’s Rahma Tusa claimed the women’s title in 69:09 from Meseret Belete with 70:31, while Britain’s Alice Wright ran a PB of 71:37 to finish third.

Thomas Staines, the son of Olympians Linda and Gary, ran a World Championships qualifier of 1:45.67 for third in his 800m race in Tennessee.