A jump with… Nikki Manson 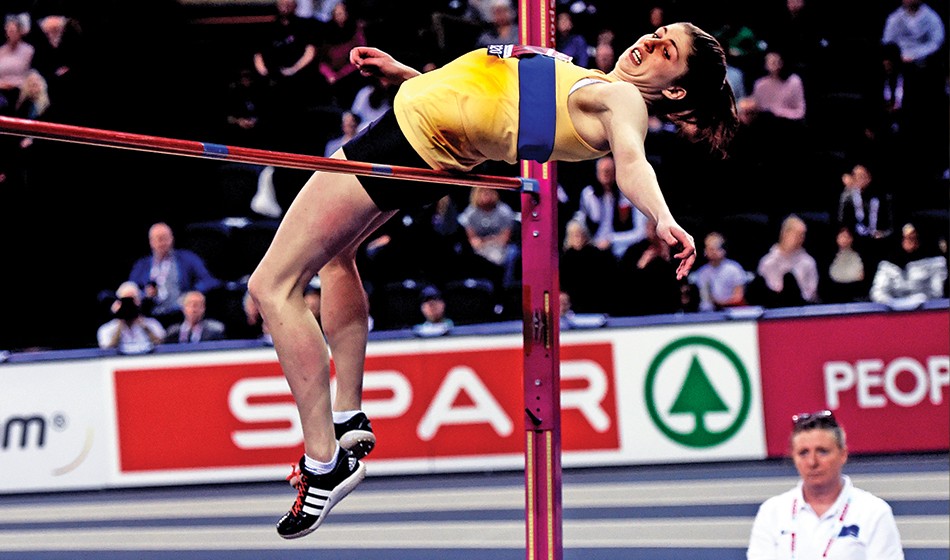 Their reunion in early November was eagerly anticipated and long overdue. Although, by her own admission, Nikki Manson’s first jumps session back at the Emirates Arena wasn’t particularly remarkable, renewed contact with the high jump mat soon felt great.

“It was like meeting up with an old friend,” she says, after a COVID-19-enforced separation.

Manson’s 2020 peaked in early February with an impressive 1.93m Scottish record and UK lead at the Hustopece Skeskakani meeting in the Czech Republic.

The victory came off the back of a 1.92m win at the Scottish Championships and a period of training focused on improving her pre-performance routine.

“I train by myself, so I find it difficult to replicate a competition environment in training,” says the Giffnock North athlete.

“During the indoors we worked on pre-performance routines and doing exactly the same thing in every jump in training and competition. It really helped. I was jumping much, much higher in training, so in competition, when I got to 1.90m, 1.92m, even 1.96m attempts, it didn’t seem so high because I’d been jumping mid-1.80s in training.

“I’ve known for a while that I can jump mid-1.90s, maybe higher, but it’s always been the mental side I’ve lacked and probably a little bit of belief, but seeing those heights creep up in training has made a massive difference.”

“It’s always been the mental side I’ve lacked and probably a little bit of belief, but seeing those heights creep up in training has made a massive difference”

Manson is coached by former Scottish international high jumper Ray Bobrownicki alongside her strength and conditioning coach, boyfriend Sam O’Kane. She says she’s a glass half empty person, but her lockdown experience challenged her attitude and, she believes, made her tougher.

“When we initially went into lockdown, I distinctly remember trying to do a session in a car park near my house and I got really upset. I was like ‘how am I supposed to train for an Olympics in this car park?’ but it all felt really frivolous; my sister is a doctor and she was on the front line in Manchester and things were starting to get bad there. I just thought ‘what’s the point?’, there were so many other more important things going on.

“It took me a couple of weeks to pull my socks up and just get on with it and, in the end, the summer season was like an extra winter block that I wouldn’t normally get. We did a lot of drills, plyos, hill work, a lot of power stuff, a lot of strength work. I didn’t lose anything in that respect, in fact I’ve probably gained.”

Manson is fit, perhaps even fitter than she was before lockdown, but technically she needs to make gains to match the physical progress made since February. Jumping is now key.

She is determined to line up a competition schedule that will provide valuable experience, including, all being well, the European Indoor Championships in Poland. The Olympics in Tokyo remain the ultimate target.

“The plan is to jump, jump, jump, then to come out mid/late Jan to compete,” she says. “While I’ve gone to these sorts of competitions before, I’ve never really gone in with the feeling that I could do well or mix it with the big girls, but Hustopece was an eye-opener.”

Q. If you could choose someone – past or present – to jump with, who would it be?

“She’s the world indoor record-holder. She’s only marginally taller than me and we’ve got quite a similar style. I think she’d be excellent to jump with; she’s very fast and powerful and she looks like she brings a lot of hype and excitement to competitions. For me, she’s one of the greatest of all time – I know obviously she’s not, but that’s in my opinion. I’ve watched her world indoor record I don’t know how many times. It’s a fantastic jump.”

» This interview was first published in the December edition of AW magazine, which is available to order online in print here and read digitally here