Where are they now? STEVE JONES 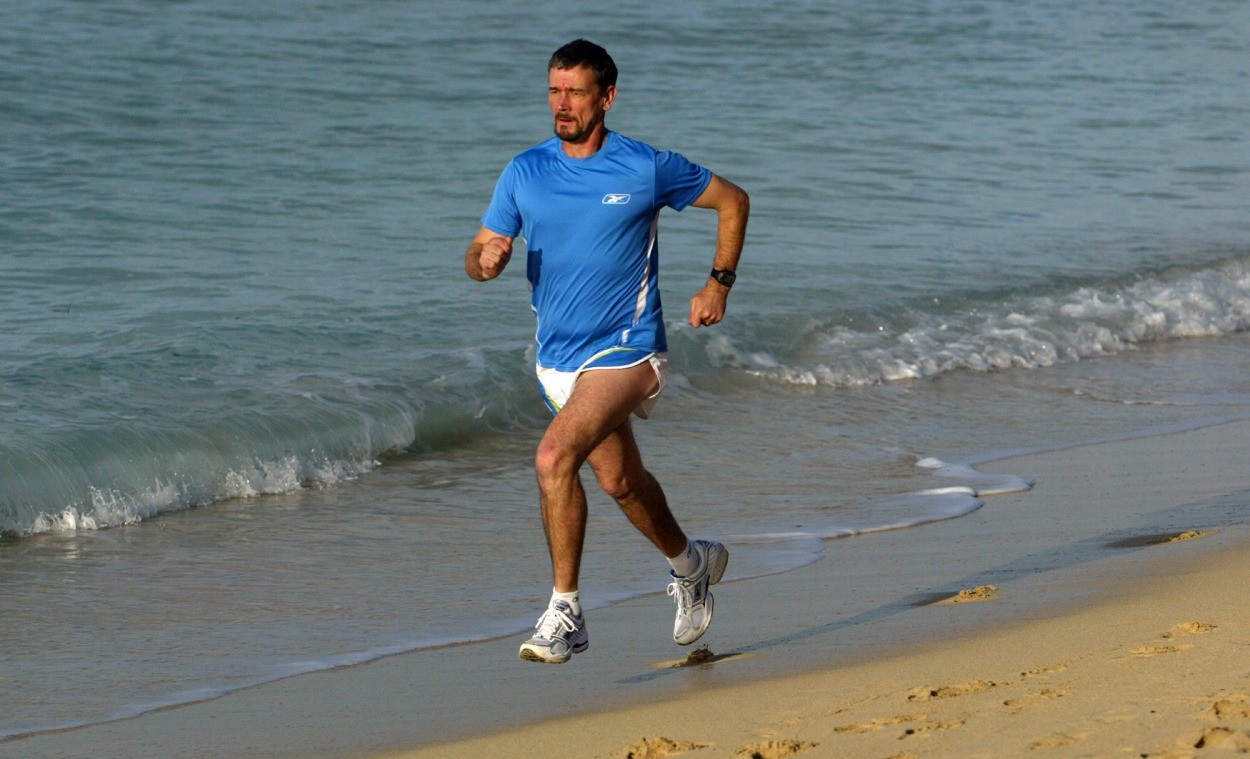 Simon Turnbull catches up with Steve Jones, who still holds the UK marathon record after 30 years

It is 30 years ago on October 20 since Steve Jones set the figures which still exist as the fastest in history by a British marathon runner: 2hr 7min 13sec. Even the mighty Mo Farah could not revise them on his debut at the 26 miles 385 yards distance in London last year. The latter-day king of global distance running finished one minute and eight seconds shy.

Jones turned 60 earlier this year. He has two grandsons, aged 17 and 14, and is happily settled with his family in Boulder, Colorado, the long-time altitude training mecca in the foothills of the Rockies that was home to the Robin Williams sitcom Mork and Mindy.

The one-time RAF technician from Ebbw Vale, the former steel town in South Wales, paints houses for a living and coaches a group of distance runners at Boulder Harriers, which he formed in 2009. He also helps to guide a handful of British runners in a  coaching or advisory capacity, among them Susan Partridge and Freya Ross.

“I still run,” the Newport Harrier says, “but only occasionally, not regularly. In fits and starts. If I do go out, it’s ten-minute miling or even slower, but I still enjoy it. I get a kick out of it.

“I run in the dark, early in the morning, so nobody sees me. I think to myself, ‘How the hell did I run that fast?’ My fastest marathon was 4:51 miling. I struggle to run a ten-minute mile now.”

Three decades on from his marathon glory days, ‘Jonesy’ remains an endearingly grounded, understated soul. At his peak, he brought a touch of the Alf Tupper ‘Tough of the Track’ approach to top-class racing – on the roads and on the country, as well as the track.

“My fastest marathon was 4:51 miling. I struggle to run a ten-minute mile now”

The son of a steelworker, his philosophy was plain and simple: “always to devastate the opposition”.

When the Welshman destroyed Rob de Castella’s world marathon record in Chicago in 1984, setting new global figures of 2:08:05, he was fuelled by a combination of Coca Cola, Mars Bars and meat pies. He also left de Castella and Carlos Lopes, the reigning world and Olympic champions, in a state of devastation of the streets of the Windy City that day.

Jones tried a different tack the night before clocking a world half-marathon record of 61:14 in Birmingham the following year. He downed 10 pints of cider.

Now a teetotaller, he probably would have broken the world marathon record for a second time, in Chicago in 1985, had there been a clock on the lead car. After storming through halfway in 60:43, he finished one second short of Lopes’ mark from that year’s Rotterdam Marathon. 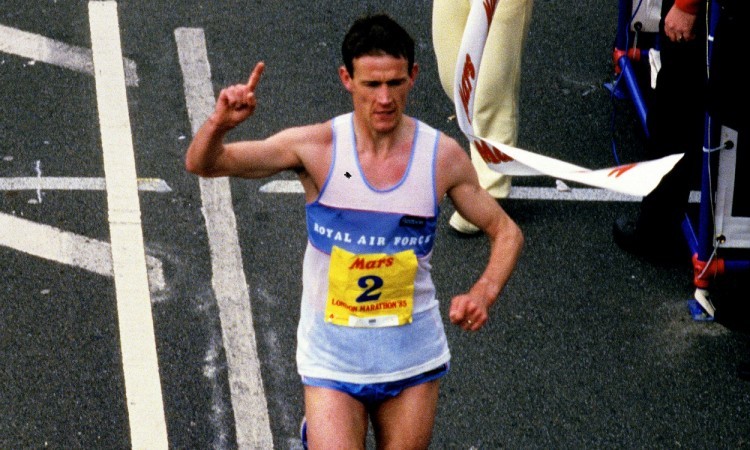 It was while preparing for big-city marathons in the US – he also famously blitzed New York in 1988, winning by a record margin of 3:20 – that Jones first became acquainted with Boulder. In 1990 he decided to settle there with his wife, Annette, and their two sons.

“Yeah, we’ve been there 25 years now,” he says. “We’ve got grandchildren, and daughters-in-law and lots of friends there. We won’t be back. It’s a permanent move.

“I paint and decorate. I work for myself. I paint houses and I coach.

“I have a running club, Boulder Harriers. I coach 14 or 15 people there, and four or five in the UK. They’re doing okay. Some of them have got into the World Championships and the Commonwealth Games and the World Cross Country Championships.

“I see myself as a club-runner coach, really. In the States you get a lot of athletes post-collegiate and they’ve already been moulded in how they should run and how they should train, so it can be difficult at times.

“But I’ve worked very hard to keep the dynamics of the group very low-key and stress-free. It’s a fantastic group we’ve got.”

“I have a running club, Boulder Harriers. I coach 14 or 15 people there, and four or five in the UK. They’re doing okay. Some of them have got into the World Championships and the Commonwealth Games and the World Cross Country Championships”

It is typical of Jones that he is happy to work with runners who are not of the absolute highest level in global terms. It says much about his ability as a coach, though, that he has succeeded in guiding them to some world-class performances.

Partridge finished a brilliant 10th in the 2013 World Championships marathon in Moscow. Ross got on to the British Olympic team in 2012 via a 2:28:12 clocking in that year’s London Marathon.

In turn, those British athletes who come under Jones’ lasting or temporary charge are grateful to be guided by one of the most enduring of UK record holders.

Now that Dina Asher-Smith has eclipsed Kathy Cook’s 200m mark from 1984 and Nick Miller has done the same to Martin Girvan’s hammer figures from the same year, Jones currently holds the fourth longest-standing British record in a championship-standard event. His 1985 Chicago Marathon performance is predated by only Geoff Capes’ 21.68m shot put from 18 May 1980, Meg Ritchie’s 67.48m discus throw from 26 April 1981 and Sebastian Coe’s 1:41.73 800m run from 10 June 1981.

“The longer I hold on to that record, the better for me I suppose,” Jones ponders, “but it’s there to be broken.

“I’d like to see Mo Farah have another crack at it. His run in London last year was by no means a failure. He still ran 2:08:21.

“He’s got much more there and he’s got all the tools. If he puts his mind to any event, from 1500m up to the marathon, he can achieve what he wants.”

Tags: Marathon, Simon Turnbull, Steve Jones, Where are they now?