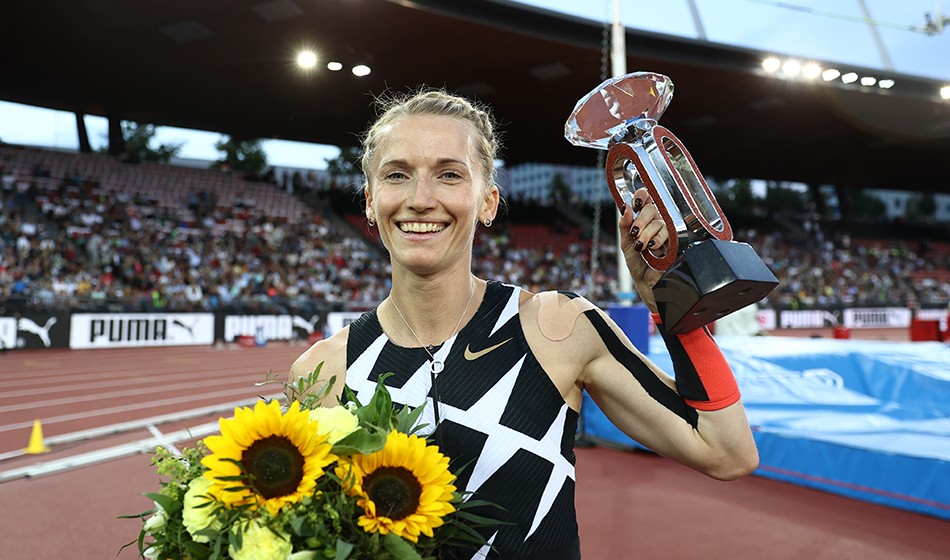 Olympic pole vault silver medallist Anzhelika Sidorova created her own piece of history in the Letzigrund Stadium on Thursday night. She sailed over 4.57m, 4.67m, 4.77m, 4.84m, 4.91m and 4.96m at the first time of asking and, though the mark of 5.01m proved to be rather more challenging, at the third attempt she cleared what was a Diamond League record-breaking and world-leading height.

She said: “I think this is really the right place to jump high. But coming to the stadium, I did not feel like it was coming today. I think we are all a bit tired already after a long season and in the warm up I did not feel 100% ready. I still cannot believe I got the five-metre barrier today.

“I really like jumping here because I have become a European champion here. It is a great stadium and great spectators and I am so happy I can share this moment with so many people in the stands. The trophy is very beautiful and important for me, especially after the Olympics.”

Former Olympic champion Katerina Stefanidi was the next best with 4.77m while Tina Sutej beat Tokyo bronze medallist Holly Bradshaw on countback with a first time clearance at 4.67m.

Triple jumper Yulimar Rojas didn’t set any world records this time but her 15.48m (0.3) final round jump was the fourth best of all-time and she had earlier jumps of 15.27m and 15.22m.

She said: “In all honesty, I feel I have always demonstrated that I can be a queen – I can lift myself up, regardless of the circumstances – and today was not an exception. I was able to take the Diamond League Trophy, and I am very pleased to have the chance of being here and to show dreams do come true.”

She won by almost a metre from Shanieka Ricketts’ final round 14.64m with Kimberly Williams third with 14.47m.

There is no doubt though that Valarie Allman is the world No.1 at the discus as the American Olympic champion opened with a 66.48m to lead the first four rounds before improving to a superb 69.20m.

Her predecessor as Olympic champion Sandra Perkovic finished strongly with throws of 66.37m and 67.22m to take second place while world champion Yaime Perez was third with 64.83m. 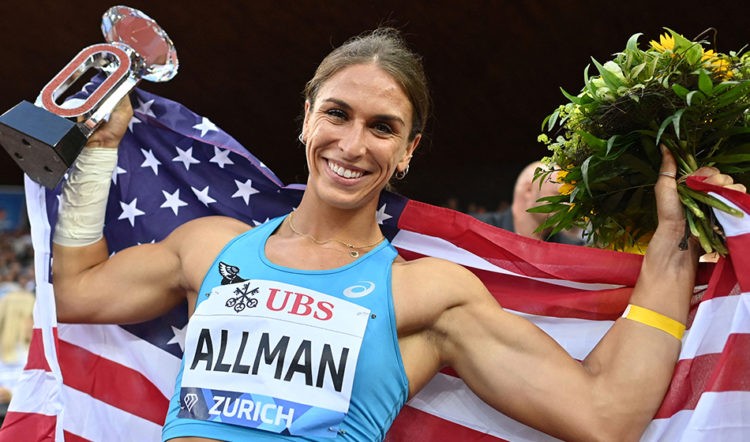 The winner said: “I definitely reacted when Sandra threw a distance close to my first throw. The event is so intense and competitive and this is pushing all of us to put up good competitive results. Seeing her doing well really pushed me to want to be able to put out a good throw as well.”

Christin Hussong was a poor ninth in Tokyo but she proved easily the best here in an otherwise modest javelin competition. The German threw 64.20m in the third round, improving to 65.26m in the final round.

The German said: “I am happy about all three of them – the Diamond League Trophy, the $30,000 and the wild card for the next world championships. I guess, this is the best season of my career, except for the Olympics.”