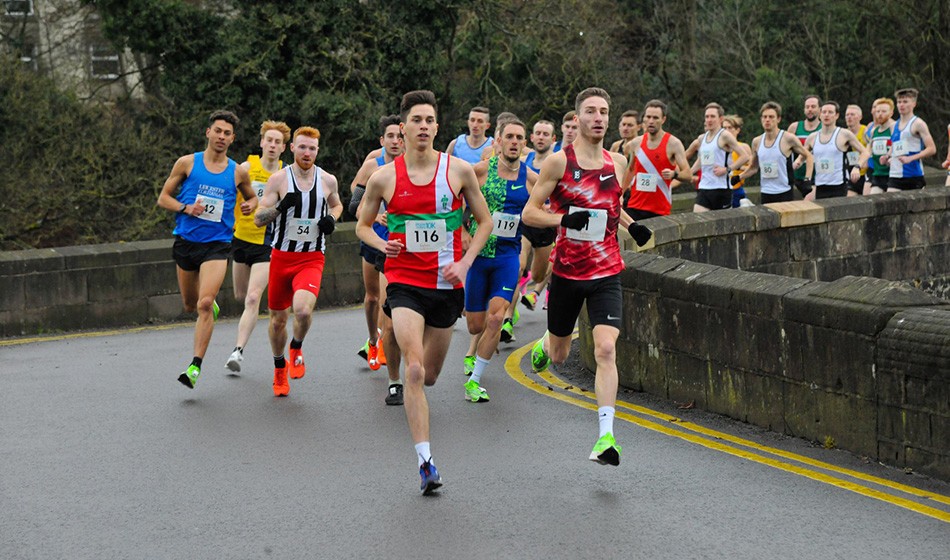 Many athletes end the year with PBs as 12 men go sub-30:00 and nine women dip inside 35 minutes in Clitheroe

Marc Scott and Jess Judd were among the athletes to end their year on a high as they claimed 10km road race victories at an event which also incorporates the North of England 10km Championships.

Ending 2019 with the annual run out at Ribble Valley 10k. 4 wins in as many years and bettered my course record by 26 seconds! (28:32) – Great event to be a part of and can’t thank the organisers enough👏🏼 – Back Stateside🇺🇸 tomorrow for a stint at altitude before getting some racing in!🔥 – #ribblevalley10k #nike #BTC

Scott retained his title in a PB and course record of 28:32 to place him joint fourth in this year’s UK rankings, while Judd also ran a personal best of 32:17 (32:20 gun time) to move into the top 20 on the UK all-time list and sixth on the 2019 rankings. Judd had clocked 32:11 at the Age UK Leeds Abbey Dash in October but that course was later found to be 23 metres short.

10k PB's for the two of us, and Bruce slept through the whole thing🐶 29:45 and 32:17 on what we hope this time is an official 10k, and in proper old school non-suspicious trainers #adidas😉 worth the 7hour drive in the end and grateful to end the year with a PB after a lovely Christmas!🎄🎅🏼 #teamJudd #inmikewetrust #theboss

Behind Scott, triathlete Ben Dijkstra and 1500m specialist Charlie Da’Vall Grice also finished inside the previous course record, clocking 28:53 and 28:55 respectively as a total of 12 men dipped inside 30 minutes.

Judd led a total of nine women inside 35 minutes, with Rachael Franklin second in 33:24 and Holly Archer third in 33:27.

Daniel Simiu Ebenyo and Norah Jeruto broke the course records to claim a Kenyan double, clocking respective times of 27:12 and 30:32.

Ethiopia’s Haftu Teklu and France’s Jimmy Gressier ran the same time of 27:43 in second and third, which is a European lead by Gressier, while the women’s race runner-up was Ethiopia’s Nigsti Haftu Tesfay in 30:52 ahead of her compatriot Gete Alemayehu in 31:08. Liv Westphal finished fourth in a French record of 31:15.

Spain’s Adel Mechaal won the men’s race in 29:08 ahead of Portugal’s Samuel Barata in 29:09, while Jessica Augusto clocked 33:09 to win the women’s race ahead of Ana Dulce Felix in 33:51 in a Portuguese one-two.