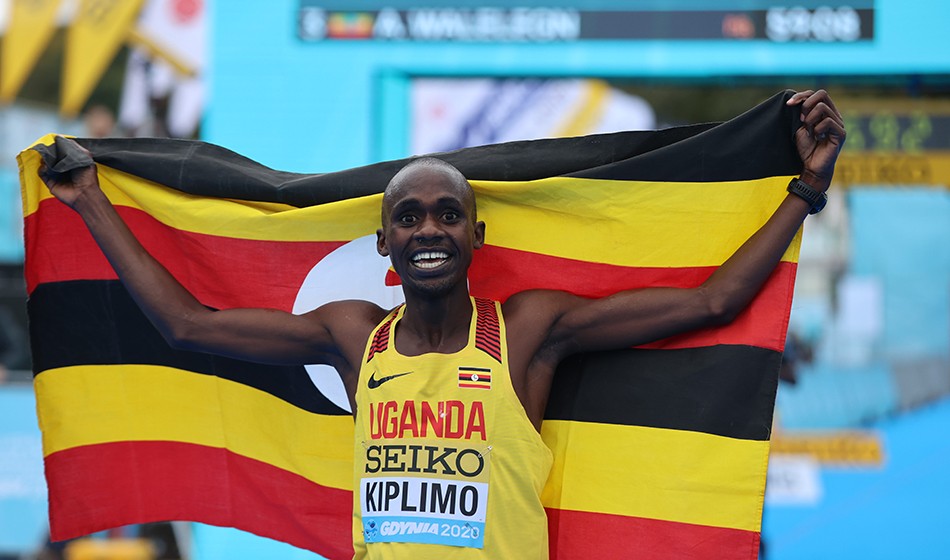 For the first time in World Athletics Half Marathon Championships history, gold was won by an athlete from Uganda. But it was not the one many would have expected as teenager Jacob Kiplimo was crowned champion rather than his world record-breaking team-mate Joshua Cheptegei.

As it was, Cheptegei – who has broken world 5km, 5000m and 10,000m records this year – finished fourth behind Kenya’s Kibiwott Kandie and Ethiopia’s Amedework Walelegn as Kiplimo broke the championship best with his Ugandan record time of 58:49. 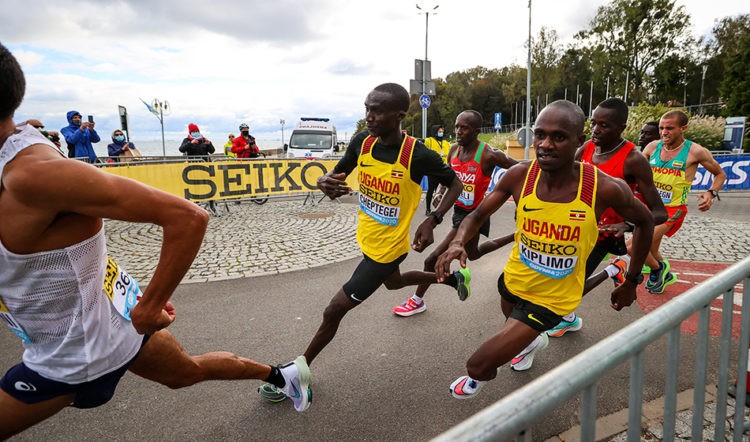 Like the women’s race, which was won by Kenya’s Peres Jepchirchir in a women-only world record, there was great depth as behind the top four a further six athletes broke 60 minutes and a total of 28 finished inside 61 minutes.

They included Britain’s Jake Smith who stormed to a PB of 60:31 to finish 18th. Improving his previous best by 89 seconds, the 22-year-old now sits third behind only Mo Farah and Callum Hawkins on the British all-time list, with the Cardiff-based athlete’s mark also breaking Steve Jones’ Welsh record set in 1985.

While the women’s race had started fast, the men’s was much more conservative and a big group featuring all the main contenders went through 5km in around 14:19, with Switzerland’s Julien Wanders to the fore.

Then the pace picked up and Cheptegei was in pole position as 10km was passed in 28:23, with Smith also still part of that group.

It was Kandie pushing the pace as the group passed 15km in 42:17, with that lead pack then down to 11, with Smith 28 seconds back.

Cheptegei started to lose touch with the leaders on the final lap of the four 5.5km loop course before Kiplimo and Kandie really began battle.

In the end, the Kenyan could not respond to the 19-year-old Ugandan’s final surge and he won by five seconds, claiming not only the first gold but the first individual medal of any colour for his nation at this event.

“It is hard to explain, because I am full of emotion,” Kiplimo told World Athletics. “Unbelievable.

“After winning in Rome, I started preparing for the half-marathon,” added the world cross country silver medallist, who finished runner-up to Cheptegei in Denmark last year and this summer won the 5000m in Ostrava in a 12:48.63 PB before clocking a world-leading 3000m PB of 7:26.64 in Rome. 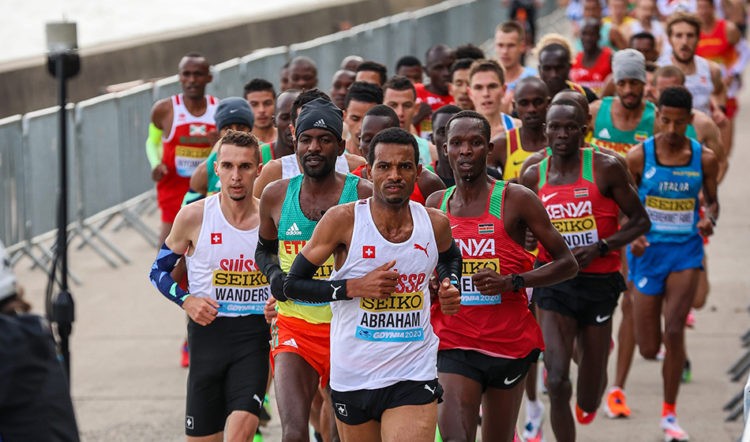 South Africa’s Stephen Mokoka was seventh in a 59:36 national record, while Morhad Amdouni ran a French record of 59:40 in eighth.

“I started crying happy tears on the home straight because I just couldn’t believe it,” said a delighted Smith.

Full results can be found here, while a women’s race report is here.