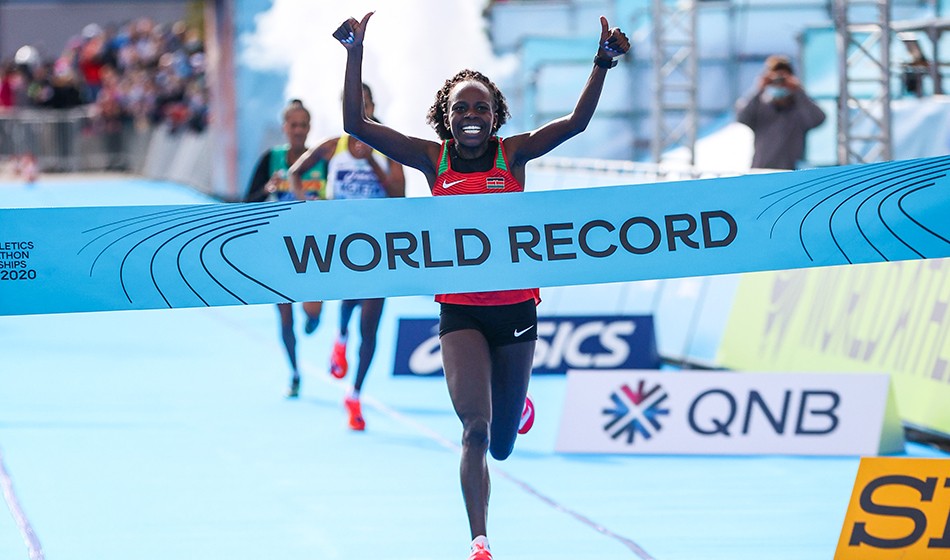 Kenya’s Peres Jepchirchir stormed to victory in a drama-filled women’s race at the World Athletics Half Marathon Championships in Gdynia, Poland, on Saturday, smashing the women-only world record with 65:16.

For the first time in history the top six finishers all dipped inside 66 minutes, with the top three all also under Jepchirchir’s previous world record mark of 65:34.

In fact, there were only eventually three seconds separating the medallists, as Germany’s Melat Yisak Kejeta broke the European women-only record with 65:18, coming close to Sifan Hassan’s outright record of 65:15 (since 2013 there have been separate world records with one for women-only races and one for mixed races). Ethiopia’s Yalemzerf Yehualaw was just a single second back, claiming bronze.

The field certainly took advantage of the fast pace, with 66 of the 101 finishers setting PBs according to the official results. Seventh-placer Yasemin Can was among them as she broke the Turkish record with 66:20.

Finishing eighth was defending champion Netsanet Gudeta, who was among the athletes to have their race affected by a fall. 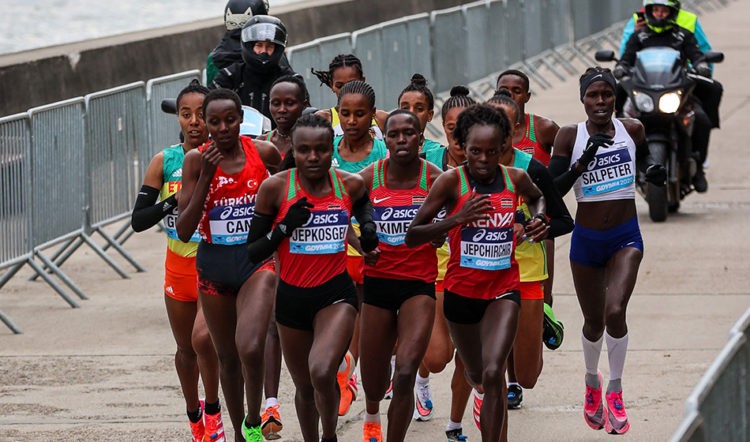 On a cool and breezy morning, the pace was fast from the start, with Jepkosgei leading a 13-strong group through 5km in 15:20, well on women-only world record pace.

Racing over four loops of an approximately 5.5km course, with a stretch along the seafront, it was on the corner leading on to the coastal road where Gudeta had her fall, landing quite heavily on her knee. By 10km she was five seconds behind the lead group of seven, which passed that point in 30:47.

Jepchirchir started to push the pace even further on the third lap, looking over her shoulders and running alongside her team-mate Jepkosgei at the front, with Kejeta looking comfortable at the back of the group.

Jepkosgei and Jepchirchir led through 15km in 46:24 but further drama followed as Yeshaneh and Jepkosgei clashed and fell, leading to a breakaway by Yehualaw, Kejeta and Jepchirchir.

Reflecting on her world record-breaking performance, Jepchirchir said: “I’m feeling good. I thank God for the energy that he has given me today. It’s unbelievable. I was not expecting it.”

Yehualaw looked like she slipped coming into the home straight but her result led Ethiopia to team gold ahead of Kenya.

Kejeta was born in Ethiopia but has lived in Germany since 2013, with her transfer of allegiance having been confirmed in March, and she led Germany to team bronze. 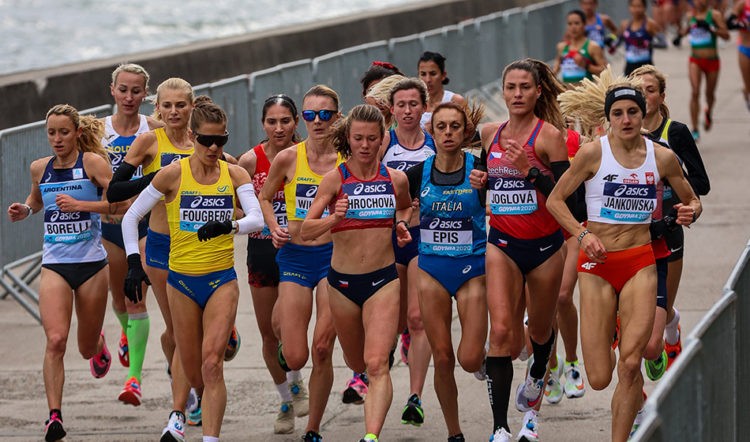 “I’m happy with it for my senior debut,” said Harrison. “I gave it all that I could and I’m happy to be inside the top 50 on my first appearance in a British vest.

“The course was much tougher than I anticipated it being and it really took it out of your legs. I started off well but as the race wore on it all just started to take its toll.”

Briggs and Evans were also making their senior GB debuts, with British under-20 half-marathon record-holder Briggs having been the youngest member of the GB team at 20.

“You look around you and the level of competition is insane,” said Briggs, who ran her personal best of 72:54 in Antrim last month.

“I’m only 20 but what an amazing experience to be in the same race as some of these girls, especially when they’re breaking the world record like they have done today.”

Ann-Marie McGlynn broke the Northern Ireland record with her time of 71:40 for 42nd place.

Full results can be found here, while a men’s race report is here.