Holly Bradshaw gets set for Glasgow with Birmingham win 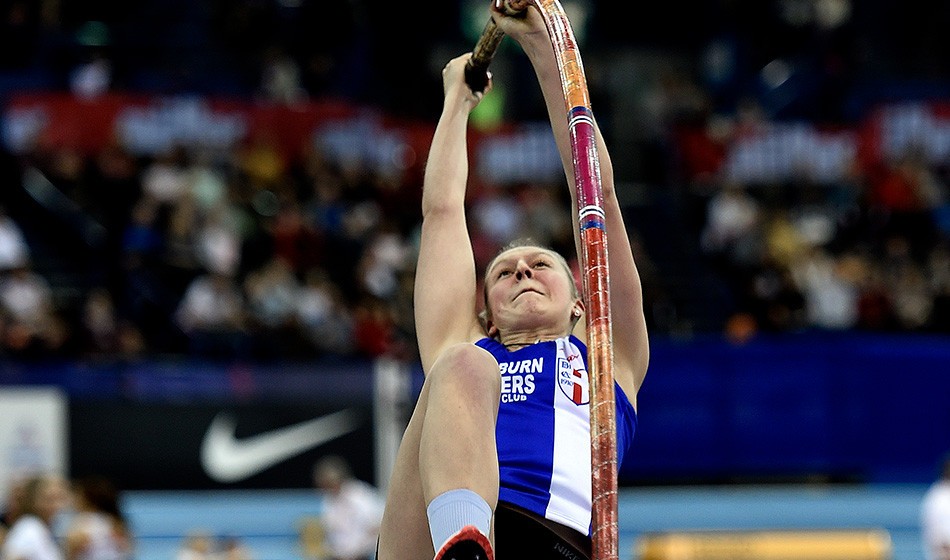 Being happy and healthy has put Holly Bradshaw in a great place ahead of the European Indoor Championships, with a win and British record attempt at the Müller Indoor Grand Prix in Birmingham giving her another boost as she gets set for Glasgow.

The 27-year-old won the European indoor pole vault title in Gothenburg in 2013 but has suffered some injury spells since. Initially unsure whether an indoor season would feature in her plans for 2019, a win at the British Championships followed by a 4.81m clearance at the IAAF World Indoor Tour meeting at Arena Birmingham has left her with one eye on a medal at next month’s continental showpiece.

Her 4.81m clearance is the 2018 European bronze medallist’s second best-ever after her British record 4.87m from 2012 and saw her claim victory on countback ahead of USA’s Katie Nageotte and Nikoleta Kyriakopoulou of Greece.

Olympic and world champion Katerina Stefanidi finished fourth with a best of 4.71m.

“I’m healthy, I’m having fun, I’m loving life and it’s showing out there, I think,” said Bradshaw, who was competing in her Blackburn club vest after Nike recently ended their sponsorship deal.

“Back in 2017 I felt like I had the weight of the world on my shoulders and it was crushing me. Now I’m chilled and I’m having fun. I feel like I’m in a really good spot.”

Looking ahead to the European Indoors, she added: “I had no expectations coming into the indoor season, it was more just having fun with it and now I know that I’m in good shape and I can maybe go a little higher and win a medal based on how I’m performing.”

Her performances have come off a shorter 12-step approach rather than her usual 16-step run-up, too, with her focus having been on speed over the winter.

“I’ve been training a bit like a sprinter,” she explained. “To know that the speed on the runway is there and that it’s equating to higher heights gives me confidence for when I can go back to full approach ahead of Doha.”

When it comes to the sprint specialists, Jamaica’s Elaine Thompson and GB’s Asha Philip were among those to impress in Birmingham as they clocked 7.13 and 7.14 respectively for the top two spots in the 60m.

Ivory Coast’s Marie-Josée Ta Lou was third in 7.15 and Britain’s Rachel Miller fourth in 7.20 after an earlier PB of 7.19 in her heat.

“This was definitely good preparation for Glasgow,” said Philip ahead of her European title defence. “I faced some of the world’s best here and now I have got to do it in Europe.

“Doing three rounds at the trials last week and two more today, it’s tiring, but I feel like I am in a great position ahead of the Europeans.”

World indoor long jump champion Ivana Španovic enjoyed another winning performance in Birmingham as she leapt a season’s best of 6.78m for success ahead of Britain’s Abigail Irozuru with 6.59m.

Two-time European Indoors winner Španovic now gets ready to defend her title in Glasgow after having to withdraw from the European Championships final in Berlin last summer with an Achilles injury.

“If I feel like I am ready, I want to go to fight for the gold medal, it’s the only target I have,” she said. “But if I need to choose between gold and my health, health is always the priority.”