Christian Coleman and Teahna Daniels win 100m at US Champs 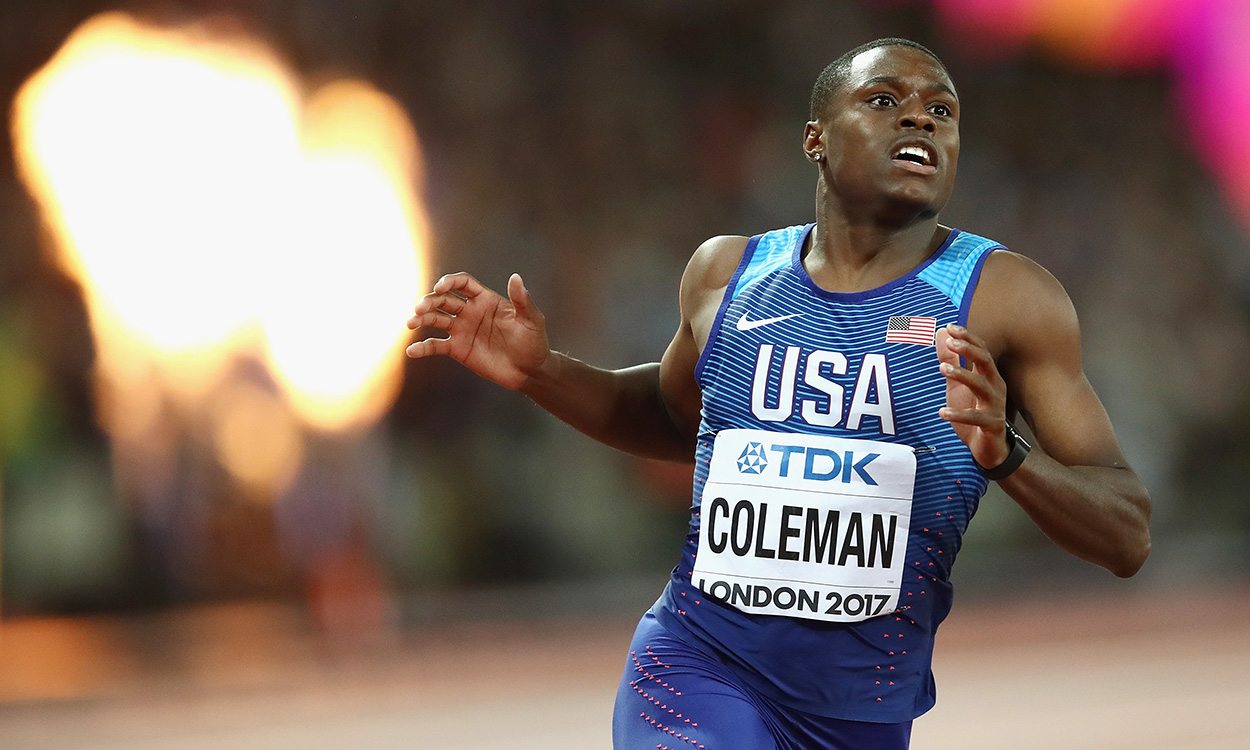 World leader Christian Coleman claimed his first national 100m title at the USA Championships, as did Teahna Daniels who sprang a surprise to take the women’s win on Friday.

Coleman, who claimed silver at the 2017 world championships behind team-mate Justin Gatlin, clocked 9.99 (1.0m/sec) after running 9.96 in the semi-finals as Michael Rodgers was second in the final and Christopher Belcher third as they both clocked 10.12.

Gatlin ran 10.16 in his semi-final but did not run in the final, with his place for the IAAF World Championships in Doha already secured as a defending champion.

Daniels just missed out on a podium place at the NCAA Championships but at the national trials in Des Moines, Iowa, she was on top, powering to victory in a time of 11.20 against a -1.7m/sec headwind.

As well as her fourth place at the NCAA Champs, the 22-year-old has won the under-23 NACAC title this summer and finished third at the Prefontaine Classic and fourth in the Monaco 200m, with her 100m PB of 10.99 having been set in Sacramento in May.

Olympic silver medallist English Gardner was second in 11.25 and Morolake Akinosun third in 11.28 as world under-20 record-holder Sha’Carri Richardson, who is third on this summer’s world rankings with 10.75 behind Elaine Thompson and Shelly-Ann Fraser-Pryce, placed eighth and last in 11.72 to miss a place for the global event in Doha. Reigning world champion Tori Bowie did not enter the 100m, already having her world championships place confirmed.

The shot put competition saw the top three all throw beyond 22 metres as world leader and reigning Olympic champion Ryan Crouser threw 22.62m to win his third US title ahead of Joe Kovacs (22.31m) and Darrell Hill (22.11m), while Conor McCullough won the hammer with a PB of 78.14m.

Donald Scott won the triple jump with a wind-assisted leap of 17.74m (+2.7m/sec) ahead of Will Claye (17.70m) and Omar Craddock (17.55m). Reigning world champion Christian Taylor has a bye through to Doha.

Making her comeback just eight months after having her baby, 11-time world gold medallist Allyson Felix secured her place in the 400m final after running 51.45 to place third in her semi-final, won by Shakima Wimbley in 50.20.

today i’ll step on the starting line for the first time in over a year. it might sound cliche, but making it there is a huge victory.
•
8 months ago this was my world. it’s been a tough road. i’m far from my best, but grateful for this opportunity & most importantly our health. pic.twitter.com/g1seQSp169

The first day of USA Championships action had seen Lopez Lomong and Molly Huddle clock respective times of 27:30.06 and 31:58.47 to retain their 10,000m titles.