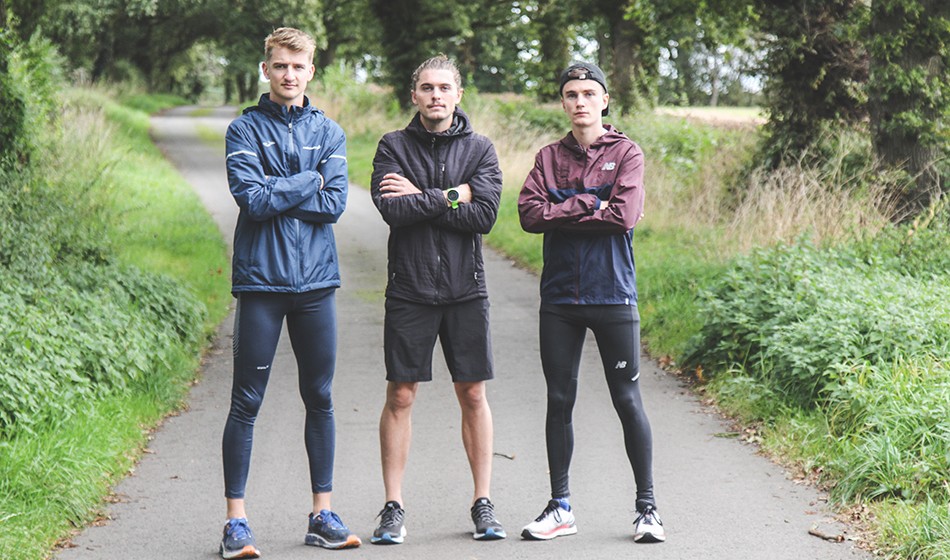 “We have got a great group of guys who are mates, want to train hard, be accountable to one another and run fast, whilst having fun,” says Jonny Davies. That, in a nutshell, is Birmingham Track Elite.

Created in 2019, the Birmingham-based group currently features eight athletes who are all combining their athletics with jobs or study outside of the sport.

Guided by head coach Luke Gunn, a former GB international who won four national steeplechase titles between 2009 and 2012, the group accesses facilities at the University of Birmingham as they look to use ‘an innovative and exhaustive approach’, with special attention to the science behind the sport to achieve their goals.

The main goal right now? Not surprisingly, it’s next year’s Commonwealth Games on their home patch.

“The idea of an older semi-professional group around the University of Birmingham had been floated around for a long time,” explains Davies, the 2020 British indoor 3000m champion who won the European under-23 cross country title in 2015.

“There used to be a ‘Run Fast Birmingham’ group and I was part of that. A lot of people were staying around the area and it’s a great place to be, but we wanted to create a bit more of an identity for the training group, not just being some guys that are hanging around a university!

“Dougie Musson was the one who was really pushing it to start with and was coming up with these ideas,” adds Davies, who works as a lab technician in the Metallurgy Department at the university. “We went on a race trip to Belgium – I bought a car just the week before and we drove there. We had the best weekend and we were like, there’s something in this. We talked the whole weekend about trying to form this group.

“The key for the group is it is very much athlete-led, so it was all our own idea. We have had some great support from physiologists, but everyone said ‘this is your thing’. That was crucial.” 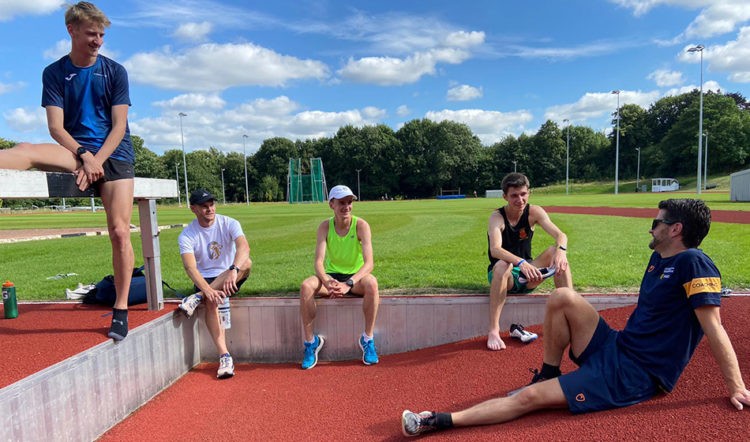 “Most important for us is the idea of training together, pushing each other and being accountable – we use that word over and over,” Davies continues. “We are here to train hard and achieve.”

Michael Ward, who ran for Britain at junior level, is transitioning back to UK life after a spell training and studying at Bradley University in the US. He is now a dentistry student at the University of Birmingham.

“It’s changing the goalposts,” Ward explains, on the purpose of the group. “It’s not ‘get through uni and everything you had before just gets dropped’ – it’s elongating that process. If you want to stay in Birmingham after you have graduated, you can and you won’t be compromised.”

Davies adds: “It’s hard to stay in this sport once you’re out of university. That is something we’re all quite passionate about. There are some options of going to the States and that’s one path once you come out of a British university, but once that is done it takes commitment to compete to a high level. You have to make a lot of sacrifices, especially in terms of your career.

“Basically, starting this group was to make it easier for us guys but also, at least within Birmingham, we would like to leave some kind of legacy. It would be great to show people that if you want to, you can train hard for a few years to really make something out of your running if you commit to it. That was really important to us.” 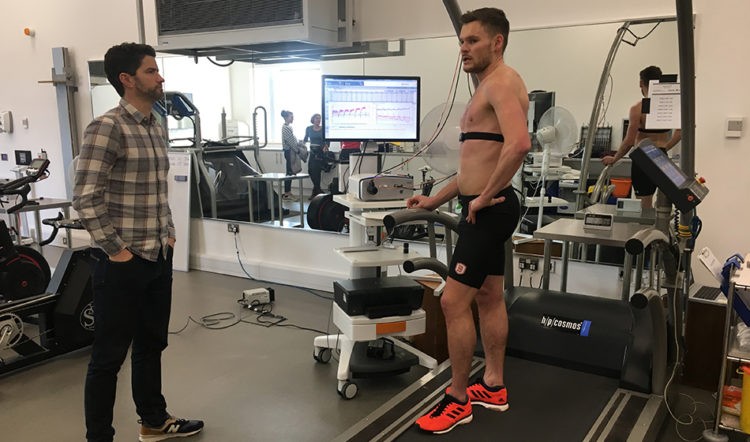 For the group – which also includes Patrick Taylor, Mark Pearce, Tom Drabble, Will Battershill and Matt Jackson – the Birmingham 2022 Commonwealths is the focus.

“It’s finding things that could make a real difference – innovation, recovery things that other people are not doing, getting an edge over our competitors.

“We did a good exercise at the outset where we put a form together and each wrote down what we expect of each other and what we want from the group,” adds Davies, with the set-up also including support from strength and conditioning coach Mark Burns, physiologist Ollie Armstrong and physiotherapist Mike Gosling.

“It was a really important exercise because it gave us direction. We all know exactly where the group is going and what we all want to achieve from it. We know what people want to do individually and also as a collective and what we expect of each other. All of us work or study so we want to be as professional as possible but also aware that we have lives and we need to pay the bills. That is the other crucial part of the group.

“Talking about our goals, one crucial thing – which perhaps sounds a bit corny – is that we just want to have fun doing this,” Davies smiles. “We are in a really lucky position that we are able to train and balance it with our work, but we’re with our mates through it all.

“You never know what happens in sport – we all might make the Commonwealths, or none of us might, but I think if we can look back and say we trained bloody hard and we had a bloody good time, we will be like ‘that is a life chapter ticked off’ and feel quite fulfilled.”

Ward agrees. “Enjoy the process as well as the end goal,” he says. “That’s definitely what it’s about.”

The Olympic rings were installed today during a special ceremony at the top of Mt. Takao, one of Tokyo's most famous vantage points.

A nice little snippet summarising her approach to training that’s worth a look. The benefit but also the cost of racing on your training schedule, as well as the importance of a strong cross country foundation. https://twitter.com/athleticsweekly/status/1382367113147453442

"I chose to do that endurance training but not back it up with the races, from September to December. The speed endurance was more important towards the track season."

@hannengland on how she trained for the 1500m.