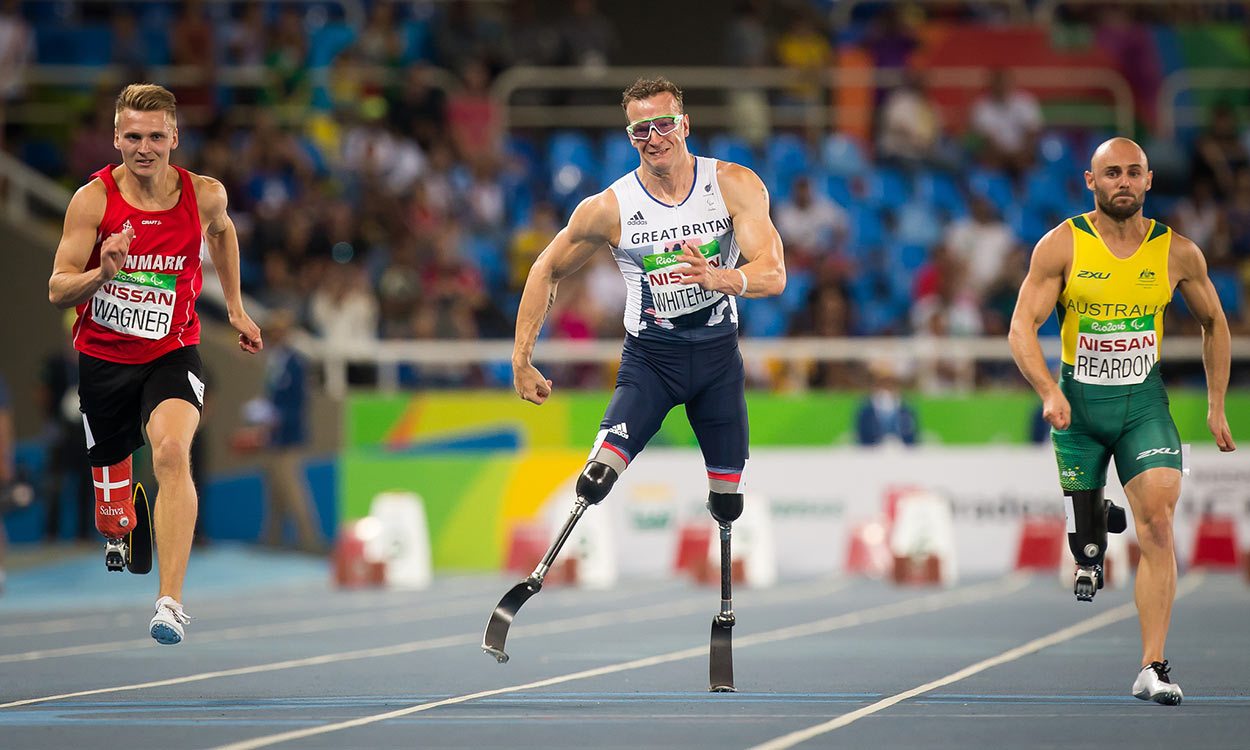 World records held by athletes including Britain’s Richard Whitehead (pictured) and Dutch sprinter Marlou van Rhijn will be reset after this year following the news that new rules for double leg amputee classes are to be introduced from 2018.

World Para Athletics has announced it will bring in a new formula to calculate the maximum allowable standing height (MASH) for double leg amputees from January 1, 2018, meaning any world and regional records set by athletes competing in below-knee T43/F43 and above-knee T42/F42 double leg amputee classes before this time will be archived. New record marks will be established at the end of the 2018 season.

The decision to implement the new formula comes after a study – initiated in 2006 by the World Para Athletics Classification Research Project – revealed that the current MASH formula “systemically overestimates athlete height”.

Given the correlation between blade length and stride length, longer blades can provide a longer stride and therefore faster times.

Although some T43/F43 and T42/F42 records may have been set with blades which will be allowed under the new rules, because they were recorded when rules allowed a greater maximum standing height, they will all be archived.

Peter Van de Vliet, the medical and scientific director at the International Paralympic Committee (IPC), said: “Since 2006 World Para Athletics has been working hard to develop a new model for MASH to ensure a fair and level playing field for all athletes.

“After research concluded that the current MASH formula systemically overestimated the height of athletes we engaged a number of the world’s leading experts in biomechanics. They confirmed the research findings and directed us to alternative measurement methods.

“The new formulas, which will come into force on January 1, 2018, will reduce the maximum allowable standing height of a number of double leg amputees who compete in the T42/F42 and T43/F43 classes. This will reinforce the value of athletic performance achieved by the human body to prevail over equipment and technological advancement.

“I would like to thank all the researchers, sport scientists and professors from around the world who have contributed to this process.”

South Africa’s six-time Paralympic gold medallist Oscar Pistorius had been among those to question the rules regarding blade length in 2012 after he was beaten to the Paralympic 200m title in London by Brazil’s Alan Fonteles Cardoso Oliveira.

“The allegations from Oscar at that moment in time, they were not founded because everybody competing had their blade length legitimate under the rules,” Van de Vliet explained at a recent World Para Athletics classification workshop held ahead of the London 2017 championships.

“Discussions prompted us to look at the overall blade length, whether the formula we applied was an appropriate one. That formula was somewhat outdated.”

He added that with the maximum allowable standing height using blades being reduced, on average the affected athletes will be around 6 to 8 centimetres shorter on their blades.

For the research, World Para Athletics worked closely with Professor Wolfgang Potthast, one of the world’s leading experts on the biomechanics of prosthetic running from the Deutsche Sporthochschule Koln, and Professor Hiroaki Hobara from the National Institute of Advanced Industrial Science and Technology in Tokyo, Japan.

Following the development of a new formula, the IPC Classification Research & Development Centre at the University of Queensland initiated a small-scale multi-centre project to cross-validate it.

Ryan Montgomery, director of IPC summer sports, said: “We made the para athletics community aware of the new formula in October 2015 during the Doha World Championships but are not enforcing it until January 1, 2018. This practical approach provides sufficient time for all athletes affected by this rule change to undergo classification with the measurement formula this year in order to make the necessary changes ahead of the start of competition next year.

“As a result of the rule change, all world and regional records set by T43/F43 and double leg amputees competing in the T42/F42 classes will be archived and new record marks will be established at the end of the 2018 season.”