Jogle challenge for runner with Parkinson’s 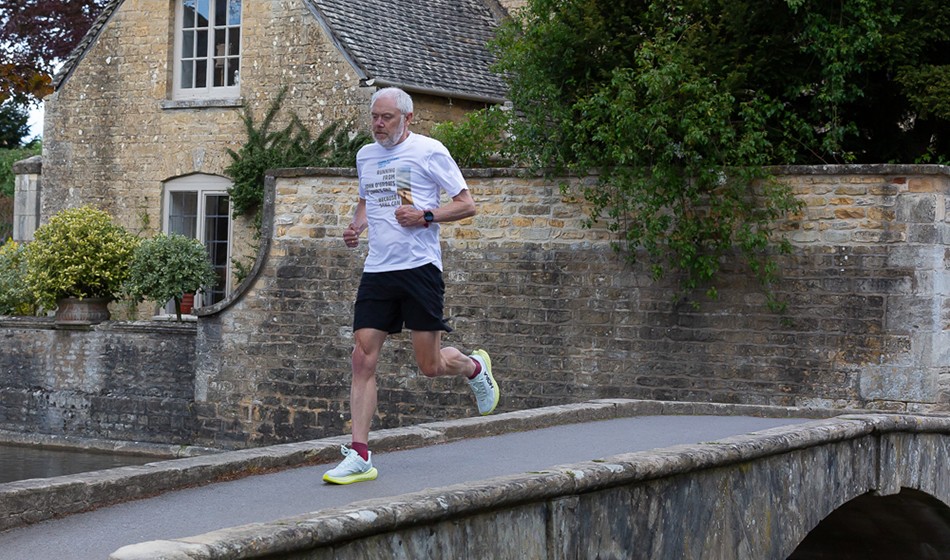 Neil Russell, who lives in Bourton-on-the-Water in Gloucestershire, is no stranger to taking on a challenge or two, having previously completed triathlons and ultramarathons but this challenge is something very different. The journey is going to take him 35 days and – after celebrating his 64th birthday on July 23 – he reckons he will be the oldest person to run the route.

Neil is well aware of the enormity of the task he’s undertaking to raise money for Parkinson’s UK. Running 34 back-to-back marathons will be hard enough but the condition means that Neil has trouble sleeping for anything more than just a few hours every night.

Neil was diagnosed with Parkinson’s when he was 60.

He said: “I’ve been running all my life and I’ve always been sporty although I can’t claim to have been a high achiever in sport. I am, though, a hugely determined athlete, dogged, more suited to long, slow distances.

“It was after completing an ultramarathon 18 months ago that I came up with the idea of the John O’Groats to Land’s End run. It was my 61st birthday and I thought that if I was ever going to do this run, then now was the time.

“Parkinson’s means that every day I take a lot of medication, I feel sick, I struggle to control my hand tremors, it’s hard to swallow and I struggle to write or concentrate.

“But instead of thinking of what I can’t do with Parkinson’s, I try to focus on what I can do. I can train, I can run, I can sweat, I get stronger and my confidence grows. Every day, I tell myself, I’m going to run from John O’Groats to Land’s End. Why? Because I still can.

“I’d like to raise as much money as possible for Parkinson’s UK so that I can do something towards finding a cure for this condition.’ 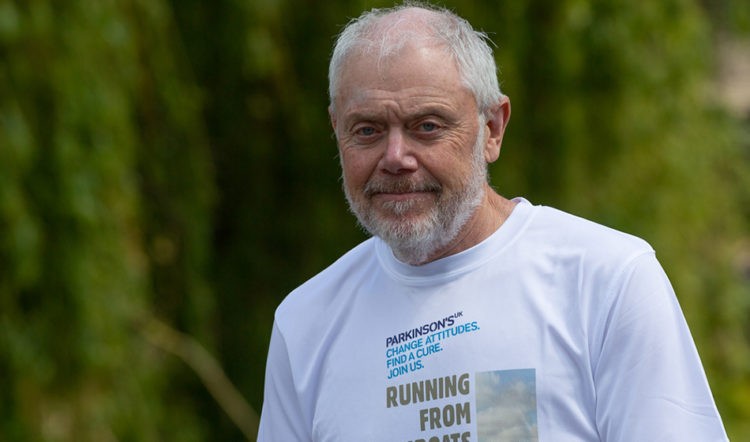 The epic run begins when Neil sets off on the A99 from John O’Groats to Wick on July 18. Around 15 days later, he’ll cross into England and even run through his home patch in Bourton-on-the-Water on August 10. If all goes to plan, August 21 will see him completing the final miles into the tip of Cornwall and Land’s End.

Neil’s training began in earnest last November and he has kept up a relentless schedule through the worst of the winter weather and the COVID-19 lockdowns. Accompanied on training runs by team-mates from Bourton Road Runners, he has been guided throughout by his coach, James Williams.

Neil found James by searching online because he wanted someone who specialised in long distance challenges.

“James is good at cutting through the nonsense of coaching and he’s easy to understand,’ said Neil. ‘He’s also big on recovery and rest although getting quality sleep is difficult for me because of the tremors in my hand and that is part of the challenge.”

It is Neil’s wife, Nicky, who will provide the all-important support in the family camper van throughout the entire challenge.

“When I first discussed it with Nicky, I thought she would try and dissuade me but – to my surprise – she said: ‘Go for it’,”said Neil.

On his Parkinson’s, he added: “When the specialist confirmed the diagnosis, he was really only telling me what I already knew. Two years ago, my handwriting had become slower and writing notes was taking longer. I noticed that writing certain combinations of letters was becoming more difficult.

“Then my sense of smell and taste started to fade. I remember watching an episode of ‘Only Fools and Horses’ one evening, when my hand suddenly jolted and I experienced tremors which were still there the following morning.

“I did see my doctor then but 18 months later, I told him that I needed to see a specialist. I knew instinctively that I had Parkinson’s and when he said those words, it was confirmation of what I knew. My first question then was: ‘Can I still run?'”

Parkinson’s is the fastest growing neurological condition in the world and, currently, there is no cure. In the UK, there are around 145,000 people already living with Parkinson’s. There are more than 40 symptoms from tremor and pain to anxiety but the condition affects everyone differently.

Four years ago, Neil had to undergo emergency surgery after a catastrophic cycling crash left him with a broken wrist, eye socket and cheek bone. He’d also sustained a brain haemorrhage. He was already experiencing the early symptoms of Parkinson’s without really knowing it and the subsequent bouts of depression brought on by the accident only added to his problems.

It was running that helped him recover. He added: “The only relief was my running, which I had done ever since I left school. I ran every day, sometimes two or three miles, other days seven or eight. Then I started running further and further, up to 25 and even 38 miles. And John O’Groats to Land’s End is where we’ve come to.

“I’m seriously apprehensive but I remain doggedly determined to complete it, to help find a cure for Parkinson’s.”

To donate to Neil’s fundraising, visit his JustGiving page