Charlotte Purdue weighs up her options 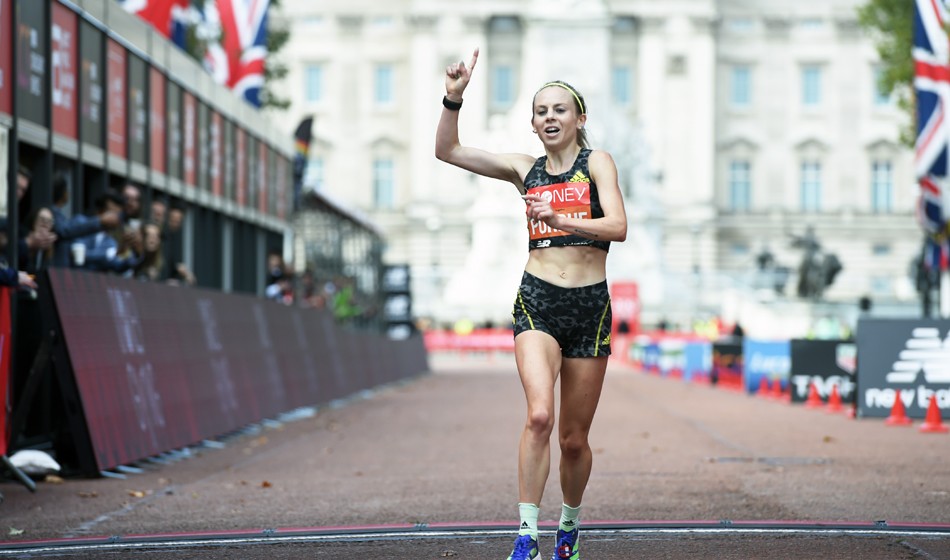 Major championships in Oregon, Birmingham or Munich are on the cards for marathon runner after impressive PB in London

After smashing her marathon PB in London with 2:23:26 on Sunday, Charlotte Purdue has a dilemma. Which championship should she run next year? The Commonwealth Games in Birmingham, Europeans in Munich or Worlds in Oregon?

Ironically, after being overlooked for a spot in the British Olympic team for Tokyo this year, she can take her pick after smashing the qualifying marks and finishing first British woman by some distance.

“I’m not sure about next year,” she says. “If I could get a medal at the Commonwealths or Europeans, would that be better than getting into the top ten at the Worlds? I don’t know.”

Purdue narrowly missed Mara Yamauchi’s UK all-time No.2 mark of 2:23:12 on Sunday but prior to the race the 30-year-old had been gaining advice from the now-retired Yamauchi.

“I spoke to Mara in Teddington recently,” Purdue reveals, “and she said if she had one regret in her career it was that when she was in medal shape she didn’t go to the championship where she could get a medal.

“But my main was to get today out of the way and then we’ll plan next year.”

Purdue hinted that Birmingham is tempting, though. “I was fourth in the 10,000m in 2010 so it would be good to improve on that all these years later.”

Purdue also has the goal of beating Yamauchi’s time but in a mixed sex race. “Here I was running the last six miles alone and it was really hard. If I’d had someone with me I might have run quicker,” she said.

“I feel I can get it, especially if I ran in a mixed race with mixed pacemakers. My partner Adam (Clarke) says he will pace me one day and do every step of the way.”

“To be so close is annoying but I feel like I can get it. After 30km I was grinding it out on my own.

“My partner Adam said he’d pace me one day for the marathon!” @charliepurdue on just missing out on @mara_yamauchi’s 2:23:12. pic.twitter.com/9eUpFoAVJ1

Overall, Purdue was delighted with her day, though. Her PB going into the event was 2:25:38 and she said: “I knew I was in good shape but it’s one thing to say you’re in good shape and another to do it.”

The Nic Bideau-coached athlete added: “Running 120 miles per week is hard so I needed something to focus on and I guess this was my Olympics.

“The London Marathon is such a special event too. It’s not as if it’s a B race.”