Joy for Jepkosgei as Purdue proves a point 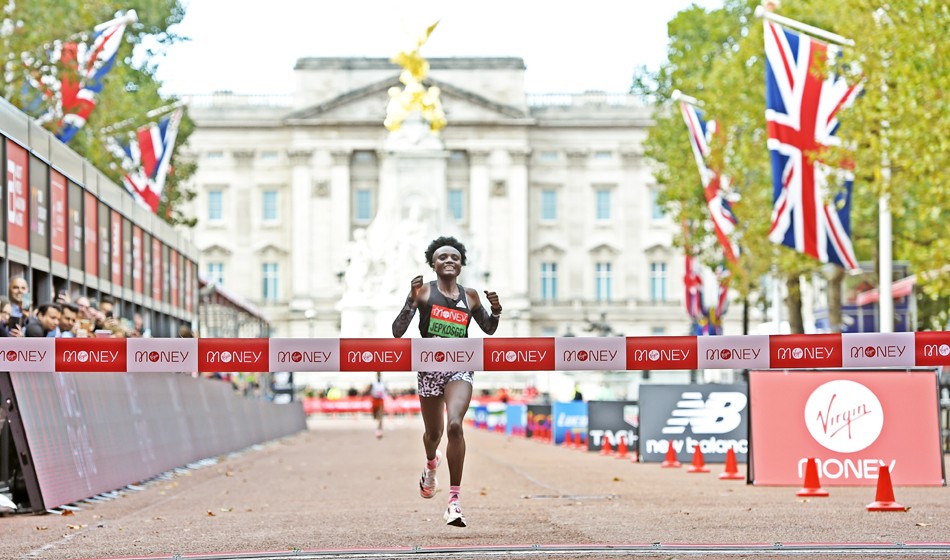 Kenyan leads five women under 2:19 in London while Charlotte Purdue sends message to GB selectors with big PB of 2:23:26

On a day when Joyciline Jepkosgei lost her world record for 10km, she enjoyed the greatest win of her career so far with victory in the Virgin Money London Marathon title. Moments after the Kenyan crossed the finish line in 2:17:43 she was told by AW that her 10km mark had fallen on the same day, but she didn’t care. “This is the biggest win of my life,” she smiled.

Jepkosgei, 27, won a race oozing with quality to become the seventh-fastest female marathoner in history. The top five women broke the 2:19 barrier – a feat which has never been achieved before – with world record-holder Brigid Kosgei finishing fourth.

“London is the best race in the world so this is a great victory for me and will be a great memory for my life,” said Jepkosgei.

First Brit home was Charlotte Purdue as she finished tenth with a big PB of 2:23:26. The time put her No.3 on the UK all-time rankings as she just missed Mara Yamauchi’s all-time No. 2 mark of 2:23:12.

“This was my Olympics,” she said, in reference to the selection snub that forced her to miss the Tokyo Games.

Now she has to decide whether to aim for a medal at the Commonwealth Games on home soil, the European Championships in Munich or a possible top 10 position at the World Championships in Oregon next year. 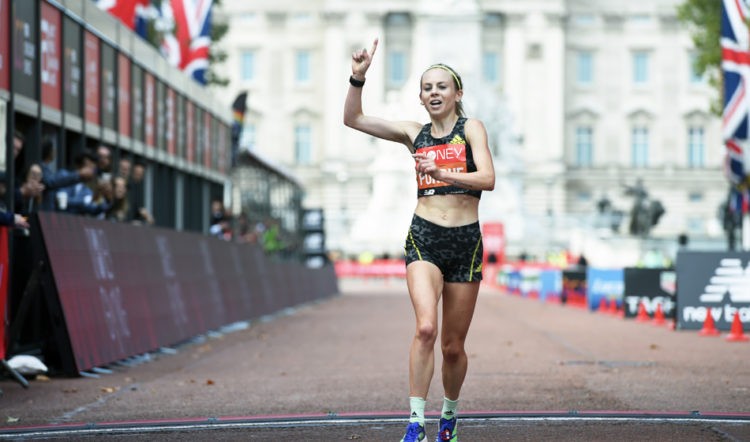 Jepkosgei won the New York City Marathon two years ago and has broken world records in the past at half-marathon and 10km. She was the first woman, in fact, to break 65 minutes for the half-marathon and 30 minutes for 10km. Like Purdue, however, she had a point to prove in London after having been left off the Kenyan team for the Olympics. She had also failed to finish in London two years ago.

After heavy rain on Saturday, race day turned out to be bright and breezy with chilly temperatures to begin with. Elite athletes aside, the streets were also full of around 36,000 runners enjoying a return to normality after the pandemic put paid to last year’s mass race.

As the event got underway news broke that Jepkosgei’s world record for 10km had fallen in Geneva when Kalkidan Gezahegne won The Giants Geneva event in 29:38, which lowered the mark by five seconds.

Oblivious to this, the leaders in London passed 5km in a brisk 16:21 and then 10km in 32:42. The frontrunners at this stage were Salpeter, Roza Dereje, Jepkosgei, Joan Melly, Kosgei, Valary Jemeli, Birhane Dibaba, Zeineba Yimer, Alemu Megertu, Azimeraw, Tigist Girma and Ashete Bekere.

Purdue, meanwhile, passed 10km in 34:11 and was looking strong and relaxed as she was helped by pacemaker Eilish McColgan.

Halfway was reached by the leaders in 68:51, with Purdue passing through in 1:11:44. At around 35km the lead pack began to break up, though, with Kosgei suffering and starting to fall back. She had suggested pre-race that she would not be in shape to challenge Mary Keitany’s women-only world record of 2:17:01 due to the tight eight-week turnaround since the Olympics and she was proved right as she began to struggle.

Jepkosgei was looking stronger, however, as she continued to build her lead as the runners passed the two-hour mark in their race.

With two kilometres to go Jepkosgei held a 14-second lead over Azimeraw. It was a small yet significant advantage and she maintained it to the finish on The Mall.

“The marathon is like a book,” said Jepkosgei. “New York was the first chapter for me. The second chapter is here in London. There are more chapters to come and I hope to be able to run quicker in future.”