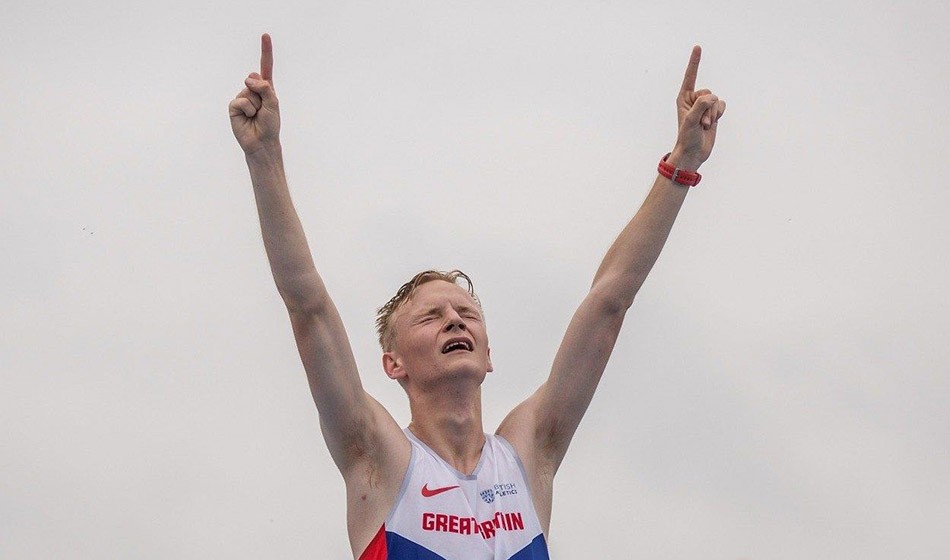 Callum Wilkinson’s move to Ireland to be coached by 2013 world 50km race walk champion Rob Heffernan is clearly working for him as he broke the British 10,000m race walk record to win the Irish title in Dublin on Saturday.

The 2016 world under-20 champion, who is now based in Cork, clocked 39:52.05 for a dominant win ahead of his training partners David Kenny and Brendan Boyce.

Reflecting on the past few months, he told Athletics Ireland: “We’ve done a lot of work. We’ve gone through our training exactly as we would as if we were competing at the Olympics.

“It’s fantastic that we can get back competing. I’ve waited a long time to represent my new club, Togher AC, so that was for them. Hopefully the first of many.

“Hopefully this is a stepping stone towards the 20km a bit later on in the year.”

It's a first Irish title for a very welcome star of @BritAthletics. @CWilko97 with a stunning performance to win the 10,000m race walk title by a street in 39:52.05.
🇮🇪🙌🇮🇪 pic.twitter.com/l3iHdRoEUq

In a Twitter update posted a little later, Wilkinson added: “Unreal to take the British record on a savage blustery day in Dublin.

“Can’t even start to describe how great it is to be able to be racing.”

Less than a week after his thrilling 1500m battle with Paul Robinson, which saw him narrowly pipped to the title, Sean Tobin went one better to win the 10,000m, clocking 29:35.14.

📺 Congrats to @SeanTobin94, one of the stars of last week’s 1500m showdown. He dropped the hammer today and took the 10,000m title in style at the @irishlifehealth @irishathletics National Championships. More to come tomorrow. Check back in the morning for links. 🏃🏼🏃‍♀️ pic.twitter.com/wv5YbCZTXf

There was a third senior women’s discus title for Niamh Fogarty thanks to her 49.46m throw, while Colin Quirke won men’s gold with 55.50m.

Saragh Buggy claimed her fifth consecutive triple jump title with a 12.97m leap, while the men’s win was secured by Jai Benson with a jump of 14.53m.