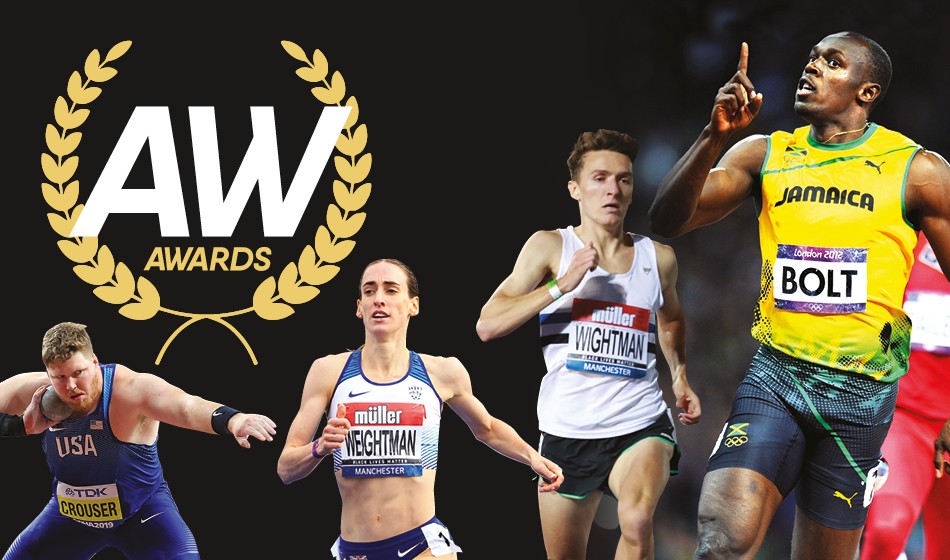 Voting is open to decide the outstanding athletes of 2020, plus the finest from the past 75 years

Usain Bolt, Fanny Blankers-Koen, Haile Gebrselassie and Jackie Joyner-Kersee are among the athletes nominated in ‘the greatest’ category of the AW Awards, launching today (November 5).

This may have been a year of major disruption but there are still many great performances to celebrate and our annual awards are back for 2020. As always, we’re leaving the big decisions down to our discerning readers and AW magazine subscribers can cast their votes now in the AW Clubhouse here.

There are the usual categories to take in the finest performances from international, British, junior, masters and para athletes, but there is also one extra category this time around.

The December issue of AW, which will reveal our award winners, will also mark the magazine’s 75th anniversary and to help us commemorate the occasion we’re asking our magazine readers to vote for the greatest male and female athletes to have graced the sport since 1945.

Full shortlists can be found below, with the results to be published in the December edition of AW.

AW magazine subscribers can CLICK HERE to read more about the nominees and cast their votes.