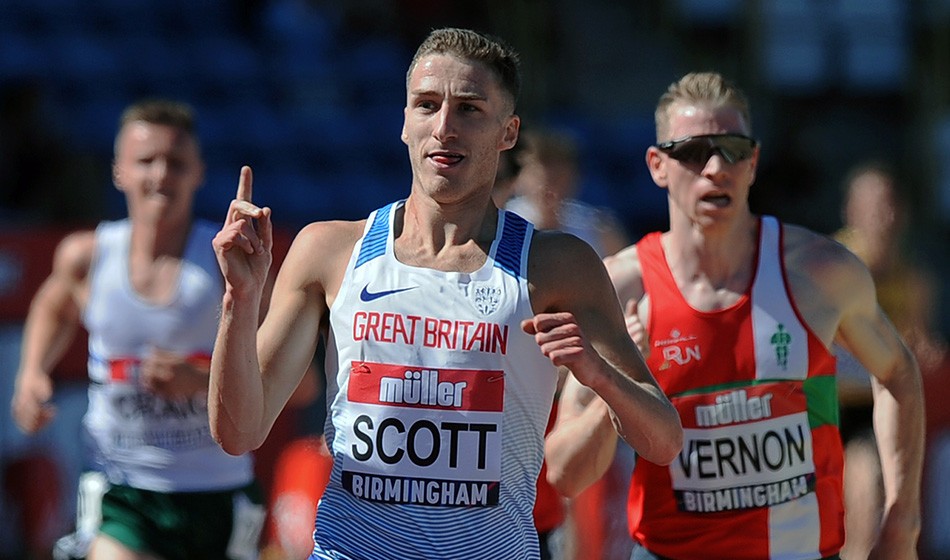 Endless workouts to build strength and stamina, training in a squad and hardly any stretching. These are some of the principles Marc Scott sticks to.

After growing up in North Yorkshire, he went to study at Tulsa University and in 2018 joined the Bowerman Track Club, led by coach Jerry Schumacher.

The squad includes Olympic 1500m champion Matt Centrowitz, with whom Scott shares a house across the road from the Nike headquarters in Portland, plus 12:47 5000m man Moh Ahmed and steeplechaser Evan Jager.

In all there are a dozen or more top-class male runners to train with. The squad also includes world-class women like Shelby Houlihan and Karissa Schweizer. It means Scott rarely runs alone.

“We meet every day for a workout or gym or a standard run. It’s a team environment and we all want to be out there together,” he says. “I didn’t join a team to go and train alone. I’ve been in a team environment since coming out to the States and I’ve found it’s worked really well. That’s why I wanted to be at Bowerman.”

As for the general training philosophy in the group, Scott says it is “very strength orientated” – and by that he means stamina-building as opposed to ‘strength work’ in the gym with weights.

“It’s not driven by mileage as such,” he explains, “but the mileage naturally accumulates due to the volume sessions we do. There is always a lot of strength element, which is kind of Jerry’s go to, and not very long rest [or recoveries]. His philosophy is to build up strength and put on the finishing touches afterwards.”

The bread and butter of the Bowerman training schedule is long repeats off a short rest at a hard, threshold pace.

Scott says he completed heavy sessions like four reps of two miles during his college days, which has set him up well for his current regimen.

“I do relish those days when we do the longer stuff, basically because I feel more at home doing that,” he says. 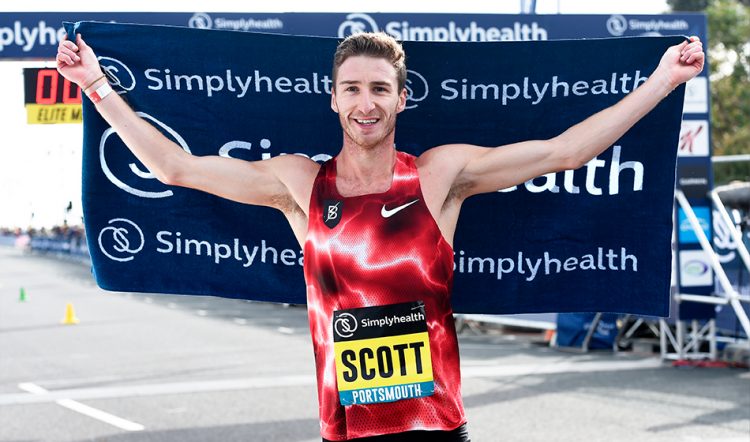 Keeping in touch with speed all year round is a big part of the training plan, too. “There’s usually not a week goes by where we’re not on the track,” Scott says.

“One, you can never have enough speed and, two, you don’t want to lose it as it takes a while to develop. So we’re on the track pretty much every week but not always doing aggressive stuff. Sometimes it might be strides or hills followed by something on the track.”

As for weights work, Scott adds: “We’re not big in the gym. We do go there but lots of it is bodyweight stuff with a separate coach.”

Scott is not a fan of stretching or conditioning exercises. “I wish I could say I did all ‘the little things’ well, but I don’t,” he admits. “With my diet, I do try to eat well and I’ve tried to do better with it lately. With foam rolling and stretching, I’ve never been a fan of it and never will be.

“Now we have massage guns and NormaTec [recovery equipment] helps a lot and it’s not difficult to do so I’m lucky to be able to use these resources. So if I use NormaTec I think ‘that’s enough’ and I don’t need to bother stretching.

“I’m happy with the way I’m running and I think changing things now is not going to make that much of a difference.”

What else does Scott dislike about training? Not much, really, as he generally enjoys all the running workouts but admits the peak season track sessions are hard.

“When we’re in the height of summer doing race pace work at 5000m or 3000m pace, it’s just very tough – especially at altitude. Those are the kinds of sessions people dread. They’re very painful.”

Schumacher often has his runners do repetitions over 800m or 1000m followed by a short rest of 20-30 seconds and then a hard 200m.

“You’re kind of hyperventilating a bit and then have to go hit a 200m hard. It’s very good for your body but hard to do at the same time,” says Scott.

READ MORE: Who is Marc Scott?

Now in Olympic year, is he playing safe with the same formula that brought him superb results in 2020, or is he gambling by adding more mileage or extra tougher sessions?

“There’s always room to add every year,” he says. “I’m not at the peak of my career. But I’m not looking to get greedy because it might result in injury, which is what’s happened in the past. I’ve found a balance within the programme which is now starting to show.”

Scott and his training partners often know what ‘type’ of session they will do on certain days but often they won’t know exactly what it entails until the last moment.

“There are no real curve balls during training,” he says. “We know the kind of session we’re going to be doing but often won’t know the details, so we’re told literally after our warm-up and lining up ready to go.

“Or we can gauge what we’re doing because we see what the girls have done as they usually finish before the guys get started. So we can see where the cones are marked out and so on, so we can cheat the system a little bit like that!”

Is he surprised at how tough his training load is compared to his pre-Bowerman days? “I knew the training was going to be hard but didn’t think it was going to be as hard as it is,” he admits.

“When I look at my splits from sessions or record my mileage, three to five years ago I probably wouldn’t have thought I could do this stuff. But, with natural progression, consistency and smart training it’s helped build me up so I can do it now.”

» This feature first appeared in the January issue of AW magazine