Who is Marc Scott? 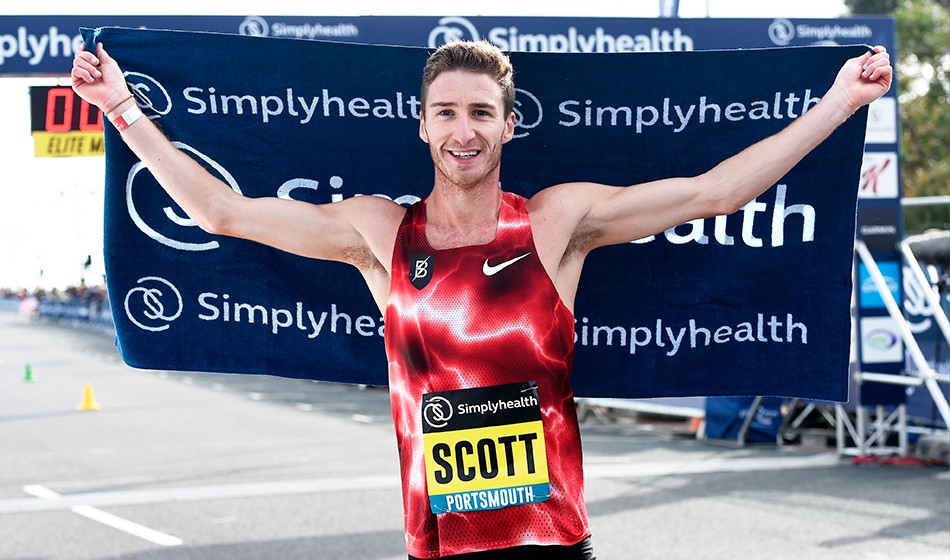 This interview was first published in the March 12, 2020, edition of AW magazine

When Marc Scott clocked an eye-opening 13:08.87 indoors in Boston on February 28, he was delighted to run inside the Olympic qualifying standard of 13:13.50. Breaking Mo Farah’s European indoor record of 13:09.16 was merely an unexpected bonus.

“The record kind of just happened,” he says. “The original goal was always to hit the Olympic standard – 13:13.5. After talking with my coach we thought on a good day 13:10 might be possible but we didn’t know how the race was going to play out.

“A few people mentioned the British record to me and who had it but I didn’t really think about it too much as I really mainly wanted that Olympic standard.

“The last 800m went well and I was shocked when I saw the time at the end which was a good feeling. I didn’t know Mo’s record was also the European record so to get a double whammy was pretty special. I didn’t even know my time was a European record to begin with but it feels a little better when I know it’s one of his!”

Scott is speaking to AW from his base in Portland, Oregon, just across the road from the Nike headquarters, where he does much of his training. After studying at the University of Tulsa and then running for the Bowerman Track Club, he has been based in the United States for a few years now but has not lost his Yorkshire accent.

Being based Stateside has certainly worked for him, though, and his indoor 5000m in Boston is a time that only three other Brits have beaten outdoors.

“I had a good build up before Christmas where I stayed healthy and have got some consistent work done,” he says.

“I had a bad run in Doha (he ran 13:47.12 in the heats) but didn’t really have a break and jumped straight into doing cross country
and relays for my club in the UK. Then I had a good block of training in the US and then went to altitude for just over six weeks. Then I came down to race indoors in Seattle and then went over to Boston for that 5000m.”

He adds: “It’s not just me running well. It’s our whole group. Things are going well for us all.”

Scott did not enjoy amazing success during his early years in athletics. Back in 2008, for example, as an under-15 he was a modest 69th in the English Schools Cross Country Championships, 76th in the Inter-Counties and 81st in the English National.

“I wasn’t a very talented junior at all,” he says. “I don’t know what it was. I enjoyed the sport and wanted to keep doing it. I guess at that age a lot of factors go into it. I wasn’t training very much and I was playing football a lot. I was mainly doing it just for enjoyment and it didn’t come naturally to me when I was young.”

1️⃣3️⃣:0️⃣8️⃣.8️⃣7️⃣‼️ • Took the legs for a spin last night and ended up coming away with the British and European Indoor Record in the 5000m🤯 Knocked out the all important Olympic Qualifer too✅ • 📸: @justinbritton #Nike #Bowerman #BostonMagic

Scott, who is from Northallerton in North Yorkshire, England, played football in central midfield or on the right wing or as a right back for his school and county and the Leeds United development squad.

An injury forced him out of the game and led him to turn his attention moreso to athletics but he still keeps an eye on the results for Leeds, Middlesbrough and Sunderland – the latter due to family links.

“I didn’t really make a commitment to running until I was 16 years old,” he says. “When I began to focus on it more then things started to develop. Maybe not doing too much has set me up well for what I do today.”

He didn’t show great form on the track initially either but he demonstrated impressive raw stamina on the fells. He won the English Schools title in fell running in 2009 and placed highly at international mountain running events as a teenager during his days with Richmond & Zetland Harriers.

“I moved on to the fells because I just wasn’t good enough on the track,” he explains. “I tried something different and got my first England vest on the fells. I was British and English Schools champion on the fells and I built up a lot of strength doing that and it transitioned quite well on to the cross country and eventually the track.”

Due to his lack of track performances, Scott had trouble getting a full scholarship to a US university. But he successfully sold himself to Tulsa, persuading the university to gamble on him. It was a gamble that paid off too as he broke eight minutes for 3000m in 2015 and brought his 5000m time down to 13:36.81 from well outside 14 minutes the previous year.

“I didn’t have any times to my name because I didn’t do much track running. It’s the main way kids get recruited but I didn’t have any good track times. I’d run a good 10km time at the Leeds Abbey Dash when I was about 16 but they weren’t set on giving me a full scholarship. So I asked them to really trust in me and give me a chance and I think it paid off because I eventually won the NCAA title 10,000m title in 2017.

“I always wanted to go to the States because there’s a great team opportunity. I got into a good routine training with people I got on with well and I began to fall in love with the sport a bit more.”

Winning an NCAA title was huge and, after his European indoor record in Boston, is there more to come? He certainly looks like an athlete on the rise.

“Yes I think so,” he says. “My coach (Jerry Schumacher) said he didn’t expect the 13:08 yet. I like to think I can get close to 13 minutes. I’ve had four team-mates run 13 minutes or quicker last year so the potential is there for our group and the coaching we have is remarkable.”

Being in the States, Scott picks and chooses his flights to the UK carefully because they can be draining and interrupt training. Family and racing aside, there is another reason for him to travel back to England, though.

His girlfriend is Holly Archer, the British indoor 1500m champion, fellow Cambridge & Coleridge member and, like Scott, an improving athlete in form.

“She works full-time back in Britain so we’re doing the long distance thing and we’re doing well with it,” he says.

This interview was first published in the March 12, 2020, edition of AW magazine 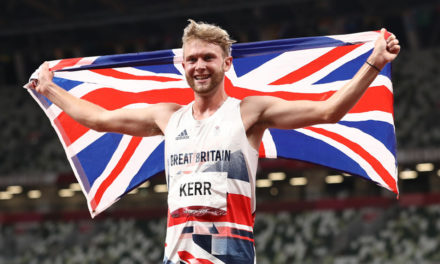 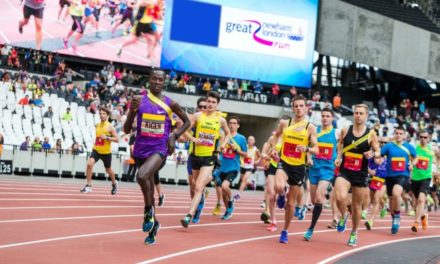