Improve your strength with Olympic lifts in the gym 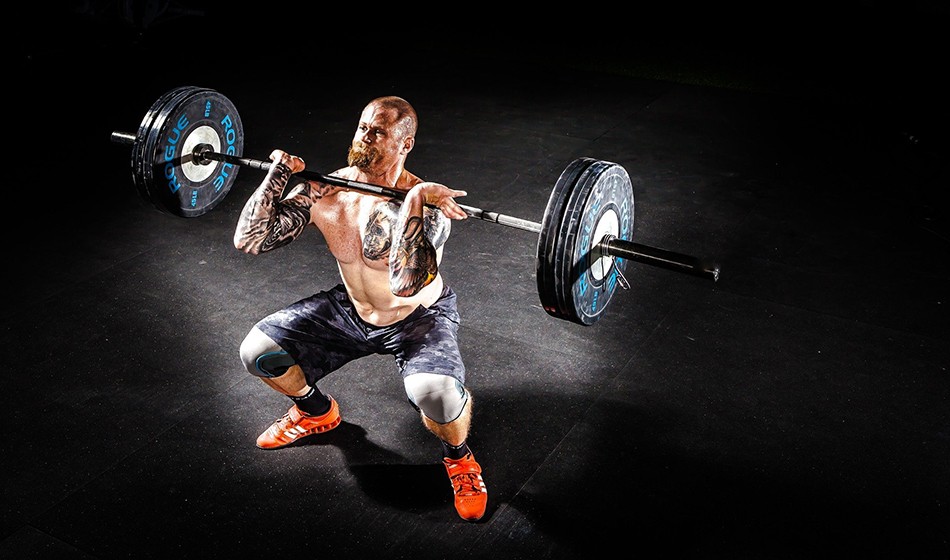 The Olympics is not far away and one of the events that have stood the test of time regarding viewing numbers is weightlifting. It shouldn’t really be called weightlifting because it’s more like powerlifting. Some of the strongest people that grace the earth, will be competing against each other in front of billions watching around the world. Those of you who are athletes and or just fitness fanatics, will want to try these lifts at home or in the gym. They will test every muscle and bone in your body and every neuron of your mental capacity.

The jerk is perhaps the most recognisable lift of all. The barbell starts on the floor in front of the athlete. He or she will then use an overhand grip to grasp the barbell. The athlete will then lift the barbell in a jerking fashion, while using the legs and straight back to move the weight forward, up and then on to the chest or shoulders. Finally, the finishing position is with the barbell to be lifted over the head and kept there for two seconds without the athlete moving. It’s also known as the military press as armies use it to test their soldier’s capabilities to lift and move equipment and supplies.

The shoulders, knees and legs will use explosive movements to shift the barbell upward in two motions. You can use your torso to ‘catch’ the barbell before the final press. It’s vital that you have a strong back, especially your spinal erector muscles along the spine. To train this lift, you should use an empty barbell and focus on the movement and then slowly add weight. Focus on form and your breathing.

This is one of the most iconic lifts in the world because of how strong the upper body needs to be. The snatch is one of those Olympic lifts that really sets the best apart from the almost and maybes.

The barbell snatch might be the toughest lift because of how the arms are positioned. The arms must be kept straight and parallel to the barbell. It requires a very wide grip so that the arms lockout and the shoulders, back and core are doing the majority of the lifting. In one fluid motion, the athlete explodes using their legs, to straighten up their back and chest. The barbell is lifted over the head and the athlete must not move for two seconds in this final position.

You can train this lift on your knees using a small barbell. Focus on keeping your arms straight and exploding upward. It’s also vital to work on your hip and shoulder flexors to maintain balance.

The power clean focuses on explosive speed and power, using the shoulders and legs. However, unlike the other two Olympic lifts, this lift does not require the athlete to raise the barbell over his or her head. This also means that a lot of weight can be put on the barbell as athletes can test their shoulders and core strength.

The athlete will start by squatting down and grasp the barbell with an underhand grip. He or she will utilise the same movement as the other two lifts to explode upward, using their torso to catch the barbell.

An alternative to this is the high pull exercise. Rather than an underhand grip, it uses an overhand grip. The barbell can be rested on the waist before the athlete lifts the barbell up to shoulder height. This gives a tremendous burn to the front deltoids and chest. It uses 95% of the movement required for the Olympic lifts.

You can train for this lift by doing any exercise focussing on the front and side deltoids. The core plays a crucial role in the explosion upward. So training your abdominals, obliques and lumbar muscles is how you can strengthen your body for this movement.

As you can probably tell, your shoulders, core and legs will be the main muscle groups that will be used in these Olympic lifts. Focussing on form and balance, plays a key role in the success of each lift. Train with an empty barbell and look at your form in the mirror. You may also want to wear a weightlifting belt to support your lower back. Even the top Olympic athletes wear them, so take extra care with these difficult lifts, they can be dangerous.

Olympic lifts have always captivated us. When an athlete is about to do one of these three lifts, we can’t take our eyes off them. If you would like to train for these, take your time, follow our advice and focus on your form.