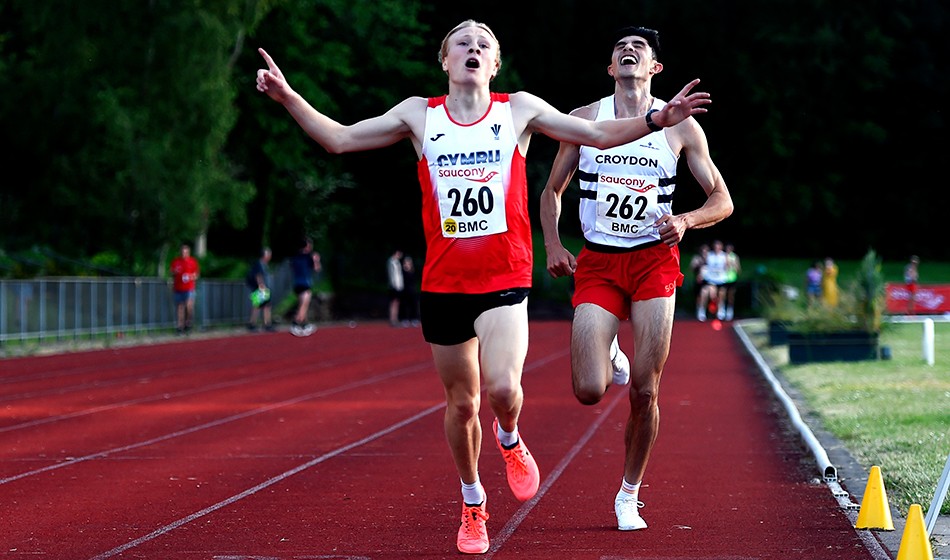 Living and training in Anglesey just off the north-west coast of Wales means Osian Perrin often has a long journey to most of his races. Given this, he makes them count.

Most recently, for example, he shaved half a second off Tom Farrell’s UK indoor 3000m record at the BMC Grand Prix in Sheffield earlier this month with 7:58.23. Then, at the BoXX United World Indoor Tour in Manchester on Saturday (Jan 22), he improved the mark to 7:54.41 after a blistering finish placed him fourth in an international field of seniors.

Perrin only turned 19 on January 21, but he is coming of age.

“I went through 1500m in about four minutes and I really picked it up with about 3:54 for the last 1500m,” he says of his Manchester race. “I dropped off with about four laps to go but picked it up again in the last 400m to really close the gap. It was hard work.”

Perrin’s races in coming weeks are likely to include the UK Athletics Indoor Championships in Birmingham on February 26-27. There he will probably run the 3000m but he feels he has potential at shorter distances too. “I think I could go 3:40-45 in the 1500m. It’s just a case of finding a race,” he says. 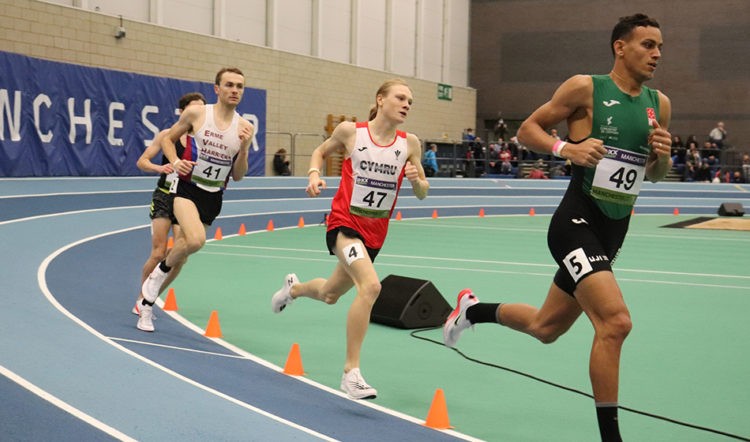 Perrin is one of the growing band of endurance athletes who successfully combine running with triathlon. Beth Potter, Alex Yee and of course Alistair and Jonny Brownlee have all shown that you can produce great running performances off triathlon training and Perrin is following suit.

After his race in Manchester he planned to go for a four-mile warm-down run followed potentially by a few miles on the bike when he got home in the evening. Due to racing that week, his overall training volume was low and he felt he needed to bulk up the volume slightly.

A member of Menai Track & Field AC and coached by Andrew Walling, his many achievements so far include breaking a Welsh under-17 3000m record that had stood for 43 years and in 2021 he finished fifth in the 5000m at the European Under-20 Championships in Tallinn. It’s fair to say he could possibly have made the podium too as he contracted Covid a fortnight before his race.

On his triathlon progression, he says: “Last year was a disaster with my triathlon as my biking wasn’t good enough but recently I’ve really upped my bike training and my swimming’s really improved so hopefully I’ll be there in triathlon and running this summer.

“I probably do more running as the average triathlete. I don’t do as much cycling, though, which is why my cycling hasn’t been great in the past. But upping my cycling recently has helped my running quite a bit.”

He would love to qualify for the 5000m at the Commonwealth Games in Birmingham and also the triathlon relay. With this in mind he ended his cross-country season last month after finishing 22nd at the Euro Cross in Dublin. “I really want to get my speed in now and try to get that Commonwealth time (13:39.00),” he explains.

If he wants, he could probably be a success in Cani-X too. Similar to marathon man Phil Sesemann, his No.1 training partner is his dog, Deica, a Belgian Malinois who can run all day.

“She does my long runs with me and even does my sessions on the track with me,” he says.