Owen Heard – rising up the ranks 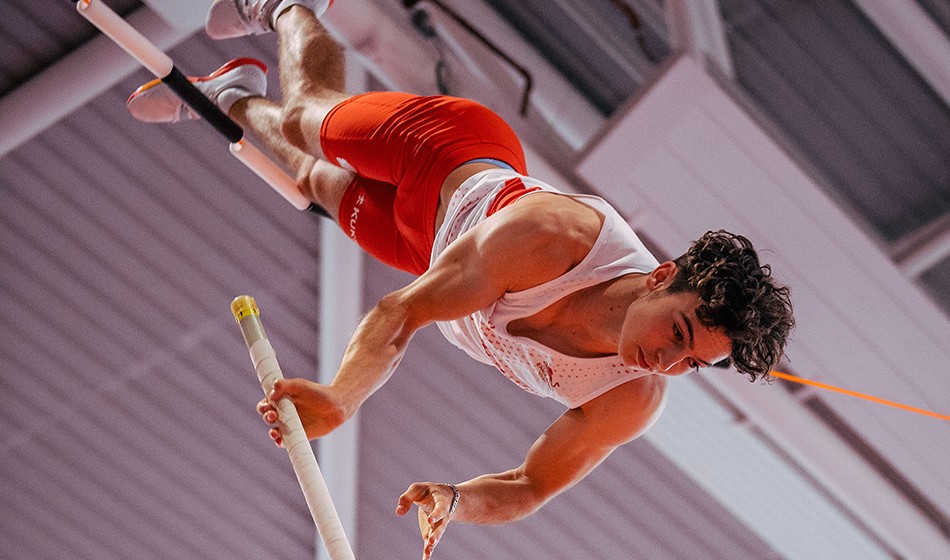 At the Commonwealth Games in Birmingham, we saw many household names competing with hopes of making history on home soil. We also came across up-and-coming athletes who shone at the Alexander Stadium in their own right and gave those of us watching an array of thrilling performances. One of these was Owen Heard.

He finished fifth in the men’s pole vault final, with a third-time clearance at 5.25m. The England athlete may not have secured a podium position this time round, but considering that he nearly gave up on athletics recently, his appearance at the Games was an amazing feat in itself.

“When I got the phone call to say that I’d made the team, I was buzzing,” says the 20-year-old.  “I spent the last few years struggling mentally with pole vault and not performing to my full potential but I gave it one last push this season. Suddenly, I managed to get on the Commonwealth team, which came out of nowhere for me. I was over the moon!”

Heard started in gymnastics many years ago as a child. He then branched out into pole vault as the idea of going fast and being gymnastic at the same time appealed to him. He is also currently a Team Pacer athlete, which plays a significant part in his success.

“I’ve been pole vaulting for years now and Pacer poles work best for me,” says Heard, whose PB is 5.45m. “I love the poles, and being a part of Team Pacer has definitely helped a lot because I now have access to a whole range of their equipment.”

Having learnt so much from the Commonwealth Games, it’s clear that Heard is destined for big things. Having cleared many mental hurdles, he insists he is just getting started.

“There’s definitely more in the tank!” adds Heard, who is coached by Olympian and former British champion Kate Rooney.

“I’ve just had a breakthrough this season, so I’m hoping that there’s more to come. There are longer run-ups waiting for me to go on to, and I’m going to keep my head down, keep working … and then we’ll see what happens.”

» Neuff is proud to announce Owen Heard as one of our newest blog contributors, and you can keep up to date with his vaulting content by closely following our social media channels and our website’s blog section at neuff.co.uk

» This article first appeared in the September issue of AW magazine