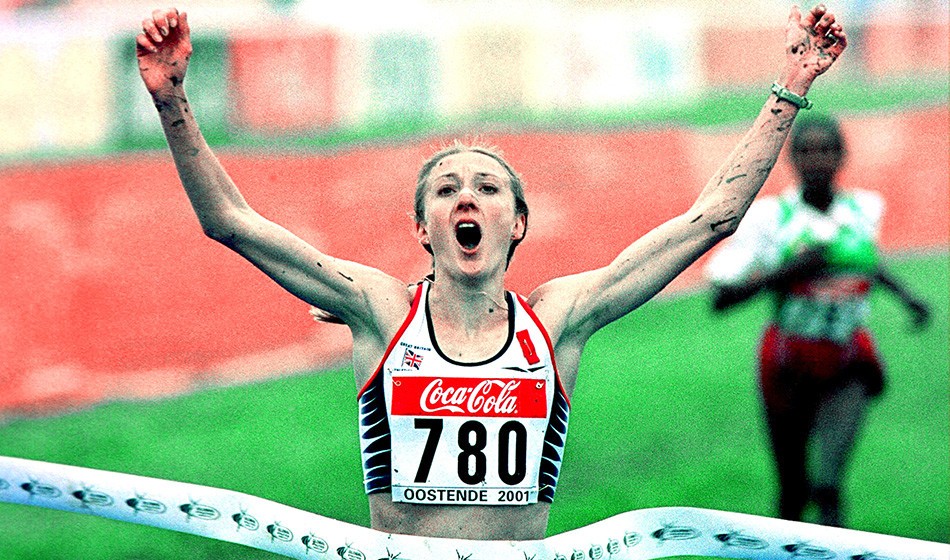 The World Junior Cross in Boston in 1992 was actually the race which made me believe I could have a chance at making it as a professional athlete. It inspired me to go and work hard all the way through university and make that transition from junior to senior.

I made it a goal that day to try and win the World Cross. It took me nine years and a couple of 18th places, a 19th, a second and a third. Then, in 2001, a lot of things came together.

In my head, it was my last shot at the World Cross before I moved to the marathon. The event got moved from Dublin to Ostend, which made it a mudbath and a strong person’s race. I knew I was strong.

The whole winter, we really focused on that race. We had been away in Albuquerque and had done a lot of training on what is basically an empty riverbed, a dam in the bottom of the foothills with very loose sand trails, the closest we could simulate the mud of Ostend in the middle of a desert.

"There's a skill cross country teaches you. It's the purest form of racing. Race the course and everyone else." @paulajradcliffe on why victory at the 2001 World Cross-Country Championships in Ostend goes down as her greatest race.

Read the full interview in our Sep issue ⬇️

We did a lot of reps in there – just tempo runs, 5x2km reps – really concentrating on trying to run quickly on the sand to simulate the mud and I’m sure that helped. I was stronger than I’d ever been. I’d also started working with Max Jones on my strength and weights training and that winter I was able to clean and squat heavier than I had done before.

My coach Alex Stanton always said to work on your weaknesses, but really work on your strengths as well, and play to them. My strength was that I’d grown up doing cross-country.

I think we did pull that all together, with a little bit of luck as well, I guess. 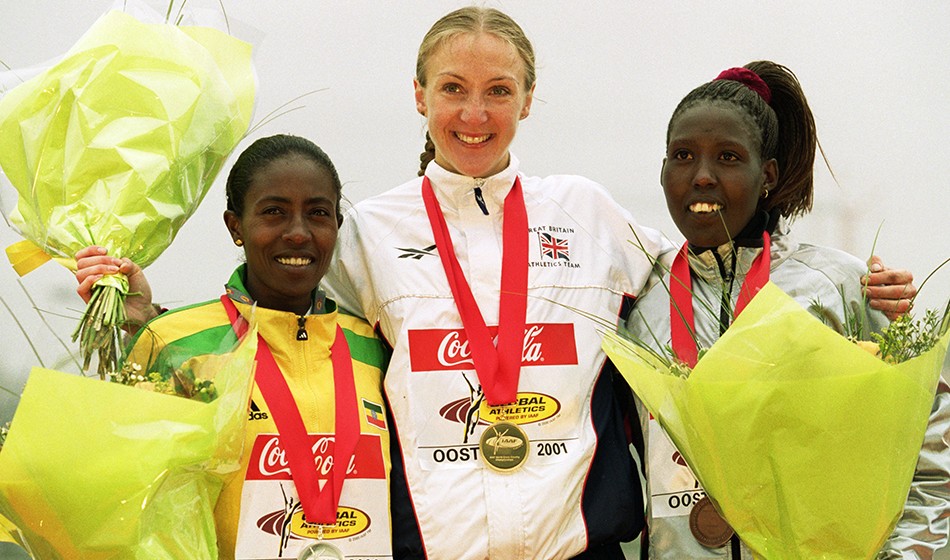 Paula Radcliffe with her gold medal at Ostend (Getty)

I can remember waking up that day and just feeling really calm. I knew what I needed to do and it wasn’t as if I really ran the race much differently to how I had done previous World Cross races. It was still me kind of shaking everybody up.

This little voice inside me knew that Gete Wami was going to come past me, but I was going to be able to get back to her. The conditions helped without a doubt. Because she’d been sheltering behind me the whole race, it was only when she got in front of me that she realised how strong the wind was.

In my head, it was my greatest race because I won in a sprint finish and I think it’s about the only race I ever won that way, but it wasn’t really a sprint finish because it went into the wind.

We did the short course race – 4.1km – the next day and Wami won and I came second. The course was so wet that they pumped it overnight and on the second day I didn’t run as well as I had on the slushy, deep mud. It just suited me a little bit more.

I did the short-course for the team but also I had grown up with the tradition of the World Cross being one race. I didn’t necessarily agree with it when they split into two. There was a little bit of a consensus that the 8km was still the proper race but, if you really wanted to be overall world cross-country champion, you tried to win in both.

The 8km was definitely my focus and I was tired the next day. I couldn’t compete with Wami over the shorter distance because she had too much strength left at the end of it. 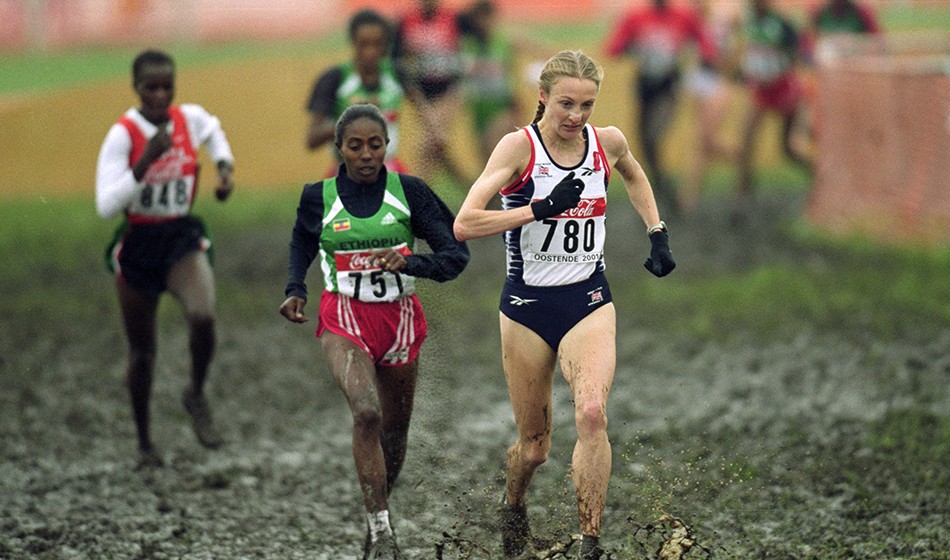 Paula Radcliffe battles through the Ostend mud in 2001 (Getty)

To a cross-country runner, the World Cross is just something unique and special. I think that’s why you saw the reaction that happened last year when they tried to change the events of women’s cross-country – it is the ultimate challenge.

I also think it’s where a lot of the best runners come from. If I look back at my idols – people like Grete Weitz, Liz McColgan, Ingrid Kristiansen – a lot of those women started out in cross-country.

Even Seb Coe and Steve Cram, they’ll talk about the fact that their base was in cross-country. There’s a skill that it teaches you. It’s the purest form of racing really, isn’t it? Basically, race the course and race everybody else.

You have the ultimate of pulling together everyone from even 800m runners up to the marathon. The actual distance doesn’t really matter. It’s all about the skill.

Paula Radcliffe is a brand ambassador to children’s smart watch company, Xplora, working together to encourage activity amongst families