“If you don’t run fast, nobody cares” 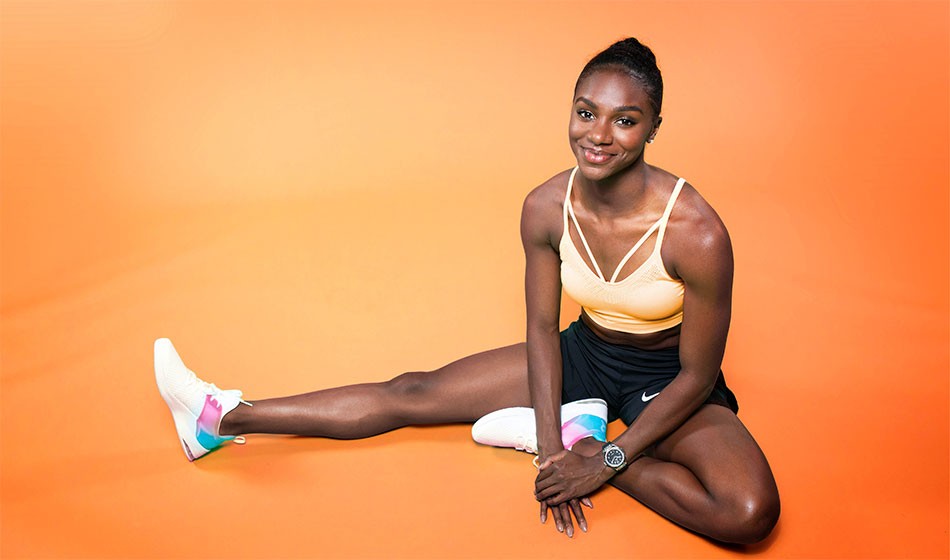 World 200m champion Dina Asher-Smith on why she won’t be losing sight of her priorities, dealing with fame, improving her mental strength and preparing for the “exciting time” which lies ahead

Dina Asher-Smith’s day job regularly involves balancing on a knife edge. When it comes to the events in which the sprinter competes, even the smallest of errors can be amplified, not to mention damagingly costly. Missing the ‘B’ of the bang or even just putting a foot out of place might be the difference between medals or mediocrity.

Get it right, however, and the world becomes a different place. The 25-year-old has moved into bona fide star territory after first making the 2018 European Championships her own with a hat-trick of gold medals, then becoming world 200m champion – not to mention 100m silver medallist – in Doha the following year.

She has become a woman in demand away from the track but, as she reveals in an exclusive interview in the January issue of AW, running incredibly quickly is something which has come much more naturally to her than being famous. That fame will spread even wider should she find further success at this year’s Tokyo Olympics, but it’s not the lure of celebrity which is a driving force for Britain’s first ever female world sprint champion.

AW subscribers can read more in the AW Clubhouse: What athletics has done for me – Dina Asher-Smith

“Your priority has to be to run fast and if you want to run fast then you have to train six days a week, 48 weeks a year. I’ve got a job to do and that’s the way I like it.”

Some aspects of Asher-Smith’s life have changed markedly over the past couple of years and whilst her public persona is upbeat and outgoing, with her viewpoint being increasingly sought on a number of topics which have little to do with track and field she has also found it necessary to be on guard.

“You have to be really in control of your opinion because not only do people want to hear your voice, there are lots of people who kind of just want to take it and put it on something you haven’t even seen or they want to attribute it to something you would never say,” she adds.

“There are people looking to use it for their own agendas, which you have to be very wary of, so there have been so many changes. I just want to run fast so it has been a big adjustment but it comes with the territory and it’s definitely a learning curve.” 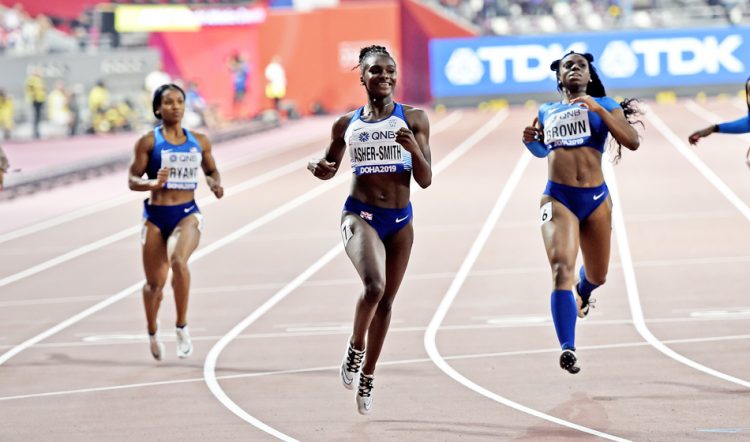 The learning hasn’t stopped in training, either. Under the guidance of long-time coach John Blackie, Asher-Smith is currently laying her Olympic foundations with a quiet confidence obtained through experience.

Whereas previously she might have upbraided herself or allowed tension to creep in, coming out of the other side of situations such as the broken foot which almost stopped her from competing at the London world championships of 2017 [she still managed to finish fourth in the 200m and win 4x100m relay silver] have helped add useful weapons to her armoury.

“There are always many paths to get to your goal,” she says. “I’ve learned that and I think just going through circumstances where I might have had a big injury and the odds were very much against me but I still managed to perform [have helped].

“Going through that, you become more relaxed so definitely no I’m not the person that freaks out. Obviously if I see a pattern and something’s not working then that’s different and you have to address it but, with little deviances, as long as we understand why, what they’re about and we’re still moving in the right direction then I’m okay.”

“There are always many paths to get to your goal”

Save for the occasional low-key outing over 150m, Asher-Smith has not raced since helping the British 4x100m relay team to silver in Doha. With lockdown forcing a change to the physical side of things, she spent much of last year priming her mind.

“I used the year in a different way,” she says. “Normally it would have been a very testing time for our bodies. For myself, my team and my coach it’s been about looking at things from a different perspective and not trying to just act like everything’s normal.

“Everything hasn’t been normal and the faster you come to terms with it, the better you can use the time. I made it very clear in 2020 that I wasn’t just going to race for racing’s sake, especially when one of the downsides of racing was that you could potentially catch a life-altering virus.

“We used the time to get stronger in areas that we wouldn’t normally have the time to work on.

“In terms of us saying ‘if you were given six months, what would you do?’ I was like ‘well if it’s six months of going through this pandemic and being locked in the house, which is crazy, then I’m definitely going to make sure my mind is okay’.

“It’s not that it wasn’t – generally I’ve been absolutely fine – but it’s just the fact that you might think you’re fine and then when you’re put under pressure next June or July, suddenly all of these anxieties pop out of nowhere and you’re like ‘why am I about to cry in the middle of this?’.

“I know it sounds so foolish because that may never happen but you just need to cope with lots of psychological stuff in the moment so that’s what I was working on but that is mindset and it’s testament to how important that is when you come to run.

“If your mind is not in it, then it’s going to be far harder to do your job. I never say impossible but you just want it to be as easy as possible for you to perform to the best of your ability. You don’t need extra hurdles to jump over.

“I always need to be chilled and calm – that’s basically my job. It’s making sure that, whatever happens, my reaction will be ‘okay, keep going’.”

“I made it very clear in 2020 that I wasn’t just going to race for racing’s sake, especially when one of the downsides of racing was that you could potentially catch a life-altering virus”

There is much on the horizon, too. The pandemic has brought fixture chaos and uncertainty but, in Asher-Smith’s view, the reshuffled championships calendar has brought with it a real opportunity – not just for athletes to perform but for athletics to raise its profile.

“It’s really exciting. We have a major global competition every single summer and then there are the Commonwealths and Europeans – which are so, so much fun,” she says.

“I think it’s a really exciting time, hence why we took 2020 as a chance to prepare and make sure that hopefully the next few years can be a lot of fun for us.” 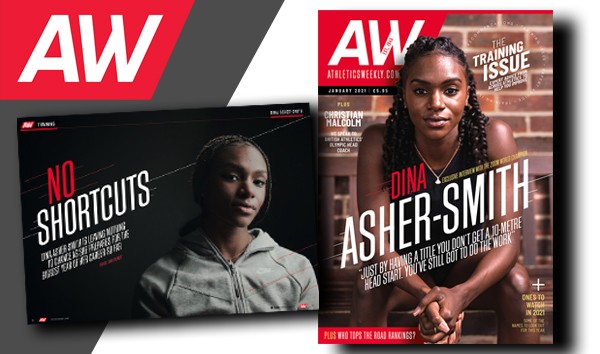 » Dina Asher-Smith outlines her approach to training and why she is leaving nothing to chance this year in an exclusive interview in the January issue of AW. To order your copy, click here. A digital edition is available here