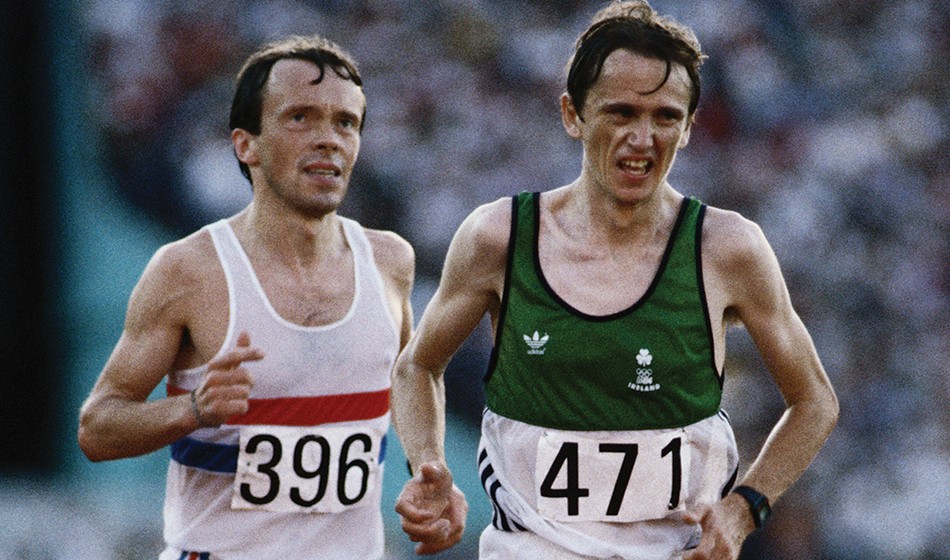 The build-up really started the year before when I achieved my aim of winning the AAA 10,000m. I thought: “I want to go the Olympics. I might scrape into the British team – but, if I did, I wouldn’t do much because I’m just not fast enough. So now’s the time to try a marathon.”

The Houston Marathon was in January and I thought: “If the marathon’s not for me, it gives me enough time to try and make the 10,000m team.”

I won the race by the thickness of my vest. Definitely, this was the race for me. To get into the Olympic team, I had to run London. I won that race by a good margin and so my approach into the Olympics was psychologically very positive. I’d run two marathons and won them both.

It opened up all sorts of possibilities. I wasn’t getting carried away but it just made me think “I don’t know how good I could be at this event.”

I knew it was the biggest opportunity of my whole career. That brought an incredible nervousness when it got close but if you’re not nervous when you’re going to run in an Olympics, then something’s wrong.

The day of the race was the longest day of my life. It was a 5pm start and it was the last day of the Olympics so there was hardly anybody in the Athletes’ Village. I tried to read a book but I wasn’t taking it in because I was thinking about the race.

They talk about hitting the wall in the marathon but, really, it’s climbing up the wall before the race starts that is the hardest bit. Eventually, the time came but my hands were shaking, trying to tie my racing shoes in the warm-up area.

We were inside a covered gymnasium. All the best marathon runners in the world were jogging around and that’s when you realise what you’re up against. I was incredibly nervous. I was losing it. I stepped outside into the hot sunshine, which everyone was avoiding, and I gave myself a talking to. This helped a lot because it switched my mind from being frightened to positive.

I thought: “All the best runners are here – which means that if I get one brilliant race, I can beat them all in one go. Let’s get on with it and see what I can do.” 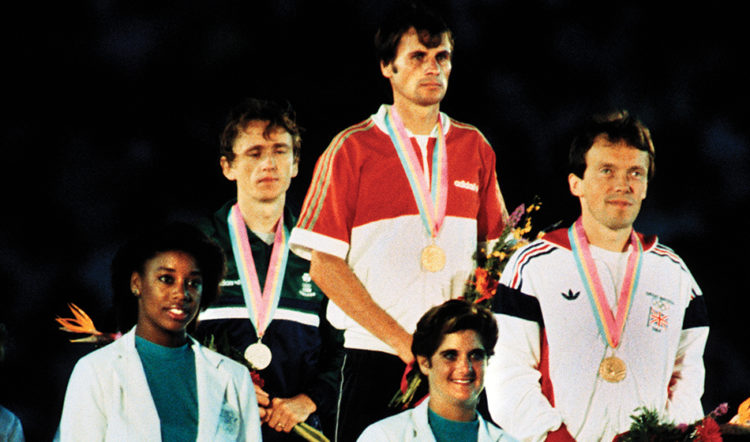 When the race started, I felt nervous for about the first three-quarters of a mile and then the nerves were gone. There were two occasions where I had to make a decision. One was about 10 kilometres in when a few of the American and African runners really surged hard. I thought: “It’s too early and too hot to go with this.”

I’d won my other two marathons by coming from behind as people faded but I saw some of the favourites like Rob de Castella go chasing. This is the Olympics, you have to be with these people so I ran a mile much harder than I really wanted to at that stage.

I took the aggressive approach that I was going to go for it and I got into the leading group of about ten. And that was it. We got away from everybody else. People like Alberto Salazar, who was one of the favourites, missed that break and was never in the race.

This was my first Olympics. I was 32 years old. Beforehand, the one thing I said that I must not do is finish the race thinking: “I wish I’d done this.” Later on, when we got to about 21-22 miles, I’d expected De Castella or somebody to push really hard. I was mentally ready for it but I looked around the group and no one else was going to push.

It was actually my best chance and I had to persuade myself that something I had never imagined was actually happening – that I’d get to past 20 miles and think: “We’re not going fast enough.” I pushed the pace for a while and really reduced that group.

I’ve often thought since that, in a whole variety of sports, being able to make the right decision when you’re under physical and mental pressure is the key to being really successful.

You can have your fitness and your talent but, quite often, it comes down to being in a pressure situation and you have to decide what to do at that moment. Those were the two moments that made that race as successful as it was for me.

We’d got down to four. I didn’t want to push this all the way and have three people go past me at the end. I just tucked in a little bit behind John Treacy and Carlos Lopes. Shortly after that, Lopes just changed gear and away he went. I tried to go with him but he was just going too fast.

Treacy was beside me. I glanced behind and Joseph Nzau was fading away. I just had that moment where it hit me. I’m going to win a medal. Then immediately, I thought: “Only if I can keep this going for three miles.” I just put it out of my mind completely and it was just a matter of getting to the finish as fast as I could. I just concentrated on that.

When we got close to the LA Coliseum, John and I were still together. I started to think about how silver’s better than bronze. I was thinking where I might try and attack him when he attacked me. He surged away. I thought: “I have to catch him before we hit the track.”

I hammered as hard as I could in the tunnel and was right behind him going down the home straight. The noise the whole way around was extraordinary but we had a whole lap to do after that. I think I’d used up whatever finish I had catching him, although I ended up only two seconds behind.

Lopes had just disappeared. He was one of my running heroes and he just was a complete class apart.