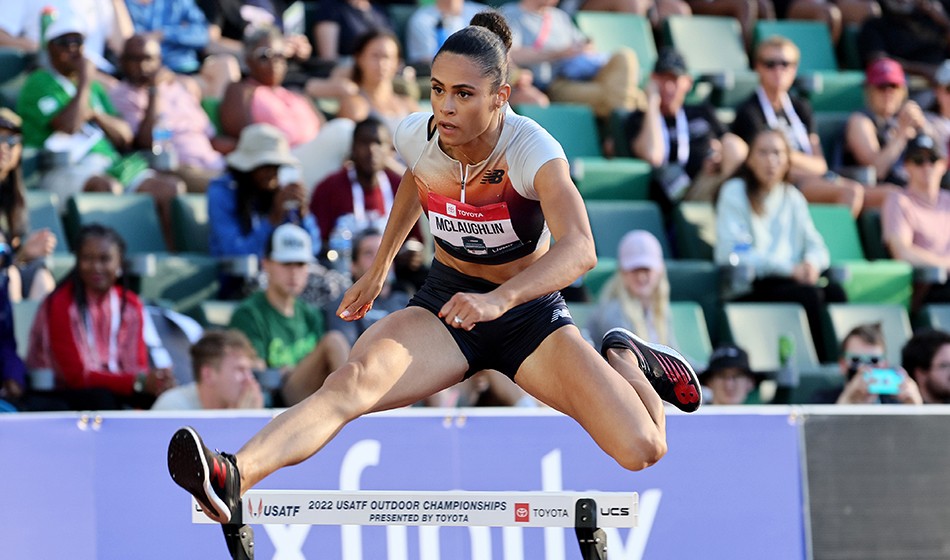 Sydney McLaughlin has broken her own world 400m hurdles record at the USATF Championships, running a time of 51.41, and no one can be surprised.

The Olympic 400m hurdles champion set 51.46 on her way to a truly spectacular gold medal in Tokyo last year, when she saw off two world class competitors in Dalilah Muhammad and Femke Bol, and has now laid down quite the marker ahead of the World Championships in Oregon.

The fact that McLaughlin, 22, has knocked five hundredths of a second off that mark at Hayward Field, the same stadium that hosts next month’s championships, must be a daunting thought for both Muhammad and Bol.

Wow. This is how @GoSydGo made more history in the 400m hurdles 🔥

“I was just gonna finish the race, knew anything was possible,” McLaughlin said. “We’re going to represent the USA well, we’re all going to try to get on the podium. I’m just really grateful for it.”

McLaughlin’s mindset from the gun going off was clear as she had already made up the stagger on those athletes in the outside lanes before the half-way stage of the race.

Going down the back straight, it was just a question of how much she would take off her previous world record.

Such is McLaughlin’s domination in the event now, there was no shock reaction unlike that of Tokyo. Instead, she gave two thumbs up to the camera when posing but the scoreboard which flashed the numbers ‘51.41’.

The American now holds the two fastest and four out of the top five 400m hurdles times in history.

McLaughlin has now broken the world record on three occasions, the first actually being at last year’s USATF Championships. That time was 51.90 and come July it may end up lower than 51.41.

Before the emergence of Muhammad and then McLaughlin, the 400m hurdles world record lasted just short of 16 years when Yuliya Pechonkina ran 52.34 back in 2003.

Since Muhammad broke that with her own 52.20, it’s now been lowered on four occasions in less than three years.

The rate that McLaughlin is going, expect that number to rise.