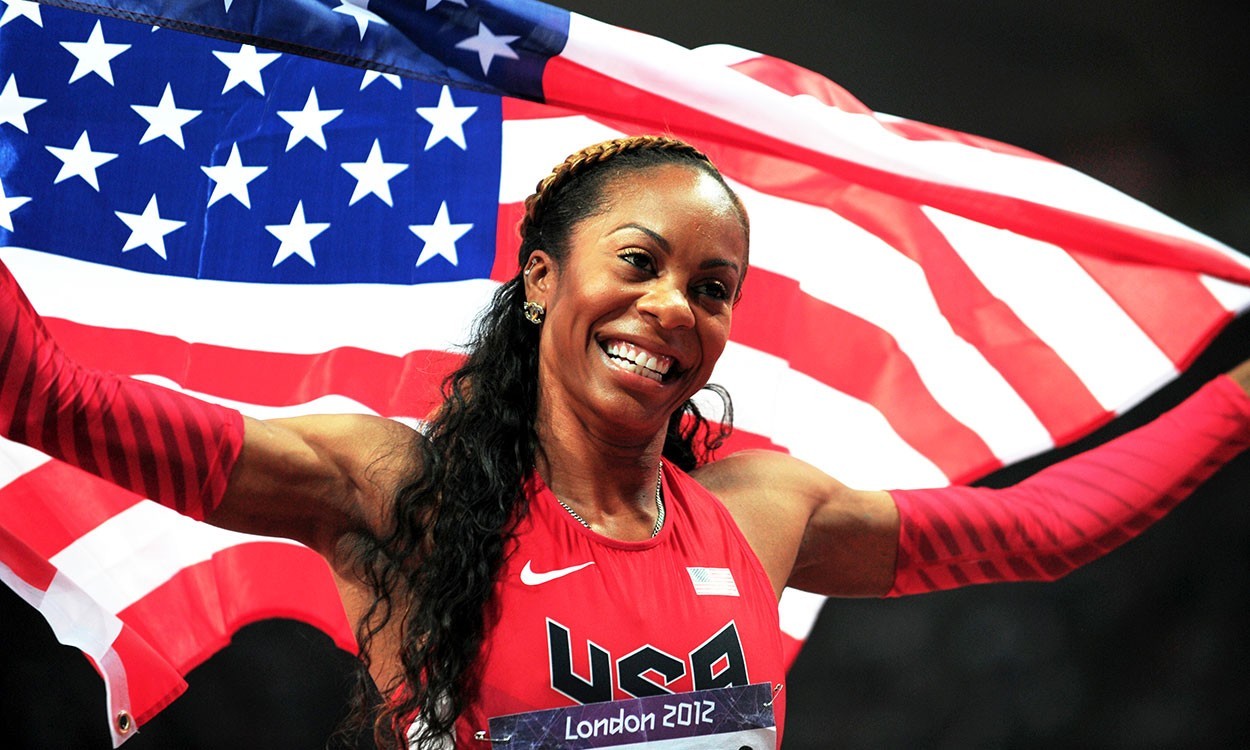 For many of us, the women’s 400m was one of the great races of the London Olympics in 2012 as Christine Ohuruogu almost caught the eventual winner, Sanya Richards-Ross, with a characteristic late run.

But that is not how Richards-Ross remembers the race at all. She said: “My memory is seeing DeeDee Trotter a little bit ahead of me and thinking, ‘Come on San, go, go, go to the finish line’.

“I kept pushing and was 99% sure that I crossed the finish line first. And I was pleased to see my name first on the scoreboard, but I honestly thought that DeeDee was second and was surprised to see Christine’s name as I had only remembered passing DeeDee. I knew that Christine always finishes well but I had no idea that she was coming so fast.”

The individual Olympic gold was a crowning glory in an illustrious career which had brought Richards-Ross three World Championships titles – two outdoor and an indoor – as well as nine 4x400m relay gold medals (three Olympic, four world and two IAAF World Relays). She also won a medley relay gold at the 2015 World Relays.

One of her remaining ambitions is to win a relay gold in Rio. “I don’t think anyone has won four successive relay golds so that’s what I’m going for in Rio as well as defending my individual title,” she said. “I have been very blessed to have had some great times and great team-mates to run relays with.”

She started running when she was seven years old in Kingston, Jamaica. “Track and field and soccer are the biggest sports, so most children do it on the island,” she said. “I remember going to a sports day and I ran rather fast and I went for the track team and I have been running ever since.”

Her family moved to Florida when she was 12. She recalls at the time being really disappointed to leave Jamaica but looking back she sees it as the best thing her parents did because of the great opportunities available in the United States.

Richards-Ross has a great respect for Ohuruogu. “Christine has been one of my greatest rivals and a phenomenal athlete,” she said. “She shows up at the big meets and is always a threat.

“I have enjoyed competing with her and hope we’ll be able to do it again in Rio. And if we could both medal, that would be three Olympics in a row that we were both in the medals. It’s been a great rivalry and I’ve enjoyed racing her.”

“Christine has been one of my greatest rivals and a phenomenal athlete. She shows up at the big meets and is always a threat.”

The 2015 season was a strange one for Richards-Ross. She started well when she won the Kingston Jamaica International Invitational and then finished second in the Diamond League races in Doha, Eugene and Lausanne but then failed to make the final in the US trials, so missing out on the chance to compete in the individual event in the 2015 World Championships.

“This year I think I over-trained,” she admitted. “At the beginning of the year, I said, ‘Coach, I want to run faster than 48.7 this year. I want a PR.’ I was doing 1000 sit-ups a day. I started running with the boys and pushed myself really hard and felt great in practice but flat in races. We couldn’t figure it out.”

She talked to fellow former world champions Kim Collins and Felix Sanchez, who told her that as your body gets older you need to train less and rest more. She realised that the work-ethic which had served her well at 20 worked less well at 30. She felt that she had reached what she calls the point of diminishing returns. Next year she will be giving more emphasis to holding back a bit in training in order to be fresh and ready to race.

Having passed 30, she is nearer the end than the beginning of her career, but she has unfulfilled ambitions and who would bet against her adding to her extensive medal collection in Rio?