A golden start for GB as Peacock, Kinghorn and Cockroft claim Euro titles 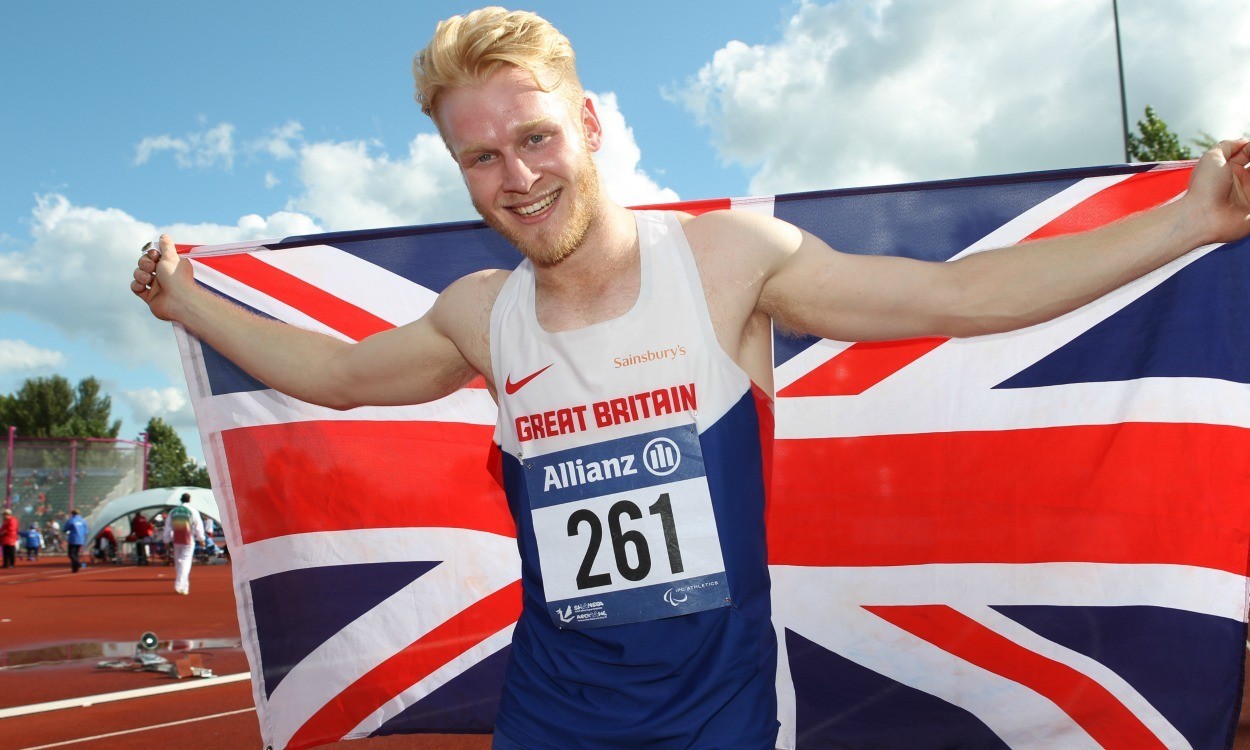 Peacock completed the major medal set, adding European T44 100m gold to his world and Paralympic titles. Before the event and the 21-year-old had been careful not to hang the medal around his own neck before the championships had even begun, knowing he could face a strong challenge from a field including the likes of rising star Felix Streng of Germany.

But running into a -2.8 wind, the Briton, who led the European rankings with 10.97 despite having struggled with injury early season, clocked 11.26 to finish comfortably ahead of his German rival who ran 11.53. Streng’s team-mate Markus Rehm ran 11.85 for third.

“It’s a nice relief,” said Peacock. “There was a lot of pressure on me coming here. When everyone is telling you you’re the favourite then it adds to the pressure. I knew it was a good field. Felix is a very good athlete and he’s going to get better.”

He added: “It was about executing and laying down the start. I knew if I could get a good start it would put the other guys under pressure. I’m happy.”

In the women’s event, Netherlands’ Marlou van Rhijn ran 13.18 to also add to her global golds over the sprints and retain her 100m title. Behind her, Britain’s Laura Sugar ran a 13.71 PB for bronze as Paralympic long jump silver medallist Stef Reid clocked 14.30 for fifth and Sophie Kamlish 14.35 for sixth.

Cockroft was another to enjoy an easy victory as she cruised to take the T34 100m title in 18.53 ahead of Amy Siemons of Netherlands with 19.99. Mel Nicholls joined her GB team-mate on the podium as she clocked 20.82 for bronze. Cockroft also goes for 800m gold later this week, the event being the first time she will have raced the distance in a major championship.

Earlier on and 18-year-old Kinghorn, making her senior debut in the GB & NI vest, claimed her nation’s first gold medal of the championships with victory in the women’s T53 400m. She followed that up by winning the 100m event too, clocking 18.74 to again beat Turkey’s Hamide Kurt who set a PB.

Ireland’s Jason Smyth grabbed 100m gold on his debut in the T12 class with a time of 10.78, while Russia’s Margarita Goncharova added the European F38 long jump title to her world and Paralympic victories.

Defending champion Stephen Miller added a silver in the F32 club throw to GB’s medal haul as he threw 30.68m behind Vladislav Frolov of Russia’s 34.10m PB. There were more medals of that same colour for GB as Kieran Tscherniawsky and Rob Smith came second in the F34 discus and T52 1500m respectively. Jordan Howe bagged bronze in the T35 100m, as did Rhys Jones and Bradley Wigley in their respective T37 and T38 100m races.