Mo Farah and Andy Vernon speak out after Twitter spat 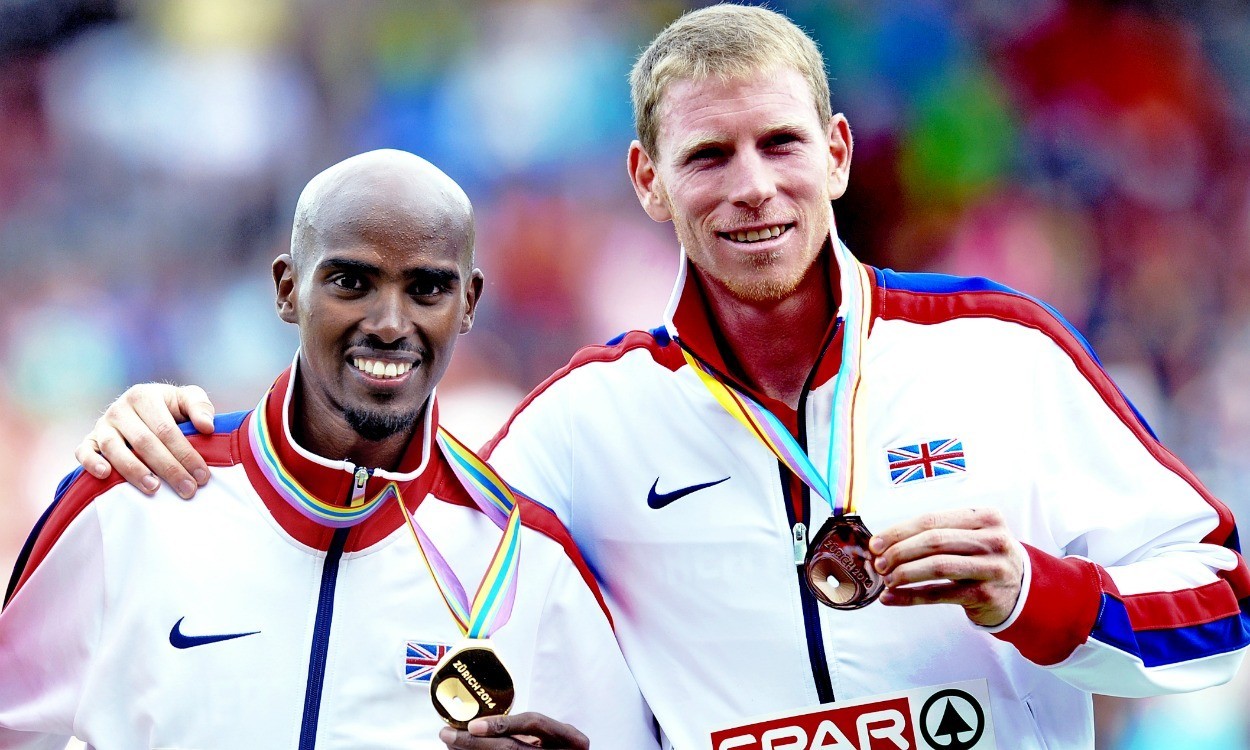 Mo Farah has spoken out after the Twitter spat he had with fellow British athlete Andy Vernon earlier this week in which he labelled his rival “an embarrassment”, saying he reacted in the way he did because of comments Vernon had made at last year’s European Championships in Zurich.

On Friday, double Olympic, world and European champion Farah told the British media: “We were sitting down together and there were a number of staff and athletes there too.” Continuing to recall the incident, which is said to have happened just after Farah and Vernon won European 10,000m gold and silver respectively last August, Farah said: “One comment he (Vernon) made, which I didn’t really like, was to say that he should have won the gold. I was like: ‘What, the gold should have been given to you?’ And I was like: ‘Because he was the only European guy?’ You can’t say something like that. I was just kind of biting my tongue at the time.”

Farah was then reportedly asked whether Vernon might have been referring to the fact that he had been born in Somalia.

“I don’t know what he meant,” said Farah. “But at that point it hurt me. But I moved on. That was private. But to come out publicly and say something like that was just like, you know, that’s why I reacted.”

With regards his reaction, Farah was referring to the way he responded to Vernon on Twitter earlier this week after Vernon made a comment on the social networking website about the 2 miles field Farah is set to face in Birmingham at the Sainsbury’s Indoor Grand Prix on Saturday.

The initial tweet from Vernon read: “Another stellar field against @Mo_Farah on home turf this weekend at Birmingham. #joke.”

That sparked a row between the two athletes, with Farah replying: “@AndyVernonGB Shame you didn’t make the line up….again #ComeBackWhenYouWinSomethingDecent,” and going on to refer to Vernon as “an embarrassment”, before Vernon ended with: “Don’t know how this got so blown up. It’s no secret that Mo gets weaker fields put together for home races.”

On Friday Farah said: “I do apologise for the way I reacted and I shouldn’t have reacted that way.”

In response, double European medallist Vernon was quoted as saying: “I said it on a table full of people and we were all having a joke at the time. We had just raced and the team was all in high spirits. The whole table was having a joke and a laugh and it was just a comment to carry on the jokes. He laughed at the time. If he did take it out of context it wasn’t meant that way and I apologise.”

He later told BBC Radio Solent Sport: “I’m really disappointed with what he has said to the media. It wasn’t what I said at all. It’s outrageous misrepresentation of the chat that we had at the Europeans. I’m not going to deny that I didn’t say anything at all, but what I did say was complete tongue-in-cheek, in a jokey environment – we were all having fun, in high spirits at the Europeans. I, in a jokey way, said: ‘Mo, I’m the European champion’. That was it. I don’t know where he’s got it from me saying he’s not British or he doesn’t deserve to have gold he should give it to me. That’s complete lies.

“He has kind of said that there’s history between us. I was unaware of the history. If that one remark that I did make in jest was so terrible all I can do is apologise, I did mean no offence by it.”

Following the Twitter spat between the two runners on Tuesday, AW‘s editor Jason Henderson wrote a blog on the topic of athlete rows – Andy Vernon and Mo Farah offer feud for thought.