Olympic and world medallists to compete at Indoor Grand Prix 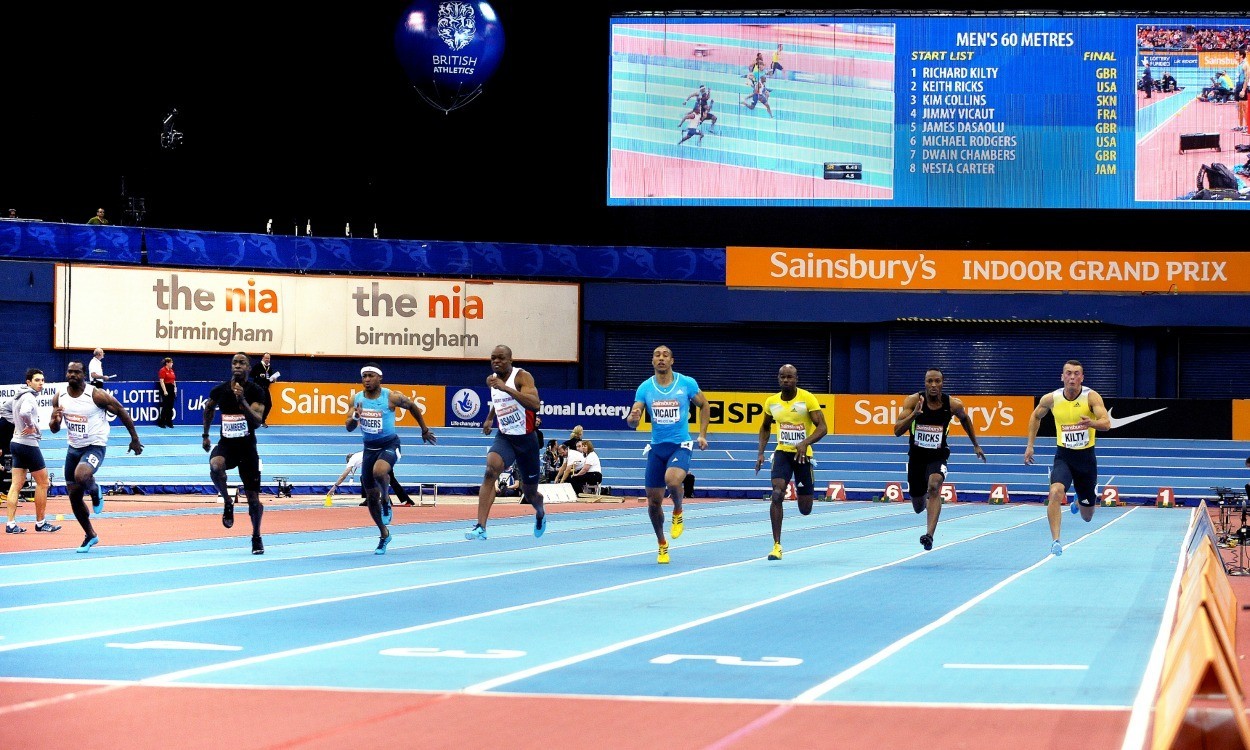 Entry lists for Birmingham are announced, while Mo Farah is involved in a Twitter spat after details of his 2 miles competition is released

A total of 14 Olympic and 32 world medallists are set to compete at the Sainsbury’s Indoor Grand Prix as top athletics action returns to Birmingham’s Barclaycard Arena on Saturday.

European 100m champion James Dasaolu and world indoor champion Richard Kilty have this week pulled out of the competition, though recently-crowned British champion Chijindu Ujah is due to be joined by world leader Kim Collins – fresh from his 6.47 lifetime best in Lodz on Tuesday – in the 60m, while Ivory Coast’s two-time world indoor silver medallist Murielle Ahoure is set to contest the women’s event along with USA’s Olympic relay gold medallist Carmelita Jeter and British champion Dina Asher-Smith.

Also among the big names in action is Mo Farah, who was involved in a Twitter spat on Tuesday evening after fellow British athlete Andy Vernon made a comment on the social networking website about the 2 miles field the double Olympic, world and European champion is set to face in Birmingham.

Farah’s rivals on Saturday are due to include USA’s 40-year-old two-time world indoor 3000m champion Bernard Lagat and Ethiopia’s world junior 5000m champion Yomif Kejelcha. After the publication of the potential 2 miles field, Vernon – who won two European medals over 5000m and 10,000m behind Farah in Zurich last summer, tweeted: “Another stellar field against @Mo_Farah on home turf this weekend at Birmingham. #joke.”

A response from Farah’s Twitter account read: “@AndyVernonGB Shame you didn’t make the line up….again #ComeBackWhenYouWinSomethingDecent,” with both sides continuing to post replies, including Farah describing Vernon as “an embarrassment”, before Vernon ended with: “Don’t know how this got so blown up. It’s no secret that Mo gets weaker fields put together for home races.”

Jodie Williams and William Sharman have withdrawn from the 60m and 60m hurdles respectively with what British Athletics describes as “minor” injuries, while Asha Philip will also not be competing and is said to be focussing on an extended training block ahead of the outdoor season.

An event schedule with entries information can be found here.