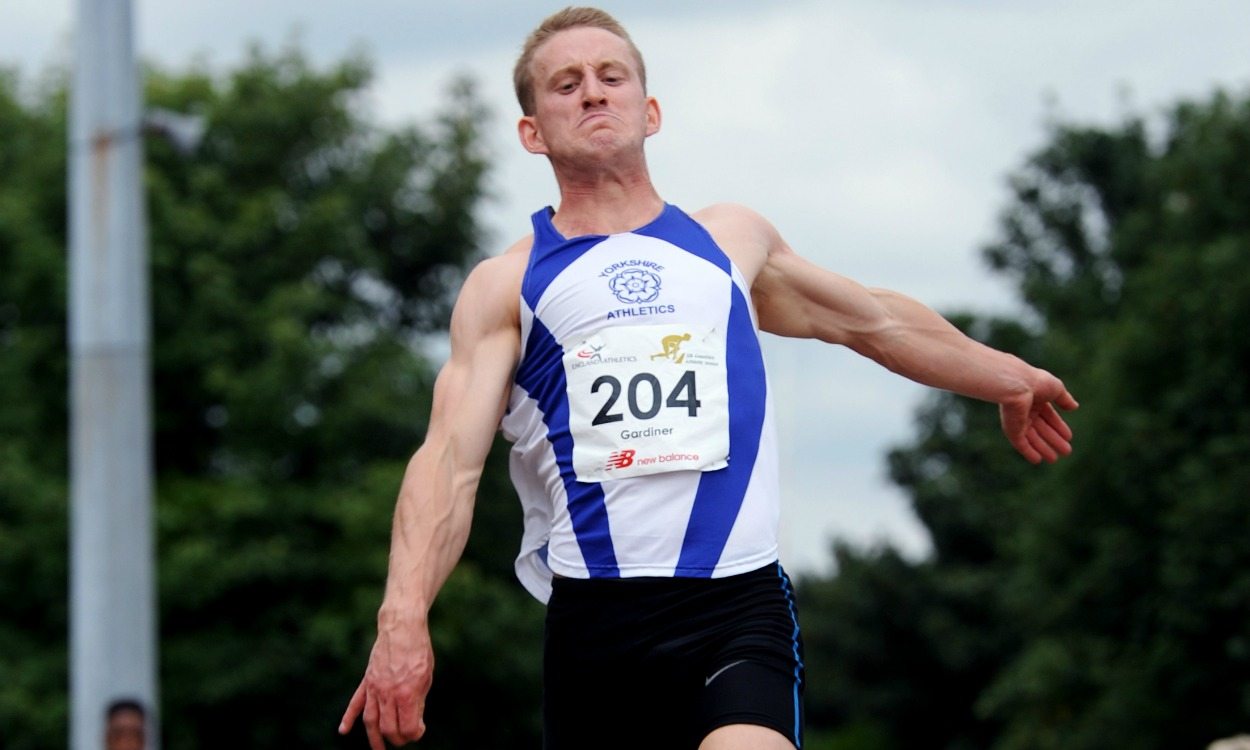 Daniel Gardiner came agonisingly close to becoming the latest Briton to join the eight-metre club as he sealed long jump gold at the England Athletics Championships with a lifetime best of 7.96m at the Bedford International Stadium.

After a modest start to the competition, Gardiner produced a 7.81m jump to overtake Paul Ogun and secure himself the gold before consolidating his victory in the final round with a personal best, bettering his 7.86m leap from Loughborough back in May by 10 centimetres.

Gardiner’s jump moves him up to third in the country this year, behind Olympic champion Greg Rutherford and Dan Bramble, and up into the top 20 Britons of all-time for the event.

One week after making his Diamond League debut at the Anniversary Games, Gardiner, who was a decathlete up until narrowing his focus on the long jump in 2016, said: “I came here today and felt really good. I’ve always liked jumping here. It’s a Mondo track, you get good winds, nice and warm.

“I opened up with a pretty recreational 7.40-odd effort and Paul responded with a PB of 7.79m. I’m a competitor so I love that little adrenaline surge you get from that. I managed to do a 7.81m, took the lead and in the last round I got the crowd behind me and did a big PB. I’m really happy with that.”

An unbalanced schedule meant that the men’s 200m runners were forced to run three times in one day, but it was no problem for Italy’s European semi-finalist Antonio Infantino who went on to defend his England Athletics title in a time of 20.64 – after 20.66 and 20.81 in his previous two races – ahead of European junior medallist Elliott Powell and Patrick Kari Kari.

European and Commonwealth 800m finalist from 2014, Jess Judd, was delighted to come away with the 1500m title to add to her British Universities crown over the same distance at the start of the season, winning in a time of 4:16.49 from Jacqueline Fairchild and Gemma Holloway in silver and bronze medal positions.

Both 5000m finals threw up drama in different proportions. In the women’s race Louise Small looked to have opened an unassailable lead entering the home straight, only to be pipped to gold by Claire Duck on the line after tiring badly, while in the men’s race Richard Weir gradually ate away at Mohamud Aadan’s 70-metre lead over the second half of the race, overtaking him with 500 metres to go and running away to defend his England title.

Kimbely Baptiste clung to a lead established after running a strong bend in the 200m, holding off Beth Dobbin to win gold in 23.66 while former GB junior Joey Duck took bronze.

Scott Lincoln and Jo Blair in the men’s shot put and women’s javelin dominated their respective competitions – the former producing a best effort of 18.97m, the latter 52.65m – to add to their British titles from Birmingham in June.

» See the August 4 edition of AW magazine for further coverage