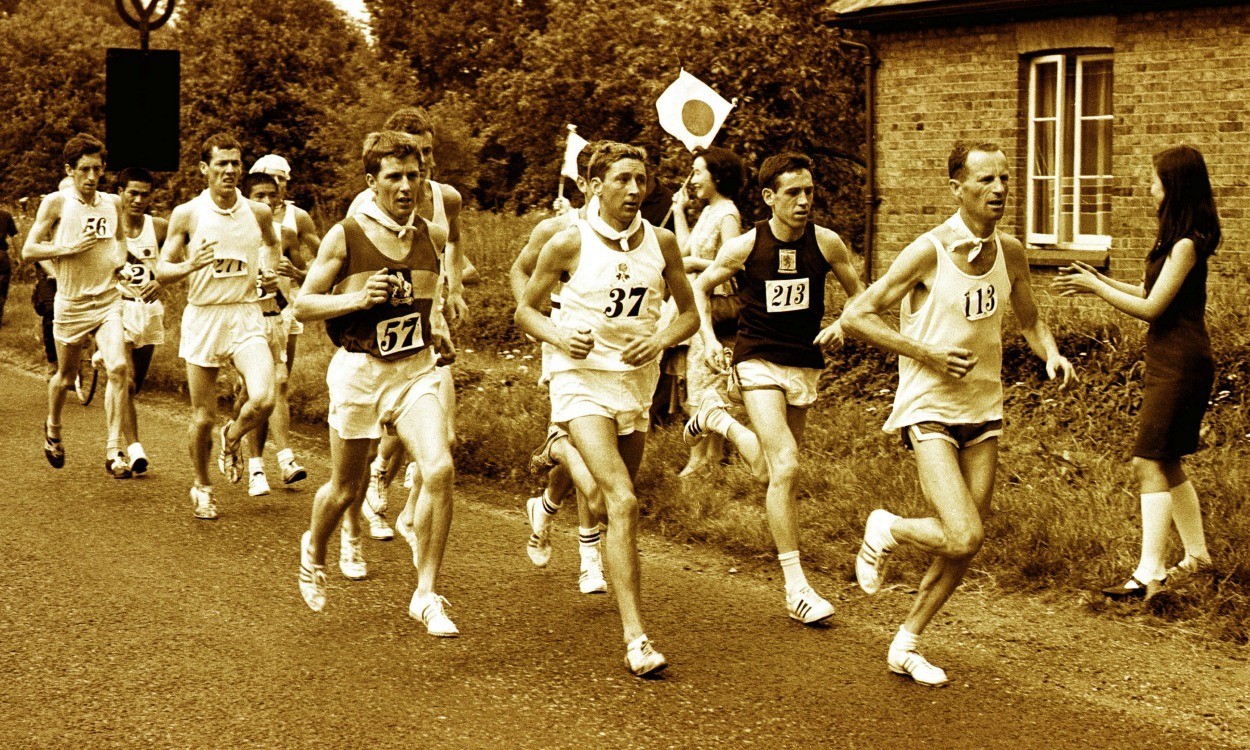 Jim Alder had no idea of the landmark he was about to pass in October. “Fifty years!” exclaimed the Morpeth Harrier who won Commonwealth Games gold as a marathon man. “Crikey! I hadn’t realised at all.”

Left at home as a non-travelling reserve for the marathon at the Tokyo Olympics, he vented his frustration in a two-hour track race at Walton on Thames.

“I’ll tell you what,” Alder said, after the half-century mark duly arrived last October. “If I was a top-distance runner today, it would gall me that a 74-year-old man living in Northumberland holds that world record.”

Alder’s enduring mark is officially termed a “world best” these days, but it is still listed in the world record section of the International Athletics Annual, a page or two on from Usain Bolt’s 9.58 100m time, which has stood for a piffling five years.

Long-distance track races such as 10 miles, the hour and two hours, have long since fallen out of vogue, which is one reason why Alder’s achievement has stood such a prolonged test of time. Still, the ten mile and one-hour track records all happen to be held by Haile Gebrselassie, the Ethiopian who is acknowledged to be the greatest distance runner of all time.

“I’ll tell you what, if I was a top-distance runner today, it would gall me that a 74-year-old man living in Northumberland holds that world record”

To lend some historical context to Alder’s feat, the Saturday when he chased the clock at Waltonon-Thames – on an ash track and wearing a pair of modest Dunlop Red flash trainers – was the day after Harold Wilson beat Alec Douglas-Home in the 1964 General Election, restoring Labour to power after 13 years of Tory rule. The Beatles were packing the nation’s cinemas with A Hard Day’s Night and Roy Orbison was No.1 in the charts with Oh, Pretty Woman.

Alder was 24 at the time and a bricklayer. He’s a 74-year-old grandfather now and still works as a bricklayer and plasterer. “I’m doing an extension for someone at the moment,” he said.

The 74-year-old brickie cum-world record-holder lives with Kathleen, his wife of 48 years, in the former mining village of Ellington, six miles from Morpeth, the Northumberland town where he settled with a foster family as a tubercular nine-year-old orphan from the Glasgow slums.

He was born in Govan in 1940 as James Deane. His father was blown up by a landmine in Berlin on the penultimate day of hostilities in World War II and his mother died soon after from tuberculosis.

Parentless at the age of five, he spent the next four years in orphanages before being adopted by the Alder family in Morpeth. The effect of his tough upbringing was evident as he forged his reputation as a gutsy distance runner, notching five victories in the classic New Year’s Day Morpeth to Newcastle Road Race.

Alder became one of Britain’s distance-running greats in the 1960s – a hard-school marathon man who could have been drawn from the same pen as Alf Tupper, the comic-book hero known as “The Tough of the Track” who has recently returned to the pages of AW. Tupper would put in a full day’s shift as a welder in the northern town of Greystones before hitching a lift to London and beating a southern toff in a big race at the White City, shouting “I’ve run ‘em” as he sprinted to victory. Alder worked as a bricklayer and would cry out “Geronimo” whenever he crossed the finish line to win a race.

During his world record two-hour run, he briefly slowed his stride to shout words of admonishment at two builders who stopped working on an extension to the club house to watch him run. “I was fuming,” he recalled. “Being a brickie myself, I knew they would be getting paid time and a half for working on a Saturday – and there they were, getting paid to sit and watch me running for nothing.”

Alder was at his indomitable best in the 1966 Commonwealth Games marathon in Kingston, Jamaica. He arrived at the stadium in the lead, but there were no stewards to guide him into the arena and he eventually made it on to the track to find England’s Bill Adcocks some 50 yards ahead of him with 300 yards to go. A lesser soul would have buckled but Alder put his head down and regained the lead, shouting “Geronimo” as he broke the tape first.

“I’m not saying I would have won a medal in Tokyo. I could never say that. But I’ll tell you what: I would have been in with a shout if I’d been there”

“I got that from watching an American comedy programme when I was about 20-odd,” he said of his trademark victory cry. “This character jumped out of a plane and shouted ‘Geronimo’ as he plummeted down. He was shit-scared of the parachute jump.

‘Geronimo Jim’ won two other Commonwealth Games medals: 10,000m bronze in 1966 and marathon silver in Edinburgh in 1970. He also won a marathon bronze at the 1969 European Championships in Athens and broke the 30km world record for a second time in 1970.

“That was the day I realised I was world-class,” Alder reflected. “I cried in the showers afterwards because the Olympics were going on at the same time in Tokyo and there was me, running inside world-record pace for the marathon back home on an ash track.

“I’m not saying I would have won a medal in Tokyo. I could never say that. But I’ll tell you what: I would have been in with a shout if I’d been there.

“I made the team for Mexico in 1968 but I was beaten by the altitude.”

Alder was up with the leaders in the early stages of the 1968 Olympic marathon but collapsed with exhaustion long before the finish. The thin air at those Mexico City Games helped Bob Beamon soar to his outlandish 8.90m long jump. It was a quantum leap hailed as the greatest world record of all time, but it was beaten 23 years later.

Alder’s two-hour tour de force has stood for twice as long now – half a century and still counting.

» The oldest surviving world record in an Olympic-standard event is the women’s 800m time of 1:53.28, set by the Czechoslovakian Jarmila Kratochvilova in Munich in 1983.