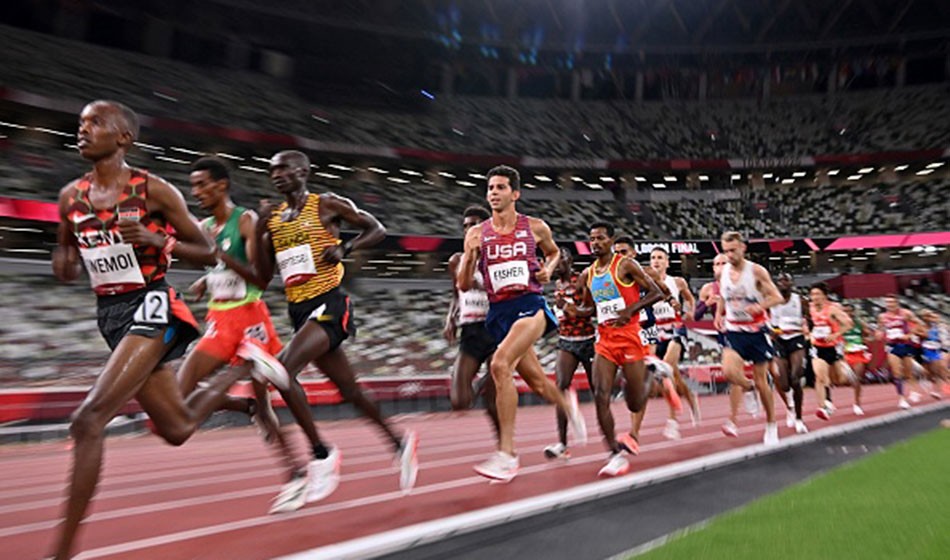 Details of the weekend’s action including some quick British road races, a top American 10,000m and the BMAF Indoor Championships

The Ten, San Juan Capistrano, California, USA, March 6
The event was postponed a day because of strong winds – and the result was some storming runs.

Olympic 10,000m fifth-placer Grant Fisher smashed Galen Rupp’s American record by over 10 seconds as he became the seventh-fastest man in history with 26:33.84.

He only just won the race, having to overhaul Mo Ahmed, who took 25 seconds off his Canadian record with 26:34.14.

Eight men broke the World Championships standard of 27:28.0, including Jack Rayner who set an Australian record of 27:15.35.

Britain’s Patrick Dever also achieved the standard and his 27:23.88 in sixth place moved him to fifth all-time in the UK (passing Atkin) behind Mo Farah, Marc Scott, Jon Brown and Eamonn Martin. Dever’s previous best was the 27:41.87 he ran in winning the NCAA title last summer.

Andy Butchart only finished 11th in his first 10,000m for seven years but his two-minute PB clocking of 27:36.77 moved him up to 13th all-time in the UK and, more importantly, erased Ian Stewart’s Scottish record of 27:43.03 set at Crystal Palace 45 years ago. Butchart had been just behind Dever with three laps to go but struggled with a 3:23 final 1200m.

The record books were re-written after an incredible The Ten, in California last night ⚡️

Trafford 10km, March 6
Three British women broke 31:30 in the same race for the time ever during the best domestic women’s 10km in history. 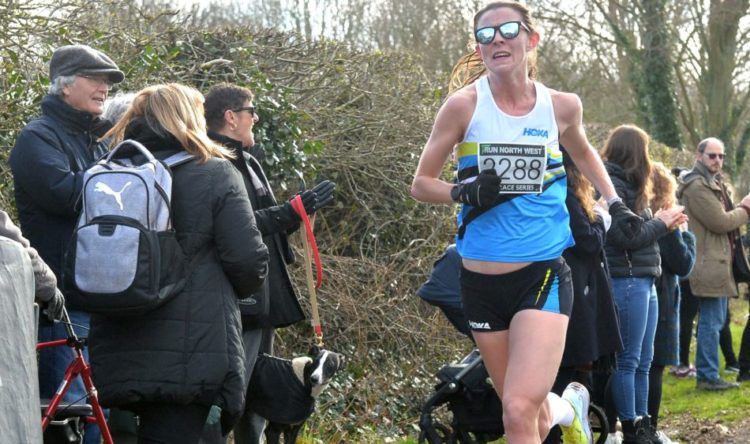 Even more of an improvement on the all-time lists was made by runner-up Samantha Harrison as she moved up from equal 19th (32:07), taking almost a minute off that PB with a time of 31:11 (31:12 gun time) to go fifth all-time.

In third, Charlotte Arter improved her Welsh record to 31:26 (31:28 gun) but she still dropped a place overall on the all-time lists due to the performances of Judd and Harrison.

The men’s race didn’t quite match the fireworks of the women’s but was still mightily impressive as four men broke 28:40 and 21 were under 30 minutes. Birchfield’s Kadar Omar won in a PB 28:27 from Jonny Mellor’s 28:33.

Olympic marathoner Ben Connor was third in 28:37 just ahead of Lucian Allison’s 28:38.

Recent addition to the M40 ranks – John Gilbert – the former English National medallist and South of England champion ran a PB 29:56 to go into the UK all-time top ten in the age group.

Mondo Duplantis set a world record in the pole vault at Belgrade with a 6.19m leap. To read about it click here 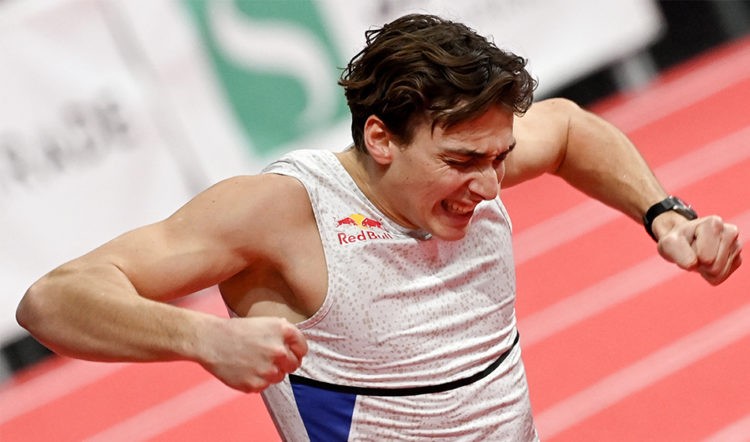 In the other action which unfolded at the venue which will host the World Indoor Championships later this month, Elliot Giles continued his brilliant season with a 1500m win in 3:37.49.

Olympic 100m champion Lamont Marcell Jacobs won his heat in 6.56 but was disqualified in the final won by Jan Volko in a modest 6.69.

Ivana Vuleta won the women’s competition thanks to a top class 6.88m, with Jazmin Sawyers fifth with a 6.45m leap. 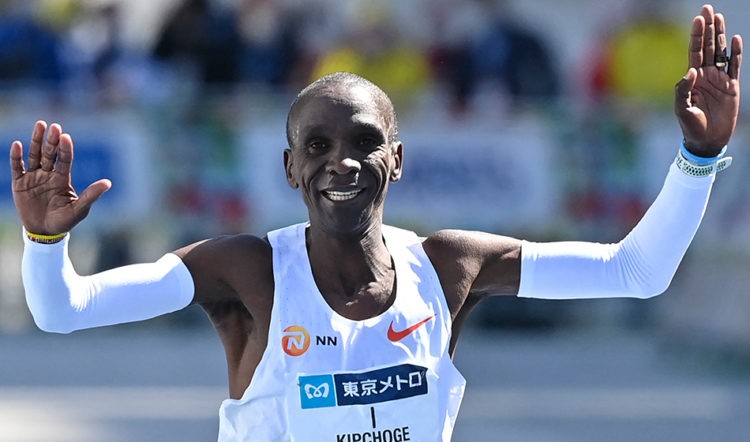 Goerberha, South Africa, March 6
The 50km has only recently become a recognised world record distance and South Africa’s three-time Olympian Stephen Mokoka clocked a world record of 2:40:13 on his debut over the distance – at the Nedbank Runified 50km.

He took nearly two minutes off the previous mark of 2:42:07, set by Ethiopia’s Ketema Negasa in last year’s event.

Over one minute back was Eritrea’s Habtom Samuel (27:51), while Uganda’s Abel Sikowo (27:58) completed the top three.

Rome Ostia Half Marathon, Italy, March 6
Kenya’s Sabastian Sawe advanced to sixth on the world all-time list with a 58:02 victory as he won by nearly half a kilometre from Ethiopia’s Gemechu Dida (59:21) and Kenya’s Leonard Langat (59:22), though the route is not eligible for record purposes. The first six all broke the one hour-barrier. 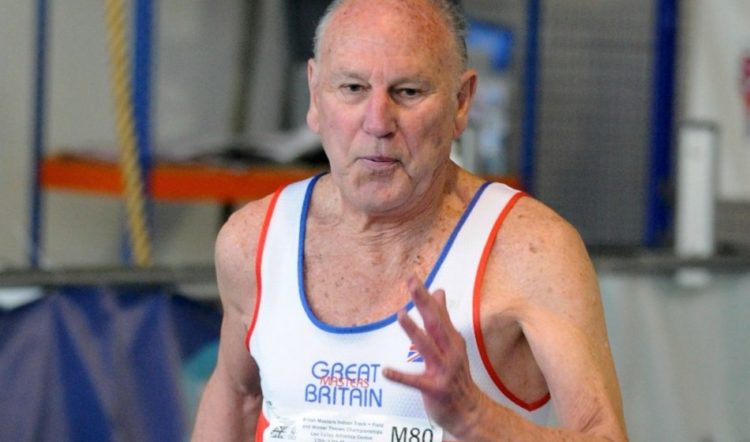 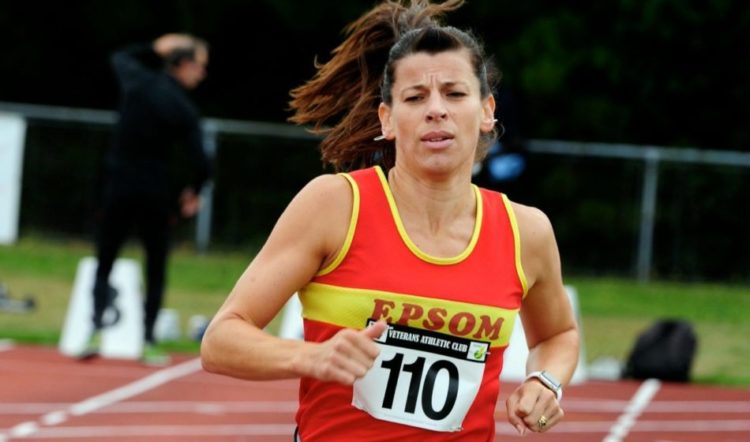 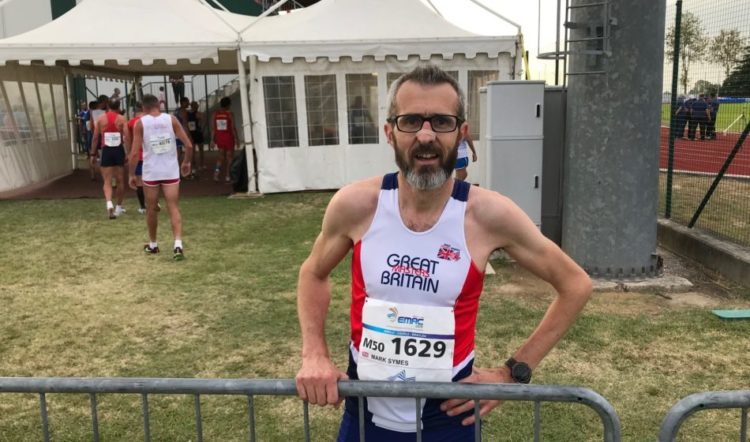 There was also a Winter Throws Championships and W40 Lucy Marshall won the hammer competition with a 55.58m throw to add five metres to her UK record.

In the men’s 20km. Toshikazu Yamanishi (1:22:52) headed compatriot Koki Ikeda (1:23:29) while Kenya’s Samuel Gathimba was third with 1:23:52. Ecuador, led by Brian Pintado in fifth, defeated Japan by a point in the team stakes with China third.

Spain and China took the other medals.

Dominic King was disqualified as on a disappointing day for Britain, with Tom Bosworth having to drop out of the 20km while Cameron Corbishley was 40th in 93:20.

China and Germany took the other 35km medals.

To read about day one of the World Race Walking Team Championships, click here 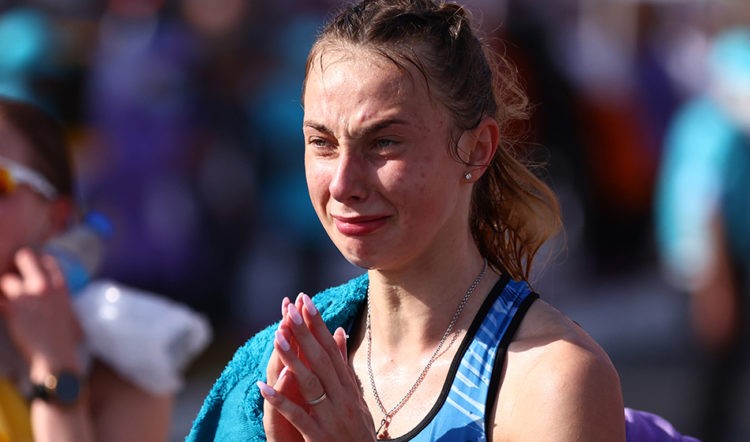 World Indoor Tour Final, Madrid, Spain, March 2
Olympic champion and world record-holder Yulimar Rojas achieved the second-longest triple jump ever with a 15.41m leap to add a huge 79cm to the previous world lead as she missed the world record by just two centimetres. She also had some long fouls, which suggests the world record could go at the World Indoor Championships in Belgrade.

With all World Tour winners getting a $10,000 prize and a wild card entry for the World Indoors, Elliot Giles continued his good form and a strong finish saw him win in 1:45.43 from world leader Mariano Garcia’s 1:45.82 and Spanish champion Alvaro de Arriba 1:45.97.

His time missed his UK lead of 1:45.42 set in both Toruń and Birmingham by one hundredth of a second and the reward for his consistency was another place on the British World Indoors team in the 800m, which is being taken up by Charles DaVall Grice, who will joining Giles and Guy Learmonth.

Another meeting record setter was Britain’s Lorraine Ugen, who won the long jump with a 6.67m.

Gudaf Tsegay made a bold world record attempt in the women’s 1500m but paid for her searingly fast opening laps. There was still, however, a meeting record 3:57.38 which is the fifth-fastest ever and gives her three of the fastest five times in history.

This is how @TeamRojas45 opened up her 2022 season with the third longest indoor triple jump in history – 15.35m.

Konrad Bukowiecki was another to break a meeting record, with a 21.9m throw in the shot put ahead of his Toruń conquerer Filip Mihaljevic’s 21.83m.

Americans Elijah Hall and Mike Rodgers dominated the men’s 60m final with 6.57 and 6.60.

Spain matched them in the 60m hurdles, with Asier Martinez and Enrique Llopis sharing 7.56, with Briton David King third in a PB of 7.57.

Ewa Swoboda improved her world 60m lead with a Polish record 6.99 to become the tenth athlete to break seven seconds. Pia Skrzyszowska improved to 7.12 in second.

Piotr Lisek cleared 5.61m in the pole vault ahead of Pawel Wojciechowski’s 5.41m

There were only seven thousandths of a second between the top two in the men’s 60 metres as Dominik Kopec (6.651) edged Przemyslaw Slowikowski (6.658).Perche Elite Tour meet, Rouen, March 5

Olympic silver medalist Chris Nilsen equalled what had been the pole vault world lead of Mondo Duplantis as he improved the US indoor record to 6.05m.

European indoor silver medallist Tina Sutej went over 4.71m at the first attempt and then cleared a Slovenian record of 4.80m at the third attempt.

Paris, France, March 6
Chris Nilsen followed up his US pole vault record 6.05m in Rouen with a 5.88m victory ahead of Kurtis Marschall and Valentin Lavillenie who both cleared 5.76m.

Wilhelm Belocian was first in the 60m hurdles in 7.53

Portia Bing improved her 400m hurdles record to 55.44 with her fifth consecutive title.

Though Valerie Adams announced her retirement, New Zealand still has a world class shot putter as Maddison-Lee Wesche improved her PB to 19.10m.

Turkey topped the 27th Championships, with seven golds and 18 medals.

Kayhan Ozer won the men’s 60m in an under-23 record of 6.64 while there was a Turkish record in the women’s triple jump by Tugba Danismaz with a 14.14m leap.

Getachew only won by a second from Shiferaw Andualam.

Caceras Cross-Country, Spain, March 6
Multi European champion of track and country Yasemin Can from Turkey won the senior women’s 8km a second ahead of Kenya’s Eva Cherono, with a winning time of 27:24.

Valmeira, Latvia, March 5
In a Baltic under-20 match Just turned 17-year-old Karme Bruus cleared an Estonian indoor high jump record for under-18, under-20 and under-23’s with a 1.92m leap.

Chelmsford Half-Marathon, March 6
There were wins for Crispian Bloomfield (71:08) and Stephanie Migliorini (85:15).

City of Newport Half-Marathon, March 6
Abed Teweldebrhan was first man in a time of 67:43 while Elizabeth Dimond was the women’s winnr in 81:06. 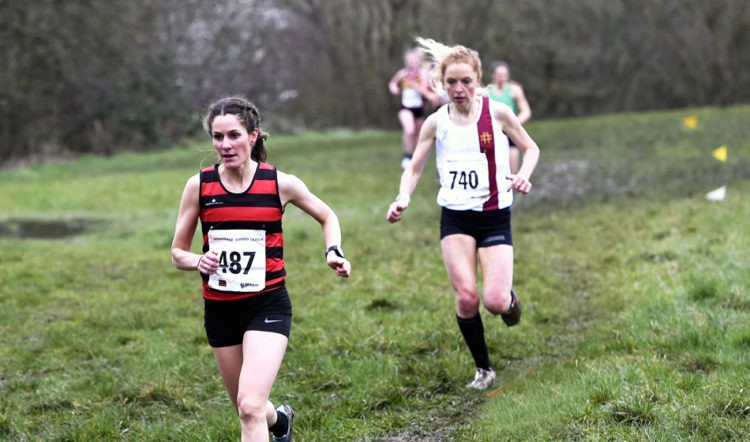 Triathlete Paula Rutherfoord led the way in the separate division two race but was a non scorer so Hannah Morris was first woman. Masters record-breaker Clare Elms came third to win the overall title, leading Dulwich to victory on the day and over the season. 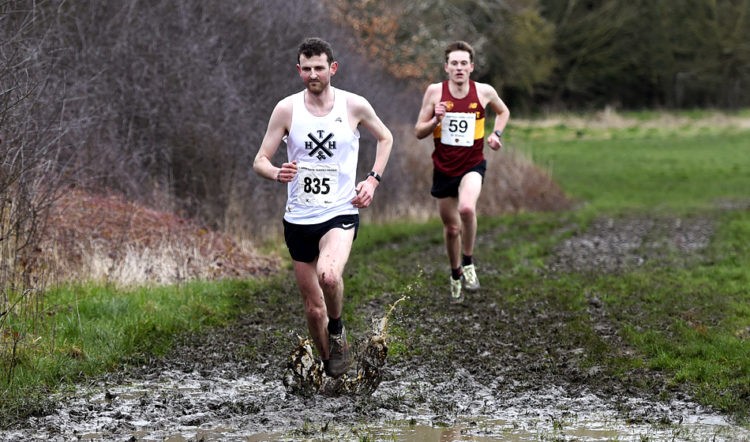 Belgrave won the team race on the day but Hercules Wimbledon won overall. For results and more photographs click here 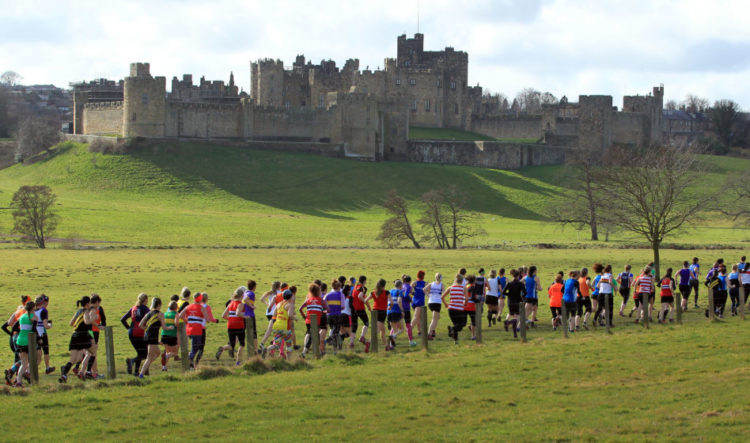 In front of the scenic Alnwick Castle, slow-pack runners Phil Winkler (39:38) and Kirsty Lowery (32:19) were first across the line, though it was fast-pack runners Jarlath McKenna (36:16) Catriona McDonald (28:10) who were fastest as Morpeth’s men and Jesmond Joggers women won the team events. For results and more photographs click here 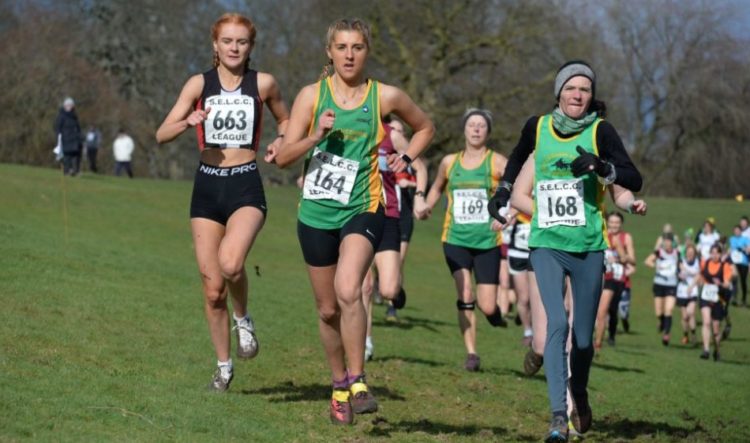 Oxfordshire Cross-Country League, Henley Showground, March 6
Under-20 Rowan Miell-Ingram won the men’s race in 25:42 ahead of first senior Simon Byrne (25:42) as Swindon won the team honours on the day.

Becky Hodgson was first woman in 31:59 as she led White Horse to team victory.

Liverpool and District Cross-Country Championships, Clarkes Garden, March 6
Matthew Leahy (30:42) won the men’s title by over a minute while W45 Maria Cook (37:34) was first woman by over three minutes.