Stunning wins for Keely Hodgkinson and Max Burgin in Ostrava 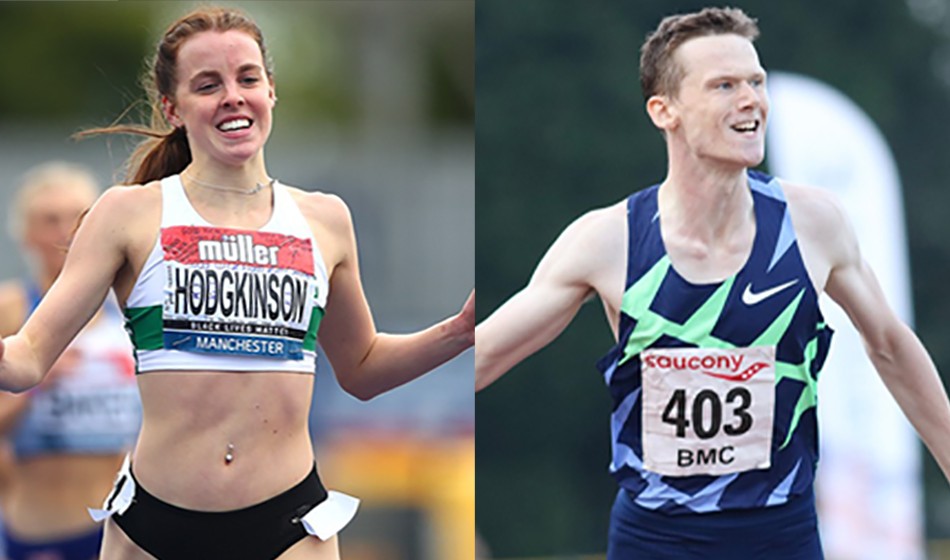 Teenage talents Keely Hodgkinson and Max Burgin laid down a brilliant early season marker as they enjoyed emphatic victories with record-breaking results in their first 800m races of the summer.

Both are from northern England and are good friends, often meeting up for training sessions. They have both clearly wintered well, too, as they produced commanding victories in the Czech Republic on Wednesday (May 19).

Hodgkinson only turned 19 in March and Burgin celebrates his 19th birthday on Thursday (May 20), but they unleashed performances that belied their years as they destroyed top-class fields.

First Hodgkinson smashed Charlotte Moore’s long-standing UK under-20 outdoor record by almost a second with 1:58.89. Then, minutes later, Burgin ran a European under-20 record with 1:44.14 as he beat Yuriy Borzakovskiy’s 21-year-old mark of 1:44.33.

Hodgkinson runs for Leigh and Burgin competes for Halifax Harriers and they have come up through the age groups together, often being part of the same junior teams. In 2018 they both won European under-18 gold medals in Hungary and since then have gone from strength to strength.

Burgin missed the 2019 European Under-20 Championships with injury – although such is the strength of the event in Britain that Oliver Dustin led a GB sweep of the medals – and in 2020 he began his season with 1:44.75 in Manchester before going off the boil slightly late season.

He has clearly moved on to a new level in 2021, though, as clocked not only an area junior record but a world lead as he finished more than a second ahead of a field that included European indoor champion Tony van Diepen of Netherlands and Britain’s Jake Wightman in third.

This is how Max Burgin ran a WL and broke the European U20 record in the men's 800m 📹pic.twitter.com/mtzGpqqIZL https://t.co/derQcSQ6hZ

This was also the first Continental Tour Gold meeting of the summer and it was the 60th anniversary of the Golden Spike. The event drew fabulous fields to mark the occasion although the much-anticipated world record attempt by Joshua Cheptegei in the 3000m did not come off when the Ugandan slowed in the latter stages to clock 7:33.24 to miss Daniel Komen’s long-standing mark by 13 seconds.

Earlier in the programme another Ugandan, Jacob Kiplimo, ran the seventh fastest 10,000m in history with 26:33.93. There will now be great anticipation ahead of his clash with Cheptegei over 5000m at the Diamond League in Florence on June 10.

In the javelin, Johannes Vetter of Germany unleashed a world lead of 94.20m in the first round. Mondo Duplantis cleared 5.90m in the pole vault to get the better of friend and rival Sam Kendricks, who cleared 5.85m.

Hodgkinson and Burgin were not the only two Brits to impress. Jessie Knight won the 400m hurdles in a PB of 54.74 as she won in style.

The women’s 1500m saw Genzebe Dibaba drop out after being overtaken in the closing stages as fellow Ethiopian Freweyni Hailu went on to win in 4:04.20. Another world record-holder, Anita Wlodarczyk, also did not have a great day as she finished third in a hammer contest won by Malwina Kopron with 74.74m.