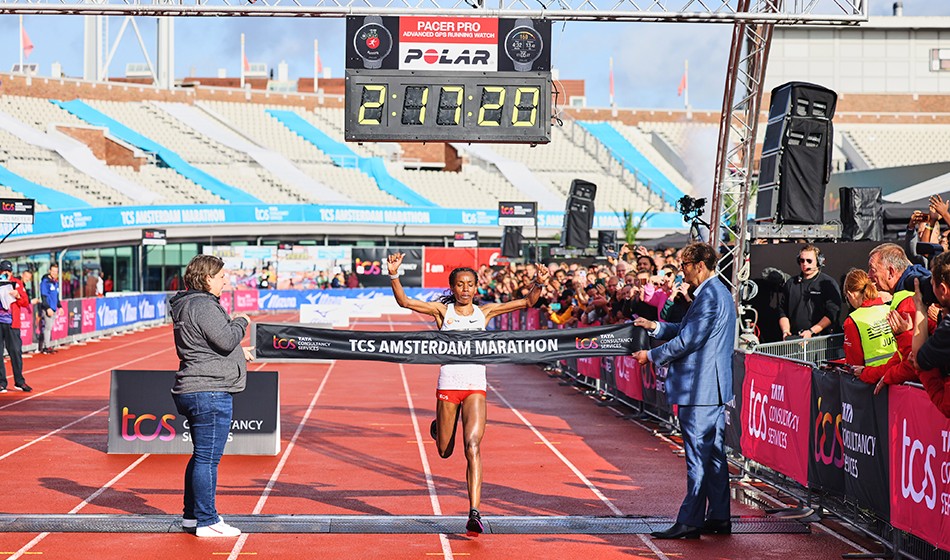 The much-anticipated marathon debuts of Almaz Ayana and Genzebe Dibaba did not disappoint as the Ethiopian duo smashed the 2:20 barrier at the TCS Amsterdam Marathon on Sunday (Oct 16).

Ayana won the Olympic 10,000m in a world record in Rio in 2016 but has struggled to find the same form since. But this weekend in the Dutch city she broke away from Dibaba in the final 5km to run 2:17:20.

It was a course record and the fastest marathon debut in history by a female athlete.

Before this weekend Yalemzerf Yehualaw held the record for the fastest debut marathon with 2:17:23 from Hamburg in April.

Dibaba, who holds the world record for 1500m and has set world indoor records at a number of distances, also impressed on her debut as she ran 2:18:05 in second place.

Ayana went through halfway in 69:26 with Dibaba and Tsehay Gemechu but broke clear at the 38km mark as the runners passed the city’s Vondelpark. Once the break was made, Gemechu held on to third with 2:18:59.

The course record in Amsterdam was held by Angela Tanui of Kenya with 2:17:57 and a delighted Ayana said: “I have no words for this. This is very special and I am very happy.

“It was very tough after my Olympic title in 2016 with injuries and pain. I am grateful for my husband, son and management for all the support.” 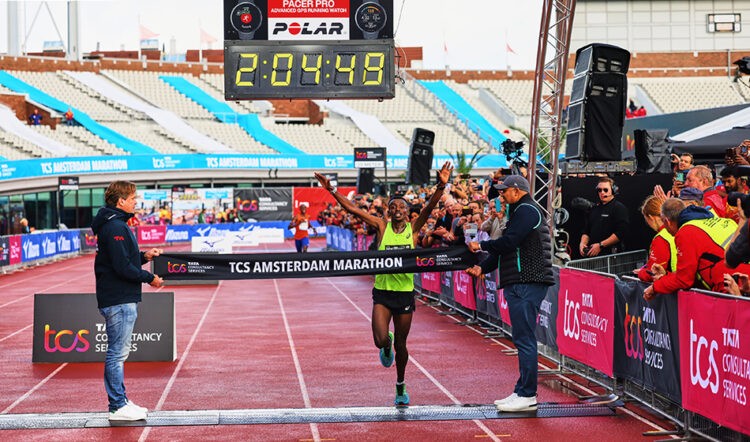 There was further success for Ethiopia in the men’s race as Tsegaye Getachew won in 2.:04:49.

Getachew had passed halfway in 61:53 with Tamirat Tola’s course record of 2:03:39 the target. But Getachew waited until roughly 1km to go before making his break.

The race for Dutch titles was also intense. The men’s crown went to Khalid Choukoud as he clocked a PB of 2:09:34, whereas the women’s title went to Leonie Balter in 2:37:41.