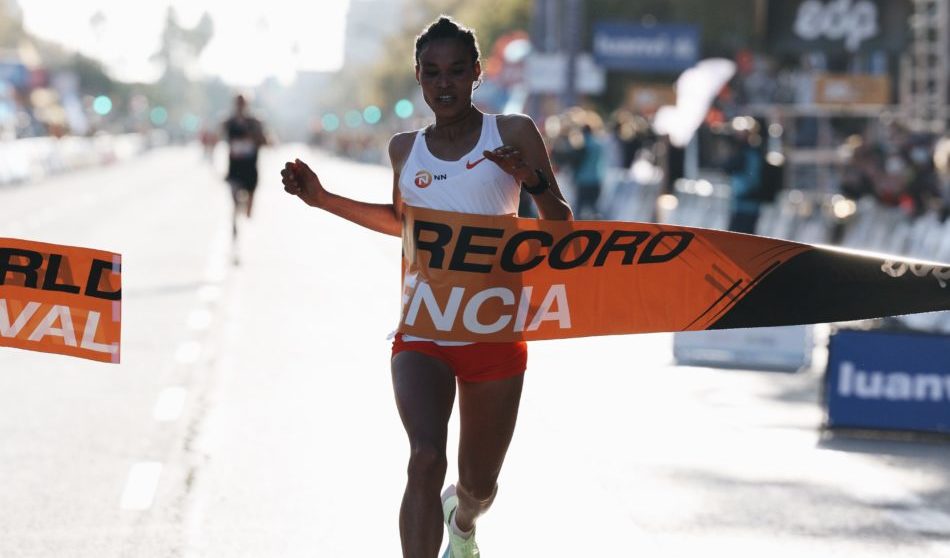 Ethiopian stuns athletics world as she becomes fastest woman in history over 13.1 miles, adding to her world records at 5000m and 10,000m

When Letesenbet Gidey was asked by AW at her pre-race press conference what she felt was possible over the half-marathon distance, her answer of 62:30 maybe wasn’t taken too seriously at the time.

It turned out to be quite prophetic, though, as the 23-year-old from Ethiopia stormed to a world record of 62:52 at the Valencia Half Marathon Trinidad Alfonso on Sunday (Oct 24).

It took well over a minute off Ruth Chepnegetich’s world record of 64:02 and also, for good measure, easily beat the unratified 63:44 that Yalemzerf Yehualaw ran on a short course in Northern Ireland in August.

Yehualaw was in the field in Valencia, too. She tried to stay with Gidey in the early stages but lost contact in the second half as Gidey maintained her ferocious pace, albeit helped by male pacemakers.

Gidey said: “I’m so happy to break the world record in my first half marathon and my first race for the NN Running Team! Gracias, Valencia.”

She was making her half-marathon debut in Valencia this weekend but had shown her potential on the roads in 2019 with a 44:20 world best for the 15km in Nijmegen.

Letesenbet Gidey smashes the women’s world record for the half-marathon in Valencia by well over a minute with a stunning 62:50 (TBC). pic.twitter.com/esWLIfAMBI

In Valencia on Sunday Gidey passed 10km in a scintillating 29:45 and showed no sign of slowing down as she went through 15km in 44:29. This meant she was cruising at well inside 15min pace for 5km with each kilometre inside three minutes.

Coming into the long home straight she maintained her momentum as she blasted through the finish line in 62:52.

Given such improvements, will we one day see a woman break the one-hour mark for the distance? What will Gidey one day run for the marathon too?

Behind her on Sunday, Yehualaw was runner-up in 63:51 as she also finished inside Chepnegetich’s world record. 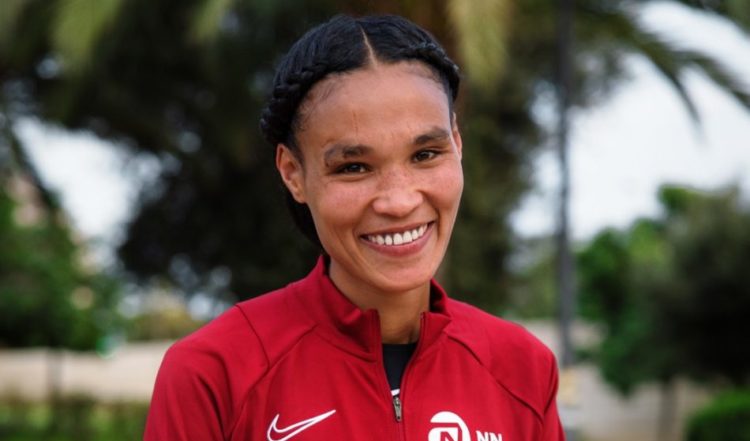 Sheila Chepkirui of Kenya was third in 64:53 and Brenda Kepleting of Kenya fourth in 65:44. In ninth, Ireland’s Fionnuala McCormack ran 69:32.

In the men’s race a dramatic late surge from Abel Kipchumba saw him take victory from fellow Kenyan Rhonex Kipruto in 58:07.

With 400m to go Kipruto looked like he had the race sewn up but Kipchumba finished the strongest as he went to No.6 on the world all-time list and improved his own world-leading mark from Herzogenaurach last month.

With a dramatic late surge Abel Kipchumba out-kicks Rhonex Kipruto to win the Valencia Half Marathon in 58:03 (TBC). pic.twitter.com/NL1UuvvJQ1