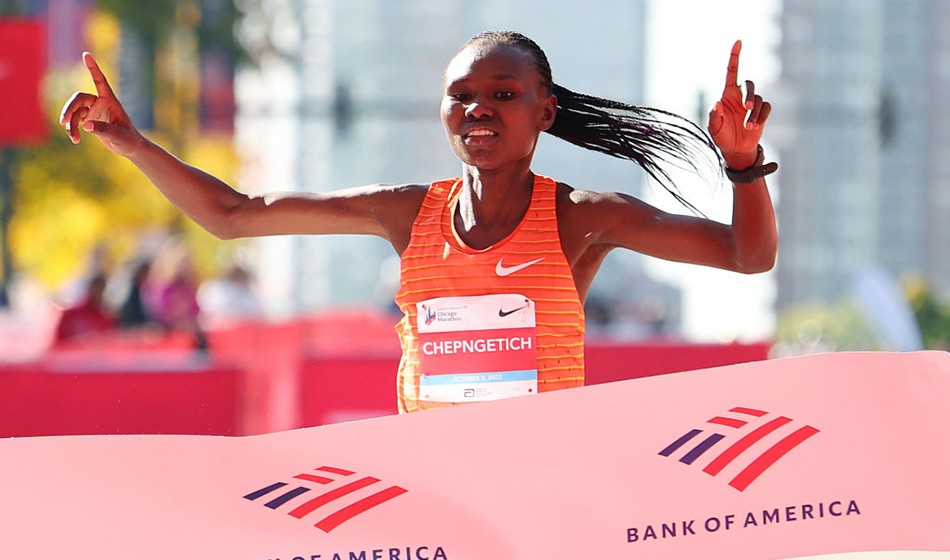 When it comes to pacing a marathon, Ruth Chepngetich broke every rule in the book at the Bank of America Chicago Marathon on Sunday (Oct 9). Setting off at a staggering 2:08 pace as she flew through 5km in 15:11, the 28-year-old Kenyan inevitably slowed dramatically in the latter stages. Yet she still clocked 2:14:18 – the second fastest time in history as she missed Brigid Kosgei’s world record by a mere 14 seconds.

After she won the world title in horrendously hot and humid conditions in Doha in 2019, we knew Chepngetich was tough. But in Chicago she used kamikaze tactics which have never remotely been seen before in a women’s marathon as she sped through 10km in 30:40 and halfway in 65:44.

Her second half of the race was almost three minutes slower than her first at 68:34. Question is, what could the diminutive distance runner have achieved with more sensible splits?

“I wanted to break the world record … but I’m happy,” Chepngetich said. “Next year I’m ready to come back again.”

Behind, Emily Sisson was delivering just that, with negative splits, as she smashed Keira D’Amato’s US record of 2:19:12 – set in Houston in January – with 2:18:29.

Helped by pacemakers such as Britain’s Jonny Mellor, the 30-year-old’s first half was a measured 69:26 and her second in 69:03 as she ran her own race several minutes behind the flying Chepngetich to finish runner-up to the Kenyan. 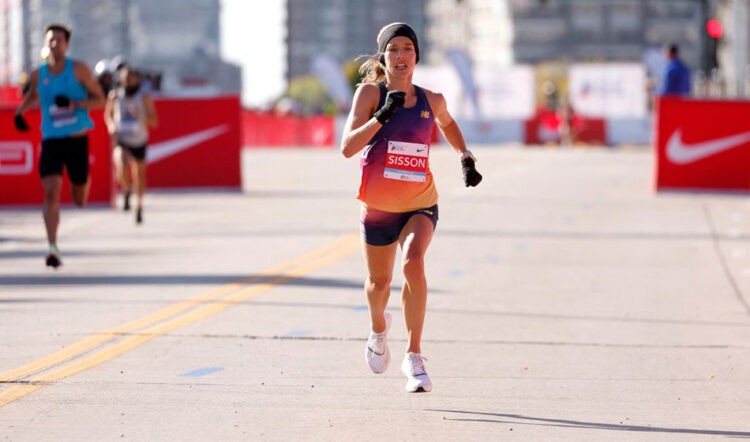 “I’m so overwhelmed — in the best way,” said Sisson. “I couldn’t have done it without my husband’s support this entire build up, the incredible pacing of Jonny Mellor and Brian Harvey my coach Ray Treacy, agent Ray Flynn, John Ball for keeping my body in one piece, and sponsor New Balance.” 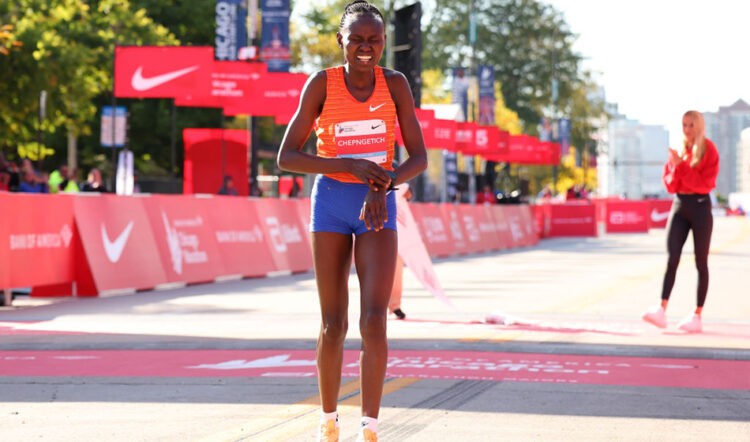 The men’s race did not quite have the drama of the women’s race but Benson Kipruto proved an emphatic winner in 2:04:24 as the Kenyan followed in the footsteps of his older brother, Dickson Chumba, who won the Chicago Marathon in 2015.

As the runners entered the final 10km Kipruto was battling it out with reigning champion Seifu Tura of Ethiopia plus Kenyans Bernard Koech and John Korir, but after Koech and Korir slipped off the pace he drew away decisively from Tura to win.

“There are two things,” said Kipruto. “A win and a personal best.”

Kipruto, who had passed halfway in 62:25, added: “I will say that I’m so happy that the success of the family continues. I’m here to take up from where he left.” 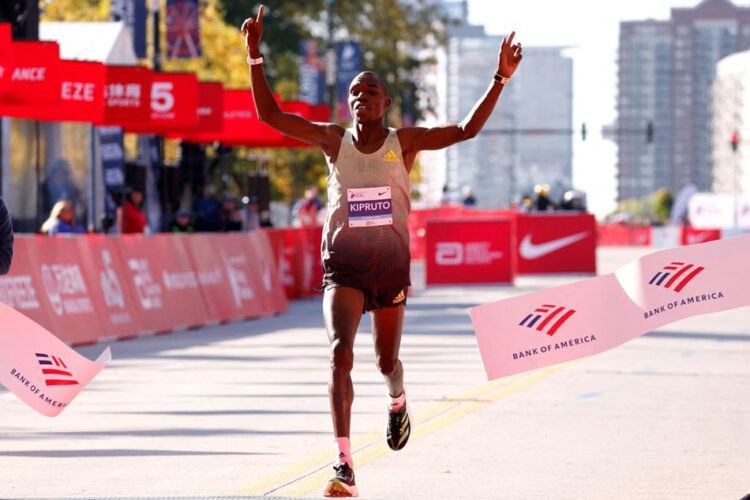 US hope Conner Mantz clocked 2:08:16 in his debut marathon to finish No.1 American.

The wheelchair races also saw impressive performances as Marcel Hug continued his winning streak to take the men’s title in a course record 85:21.

The Swiss athlete has now won marathons in Berlin, London and Chicago in recent weeks and took the win here by more than seven minutes from Daniel Romanchuk, who he out-sprinted on The Mall seven days earlier. 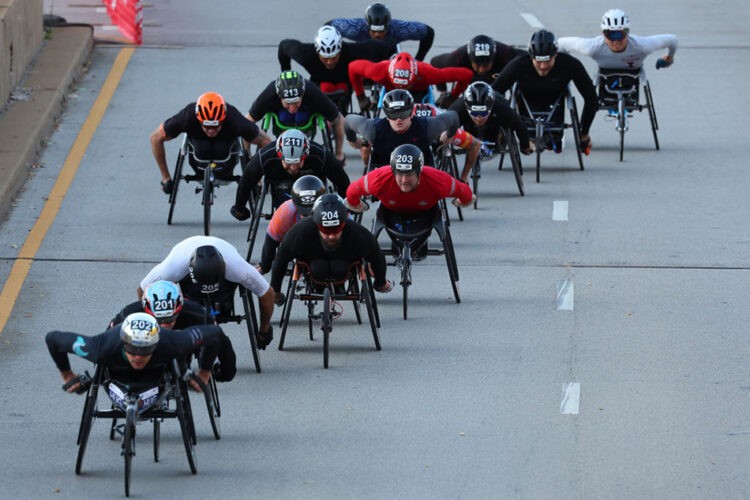 There was a similarly dominant win in the women’s wheelchair race as Susannah Scaroni of the United States took the win in 1:45:48.