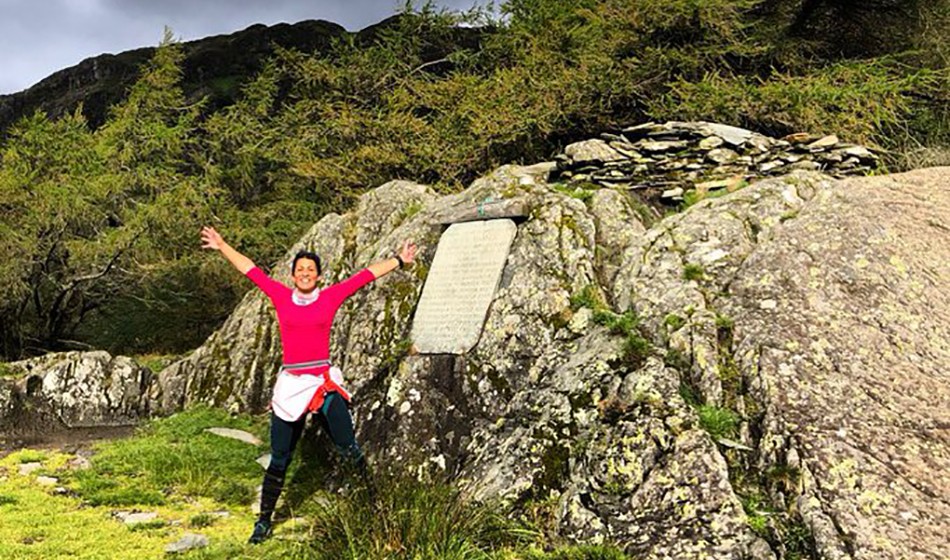 Verjee becomes the first woman to complete the legendary Wainwright Round non-stop, while Collison breaks the Lakeland 24-hour record

British ultra runners Sabrina Verjee and Kim Collison both completed impressive feats in the English Lake District over the weekend, with Verjee becoming the first woman to complete the 525km Wainwright Round in one go and Collison improving the Lakeland 24-hour record by scaling 78 peaks. 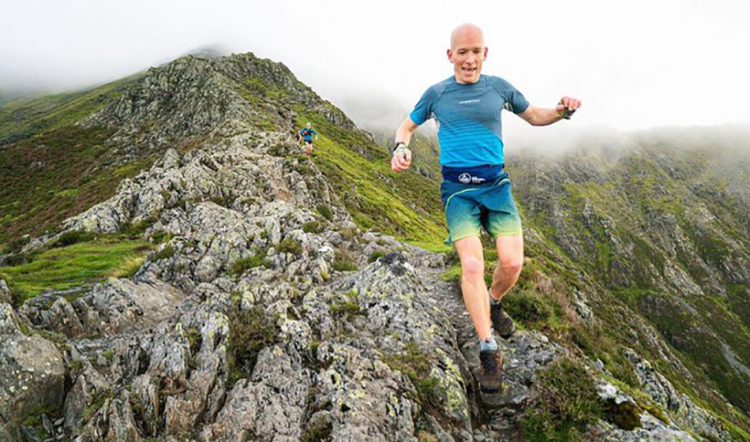 The legendary round includes the 214 mountains and hills that are featured in Alfred Wainwright’s seven-volume book set ‘A Pictorial Guide to the Lakeland Fells’.

The 39-year-old veterinary surgeon, who is based in Ambleside, now has the third fastest known time (FKT) for the course behind Paul Tierney’s 2019 record of 6 days, 6 hours and 5 minutes and Verjee was met at the finish by former Wainwrights record-holders Steve Birkinshaw and Joss Naylor.

Because of the coronavirus pandemic, she managed it with minimal support.

Sabrina has finished the Wainwrights in about 6 days 18 hours. 3rd fastest ever and first women. What an amazing achievement. Good to see Joss cheering her in. pic.twitter.com/4LGsbWbyC7

“I’m so happy to have completed my round and more than a little relieved. My right knee hasn’t been happy for a couple of days, so the final sections were very tough, especially as the fatigue really started to kick in,” said Verjee.

“I’d have loved to have invited more people to be part of the adventure, but in the current climate that wouldn’t have been responsible. However, my small team shared loads of messages of encouragement with me, which were a big boost.

“I’m so grateful to everyone who supported me during the round and it was very special to be joined by Steve and Paul, and then to see Joss at the finish. That says everything you need to know about the incredible camaraderie that there is in the endurance running community. I look forward to repaying that support during future attempts on the Wainwrights, but for now, I think that I’ll rest up for a while!”

Despite being the first woman to complete the round, Verjee later said she would not be claiming any record for the achievement, adding that she does not wish for her attempt to be ratified as she required some assistance due to her knee problem.

In a comment posted to the Fell Runners UK group on Facebook, she wrote in part: “I set off on my schedule that would see me challenge the overall Wainwright’s record. Things were going well but a few days in and my right knee became agonisingly painful and swollen. I needed assistance down Clough Head to the Old Coach Road – I had to lean on little Dave to take the weight off. At this point I realised that I was not going to be on a record pace and that it was going to be a struggle just to finish but I was committed to finish.”

Verjee added: “There were a few more descents where I had to lean on my supporters and I think that this allowed me to descend far quicker than I would have on my own. I visited every summit and made the entire way on my own efforts with every step taken by myself but having to lean on supporters to descend is not appropriate for taking a record.”

Among those to have been with Verjee for part of the challenge was her fellow La Sportiva athlete Collison who took this article’s lead image – Verjee on Castle Crag towards the end of leg one – and then a few days later completed his own ultra feat.

GB international Collison climbed a total of 78 Lakeland peaks within 24 hours to break a 23-year-old record which had been held by Mark Hartell.

A map of Collison’s journey can be found here, while Verjee’s is here.

Both routes started and finished in Keswick, with Collison having headed out at 3am on Saturday July 11, while Verjee’s journey started at 3am on Monday July 6.

Look out for an interview with Collison on our website soon.